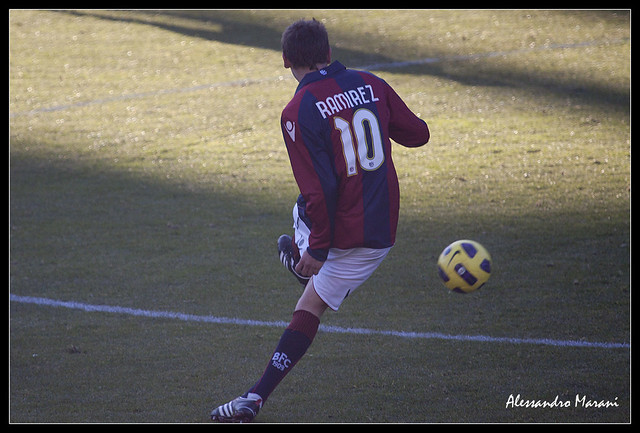 Liverpool could have another Uruguayan among their ranks next season after Bologna winger Gaston Ramirez – who has been heavily linked with a move to Anfield in recent months – confirmed an English side have opened talks over the 21 year old.

“All I know for sure is that an English club is ready to take Bologna’s 70 per cent and Penarol’s 30 per cent in him.”

“There are other teams interested, like Juventus, for example, but the only concrete offer for now is from England it will soon be given to Bologna. Can I say that moves will be made in the summer? Given the amount of clubs interested, I would say yes. ”

Obviously, this is a clear case of an agent talking up his client, but Liverpool’s interest has been very strong. With Sebastian Coates and Luis Suarez already at Anfield he would easily feel at home.

“We will sit down in June and see what the best path for his [Ramirez] future is. He has many suitors, but for now, he is enjoying his time in Bologna.

“He aspires to play for a big team, and we will try and get the most from him to ensure a bright future for this club.”