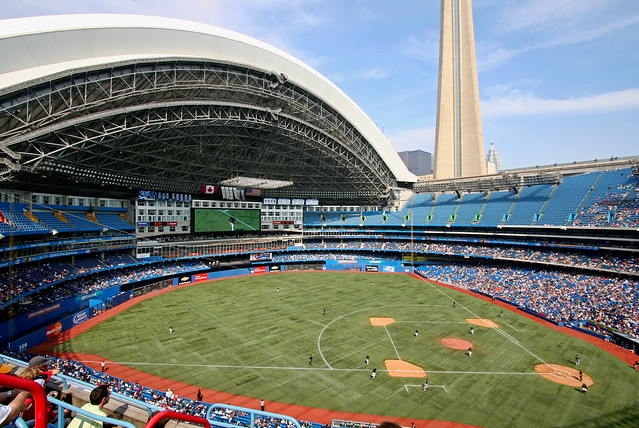 Canadian press are reporting that Liverpool will play in Toronto on July 21st as part of their pre-season North America tour this summer, with the football betting for next season’s hopes for more silver wear already underway.

The Reds have already confirmed dates in Boston – against AS Roma on July 25th – and Baltimore – against Tottenham on July 28th.

According to reports locally, Liverpool will play FC Toronto at the Rogers Centre (previously known as the SkyDome), in the shadows of the famous CN Tower. The Rogers Centre is a multi-purpose stadium that can hold up to 50,000 supporters for ‘soccer’ games.

When Man United played Celtic there in 2010, 39,193 where in attendance, and a natural grass pitch was specifically laid for the match. Liverpool will no doubt have insisted upon such for their visit too. 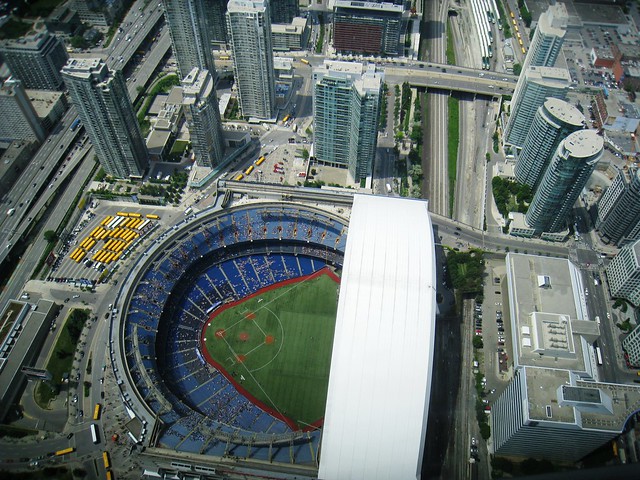 Rogers Centre, as viewed from the CN Tower.

FC Toronto, also known as The Reds, were formed in 2006 and play in the US’ Major League Soccer. They normally play at the much smaller BMO Field and are coached by former Ajax and Inter Milan defender Aron Winter. Their ‘designated player’ is Danny Koevermans – the former PSV striker.

UPDATE: This game has now been confirmed.