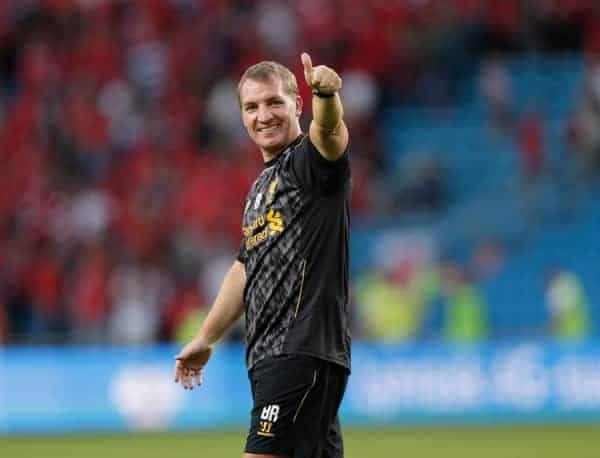 Liverpool boss Brendan Rodgers is confident there will be further additions to his squad before the transfer window closes, with reports on Monday suggesting one deal is imminent.

Rodgers told The Telegraph “I am confident that we will add to the team.”

Rodgers is hoping to bolster his squad with the imminent signing of Granada left-back Guilherme Siqueira.

Siqueira, a Brazilian with Italian citizenship, is keen to quit Granada, who he joined three years ago from their parent club, the Serie A outfit Udinese, and the 27-year-old is thought to be available for around £8million although Liverpool would hope to pay less.

Liverpool are believed to be close to the £5m signing of Granada’s left-back Guilherme Siqueira.

Siqueira has an eye for goal for a full-back, having scored 12 goals in his last two seasons in La Liga – albeit mostly via penalties.

Rodgers confirmed earlier this summer that left-back was an area he was looking to strengthen, with Jose Enrique the only recognised player in that position in the squad. The Reds have also been linked with Valencia’s Aly Cissokho and Benfica’s Lorenzo Melgarejo. Earlier this summer it was reported that Liverpool had a bid turned down for Chelsea‘s Ryan Bertrand.

Meanwhile, Rodgers revealed they Liverpool are “looking for someone top left with pace and who can score goals.”

He also hinted that he was looking for first-team players rather than squad players, he is quoted in The Liverpool Daily Post explaining:

“I don’t think there is any doubt we need that [to add to the team].

It could be a busy week at Anfield, with reports continuing to link Stewart Downing with a move away and Diego Costa being linked despite suggestions he has agreed a new deal at Atletico Madrid. We should find out more this week.