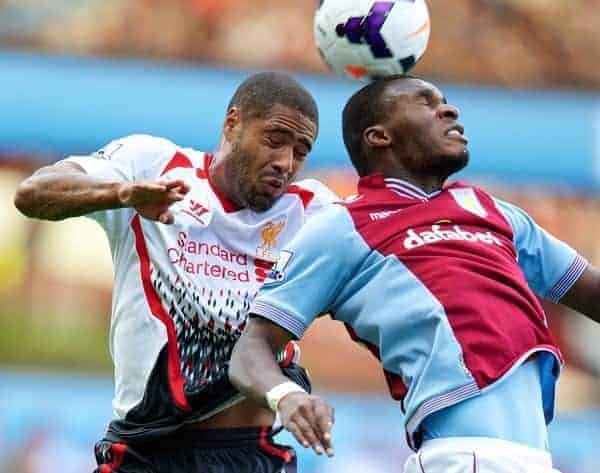 Liverpool have been dealt a major blow by news that right-back Glen Johnson faces up to ten weeks on the sidelines with the injury he picked up against Man United.

The England international, 29, suffered a high ankle sprain in a challenge with Patrice Evra in the 1-0 win at Anfield.

Last week, Liverpool confirmed the news of the injury suffered – a high ankle sprain – but didn’t give a timescale on recovery. The Liverpool Echo today report the possible ten weeks.

Johnson’s injury meant a re-think on plans to loan out Andre Wisdom to Wigan on deadline day, and the newly appointed England Under 21 captain is now expected to deputise in Johnson’s absence. Brendan Rodgers had hoped to give him experience in his more natural centre-back role at the Championship club.

Recommended reading: Liverpool’s formations and tactics: The coming of age

Meanwhile, the news on Daniel Sturridge – who has been removed from the England squad to play in Ukraine – is better, with Liverpool hopeful he will be back for the trip to Swansea a week tonight.