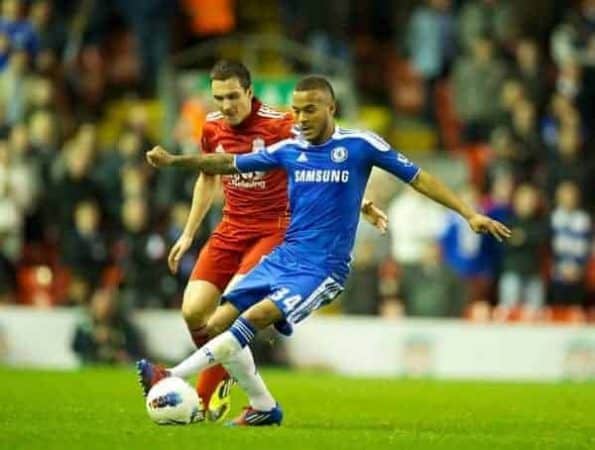 Jose Enrique is sidelined until February, Aly Cissokho has failed to impress, Jon Flanagan deputised there against Everton – Liverpool will certainly be targeting a left-back in the January transfer window.

Here’s five players Brendan Rodgers could turn to to vacate the perennial problem area at Anfield.

Liverpool had a bid for the Chelsea and England defender turned down in the summer, but Rodgers could return for the 24 year-old who has made just three appearances this season under Jose Mourinho.

Could Bertrand have a similar impact as another Chelsea outcast, Daniel Sturridge, had last January?

Rodriguez is a 21 year-old Swiss left-back, currently impressing at German side Wolfsburg. Squawka’s Karl Matchett recommended the player in an analysis earlier this month.

He’s described as a “stand out as an all-round defender” and Bundesliga’s highest-ranked defender.

“Liverpool are lining up a bid for Hamburg defender Dennis Aogo after learning that the German international could be available for as little as £2.5m” wrote The Express earlier this month – citing German newspaper Bild for the source of the interest.

They claim the Reds will face competition from Bayer Leverkusen and AS Roma for the 26 year-old German.

The Portuguese international is reportedly a target for both Manchester United and Tottenham, having been reduced to a peripheral role at Real Madrid under Carlo Ancelotti.

He’d certainly fit the style of play at Anfield, able to provide attacking qualities from left-back.

Liverpool allegedly scouted the teenage Dutch left-back last year, who has made over 50 appearances for PSV despite his age. He’s already made 11 appearances for the Dutch national team. If Liverpool in for Willems, they’d surely face competition from other clubs around Europe.