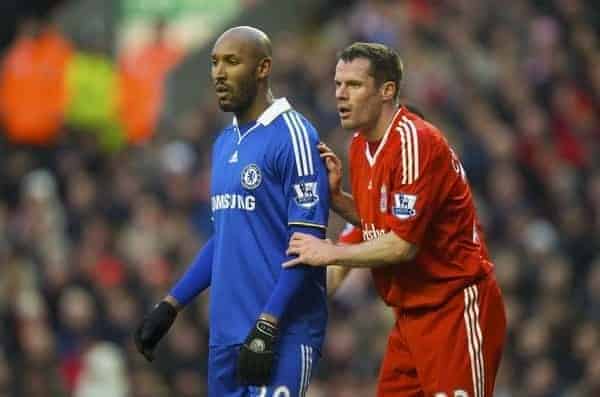 Liverpool and Chelsea have had some wonderful tussles over the years, whether it be in the Premier League or domestic and European cup competitions. Henry Jackson (@OnFootballTweet) takes a look at the five best Stamford Bridge clashes.

The Reds travelled to west London back in 1986 knowing victory would seal the First Division title. It was to be an unforgettable day for player-manager Kenny Dalglish.

Liverpool had won 10 of their last 11 games, and the game’s pivotal moment came midway through the first half. Jim Beglin found Dalglish with a clever pass, and the legendary Scot finished sublimely after taking the ball down on his chest.

The travelling Reds fans went wild, and the win sealed the club’s 16th league title, having trailed Everton by eight points at one stage.

Liverpool had gone almost 14 years without a win at Stamford Bridge, but Gerard Houllier and his side finally picked up three points there, in a gritty encounter.

Bruno Cheyrou, a huge disappointment at Anfield having been touted as the “next Zinedine Zidane”, scored the only goal of the game. Terrific work from Emile Heskey led to the Frenchman firing home an unstoppable effort from close-range in the first half.

It was the 25-year-old’s first league goal for the Reds. El Hadji Diouf was dismissed late on, after an incident involving Adrian Mutu, but Houllier’s men clung on for a huge win.

Chelsea were unbeaten for a incredible 86 home league games going into this clash back in 2008, but Rafa Benitez’s side earned a historic, fully deserved win to end the record.

Xabi Alonso’s deflected strike in the 10th minute was the difference on the day, and the win was made even more impressive because Liverpool were without star striker Fernando Torres.

Jamie Carragher, in particular, was absolutely outstanding for the visitors, and they ended up finishing 2nd in the league behind Manchester United.

This was one of the greatest Champions League matches of all time and, although Liverpool went out on the night, it was a phenomenal effort on their part.

They trailed 3-1 from the first leg of the semi-final clash, and nobody gave the Reds much hope of even making a game of it in the return fixture. Fabio Aurelio’s stunning free-kick gave them the lead, before Alonso’s penalty made it 2-0.

Goals from Didier Drogba, Alex and Frank Lampard turned the game on its head, but Lucas and Dirk Kuyt incredibly put Liverpool 4-3 up and within one goal of making the final.

Lampard scored again to finally finish Benitez’s team off, but it had been a wonderful effort by them.

Liverpool made it through to the semi-finals of the Carling Cup after a terrific victory over Andre Villas-Boas’ side two years ago.

Despite Luis Suarez being rested for the game, Dalglish’s side were fully deserving of the win on the night. Andy Carroll missed a first half penalty, but goals from Maxi Rodriguez and Martin Kelly saw the Reds progress despite that setback.

They would go on to win the trophy, beating Cardiff on penalties in the final.