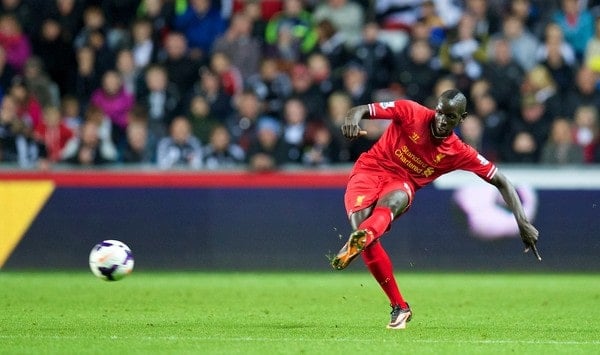 Liverpool have been dealt a blow with the news that Mamadou Sakho won’t be fit to face Everton on Tuesday and faces another two to three weeks out.

Speaking at his pre-Everton press conference, manager Brendan Rodgers was asked about the Frenchman’s fitness and revealed the news.

Sakho picked up a hamstring injury in the defeat at Chelsea over Christmas.

In Sakho, and Daniel Agger’s, absence, Liverpool have been forced to pair Kolo Toure and Martin Skrtel at the back. Toure moving from his usual right sided position to the left. They’ve leaked eight goals in their three Premier League games they’ve started together (at Hull, at Stoke and home to Aston Villa)

Meanwhile, midfielder Joe Allen is back in training but may not be risked for the Merseyside derby.

“What we don’t want to do is risk another injury. We have to think not only for tomorrow night” explained Rodgers.

“He’s still got a bit of time to decide that. It’s a case of assessing Joe on whether or not this game will push him too much.”