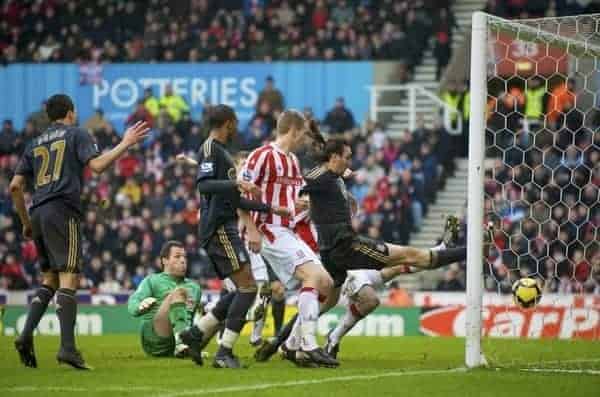 Liverpool are in action against Stoke City at the Britannia Stadium this afternoon (4:10pm kick off) looking to end their poor run of form at the Potteries. Kolo Toure and Martin Skrtel partner each other in defence – the last time they did so was the defeat at Hull City.

Steven Gerrard returns to the starting eleven for the first time in a Premier League game in 2014. He’s alongside Lucas and Jordan Henderson.

Daniel Sturridge is fit enough for a place on the bench but there’s no Mamadou Sakho in the squad due to injury.