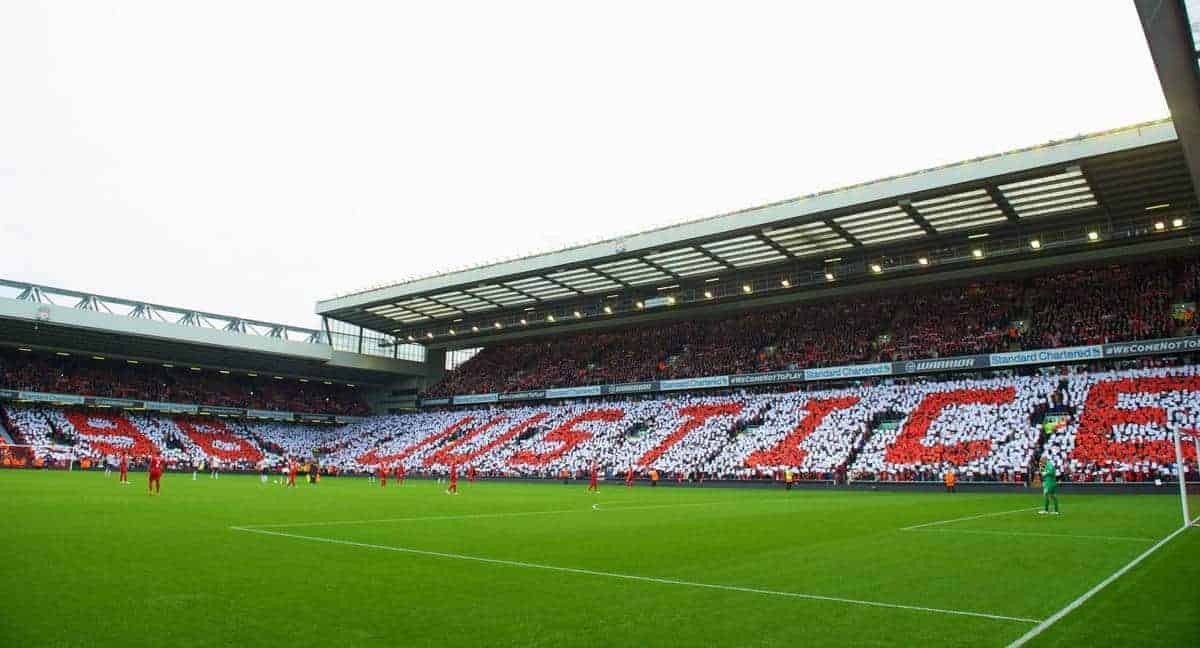 The HFSG announced today that a special charity event involving Liverpool players past and present will take place at Anfield on Easter Monday, 21st April 2014, to celebrate the lives of the 96.

The ‘Celebration of the 96’ event, which has been planned by the Hillsborough Family Support Group with support from Liverpool FC, will include a 90 minute match between local Liverpool legends vs international Liverpool legends, and a community football session on the pitch with first team, academy and ladies players all involved.

Fans who buy a ticket by Friday 4th April 2014 will also have the chance to enter a competition to go onto the pitch at Anfield to meet with first team players and put a question to one of them as part of a Q&A session.

Tickets for this very special one-off event will be priced at just £15 for an adult and £5 for kids. All proceeds will be split between the Hillsborough Family Support Group and LFC’s charity, the Liverpool FC Foundation, which will be put back into the local community through the Foundation’s programmes.

More details of this celebratory event will follow but some of the legends who will be playing for the LFC local team, which will be managed by Kenny Dalglish, are: David James, Jamie Carragher, Gary McAllister, Ray Houghton, Ian Rush, Robbie Fowler, Steve McManaman, Peter Beardsley and John Barnes.

There will also be plenty of pre-match entertainment before Kick-off at 2pm.

Margaret Aspinall, Chair of the Hillsborough Family Support Group, said: “We wanted to host an event to celebrate the lives of the 96 and give people the opportunity to come to Anfield for a fun afternoon.

“We’ve decided to split the proceeds with LFC’s Foundation so it will not only support the families but also support the future generations within the Liverpool community.

“It’s great to see the current and former Liverpool players showing their support in numbers and I hope a lot of people will come along to join us on the day.”

Kenny Dalglish, added: “This is a great opportunity for the families and fans to come together at Anfield for a celebration in honour of the 96.

“Everyone here at Liverpool Football Club is behind this event and it is also great to see so many former players travelling in to make this a special day.”

Tickets will initially be available to season ticket holders and LFC members from Friday 28th February 2014, with a general sale to follow week commencing 10th March 2014.