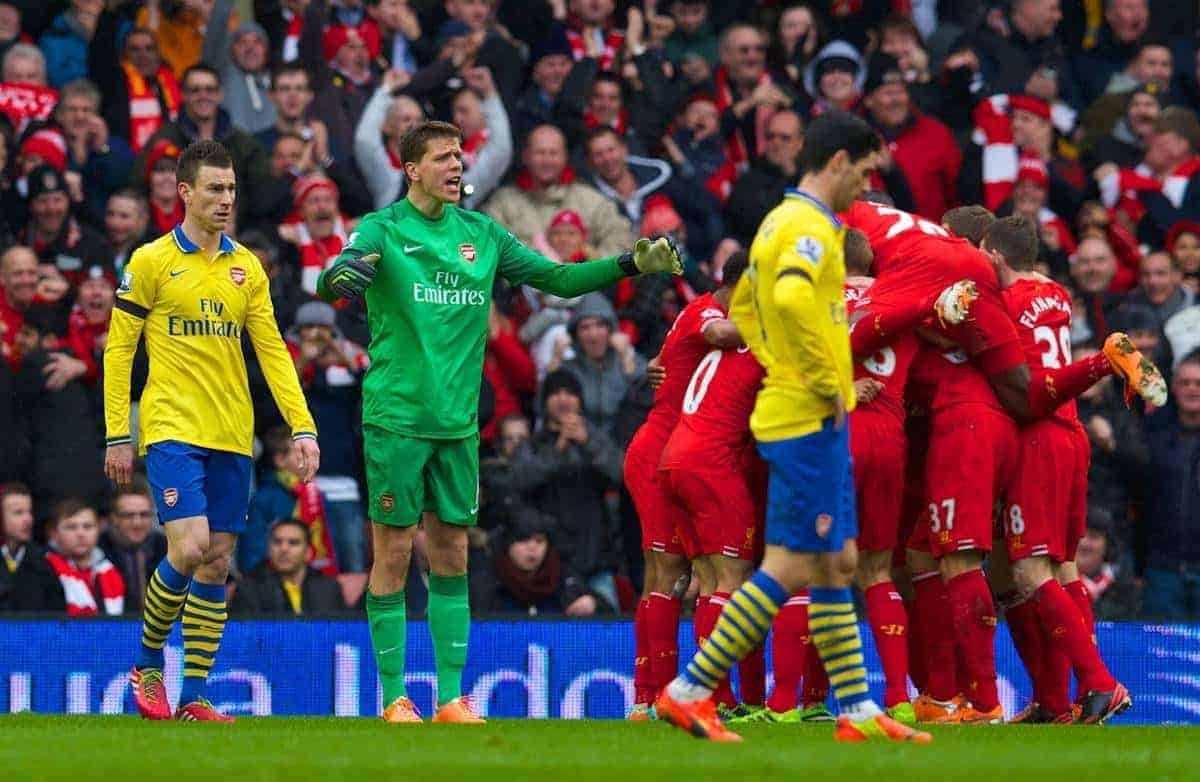 Liverpool produced one of the most incredible first-half performances Anfield has witnessed in years to destroy Premier League leaders Arsenal. “Poetry in motion, tra la la la la” sang The Kop, and they weren’t wrong. This was football poetry – except nobody would have been brave enough to have written it.

Liverpool were simply sensational and blew the Premier League leaders away inside the first 20 minutes.

The Reds took the lead after just 50 seconds, Martin Skrtel getting a touch on Steven Gerrard’s beautiful free-kick.

It was the same combination after 10 minutes, Gerrard’s corner headed home by the Slovakian for 2-0.

In between times, Suarez had hit the post with an absolutely thunderous strike from 25 yards, volleyed on the turn. It would have been a goal of the season contender.

Brendan Rodgers’ side pressed Arsenal and attacked them with blistering speed, creating chance after chance.

The second half saw Sterling add his second and Liverpool’s fifth, following up his own rebound.

The only blot on the copybook arrived when Steven Gerrard gave away a penalty which Mikel Arteta finished.

After hammering Everton 4-0 in their last home game, Liverpool dropped points at West Brom. They need to ensure they capitalise on today’s victory with three points at Fulham on Wednesday.