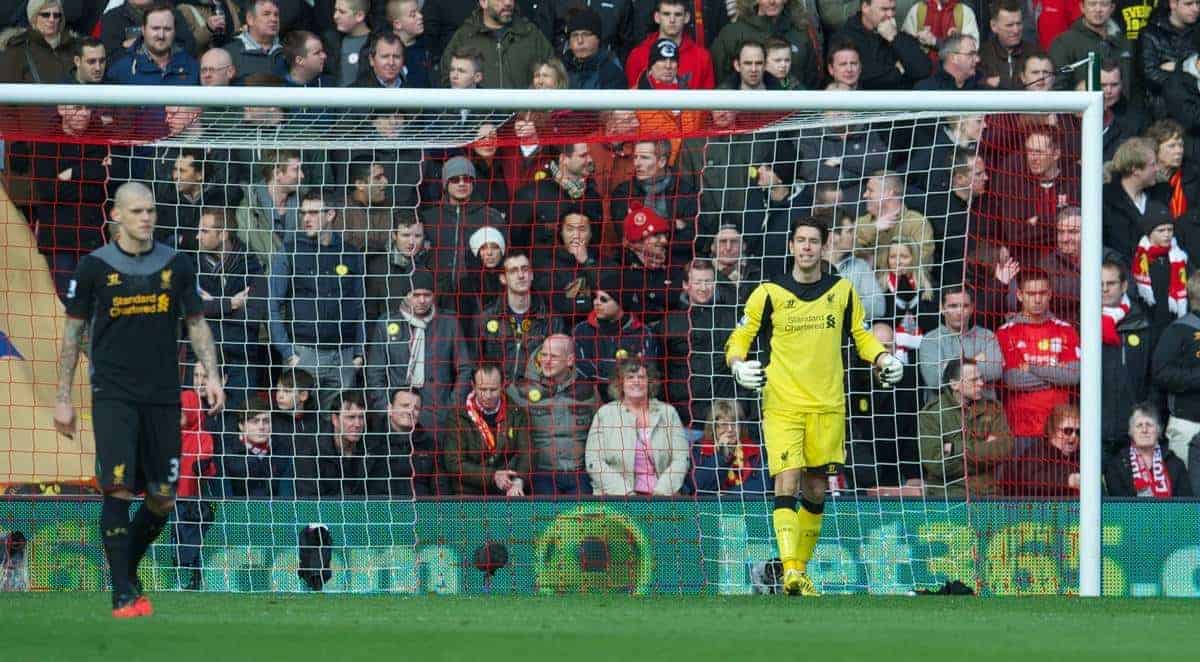 A hugely depressing afternoon for Brendan Rodgers and his side last season saw Liverpool’s faint top four hopes all but ended.

Although Philippe Coutinho pulled one back for the Reds right on half-time, their hopes were put to bed after the break. Rodriguez was allowed to run at the Liverpool defence, and he scored at the second attempt to guarantee all three points.

Rafa Benitez’s first trip to St Mary’s as Liverpool manager was an unsuccessful one, as the Reds continued their unpredictable league form back in the 2004/05 season.

Mauricio Pellegrino, the Argentine veteran, endured a disastrous afternoon, and it was poor defending by him that led to Southampton‘s opener. He lost possession to David Prutton, who exchanged passes with future Red Peter Crouch before finishing well.

The lead was soon doubled, and this time it was Prutton who turned provider for Crouch. His cross was met emphatically by the big striker in the 22nd minute, and Liverpool never responded.

Michael Owen missed an important penalty, not for the first time in his Liverpool career, as the Reds suffered yet more misery on the south coast a decade ago.

Gerard Houllier’s side dominated the first-half but missed numerous chances, with Owen squandering a golden opportunity when clean through on goal after 45 minutes.

They were punished shortly after the interval, as James Beattie finished coolly to put the Saints ahead. Owen’s missed penalty with 18 minutes remaining was critical, as Kevin Philipps’ deflected effort sooner after put the game to bed.

Liverpool’s only win in their last five attempts at St Mary’s came 11 years ago, with Emile Heskey’s goal the difference between the two sides on a cold January evening.

The Reds had gone an astonishing 12 games without a win in the Premier League going into the match, and Houllier was under real pressure.

Heskey’s goal, a header after 14 minutes, was the striker’s first in 19 games, and the visitors clung on to earn a crucial three points for the manager, players and fans alike.

Liverpool blew a golden opportunity to go second in the Premier League during the 2001/02 campaign, as a sloppy display saw them beaten at the home of Southampton for the first time in eight years.

The Reds created chances in the first half but the on-loan Nicolas Anelka, in particular, was guilty of not being clinical enough in front of goal.

In the 60th minute Sami Hyypia conceded a penalty, after bringing down Matt Oakley, and Beattie dispatched the spot-kick. John Arne Riise, on as a substitute, then disastrously sent a looping head into his own net, as Liverpool’s title dreams were dealt a huge blow.