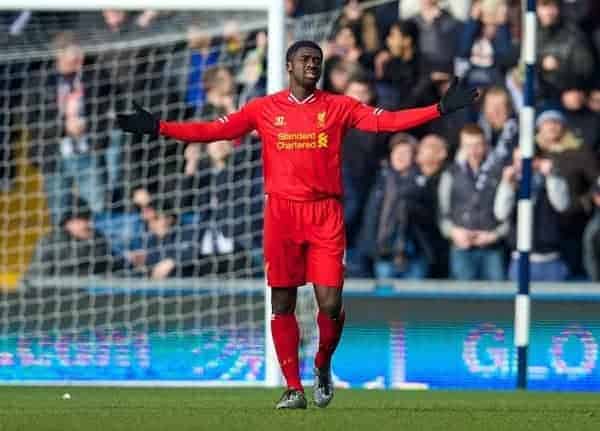 Liverpool took the lead through Daniel Sturridge on 24 minutes, the in-form striker scoring in his sixth consecutive game from Luis Suarez’s cross. The goal was the England international’s 50th Premier League goal.

But West Brom equalised when Kolo Toure inexplicably played a pass across the back to gift Anichebe the equaliser on 66 minutes.

Liverpool failed to apply any control to the game or tempo to their play, struggling on a bumpy pitch and looking jaded from their midweek exploits against Everton – signs of their thin squad showing within days of the transfer window closing without any additions arriving.

Simon Mignolet made a superb save from Gareth McAuley’s header off a corner shortly after the break but the Belgian’s distribution again proved problematic, his ball to Toure placing the defender under pressure for the goal.

The two points dropped were another missed chance to cement Liverpool’s place in fourth position after defeat for Man United yesterday. A win would have put Rodgers’ side nine points ahead of their rivals.

DS Goal vs WBA by LFCmostar