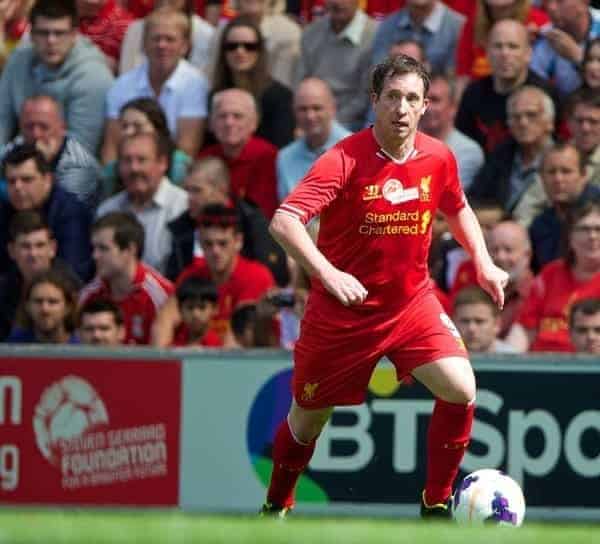 Liverpool great Robbie Fowler says his old team are capable of ending their long wait for a Premier League title in May.

Fowler, who scored 183 times for the club, says Brendan Rodgers’ men are now “nailed on” for a return to the Champions League – but believes they can achieve even more this season.

Fowler admits bringing the championship trophy back to Anfield for the first time since 1990 will be tough but says there is no reason Liverpool cannot do it.

“At the start of the season Liverpool’s aim was to get into the top four,” Fowler told RTE’s Soccer Republic.

“That was always going to be tough because the squad’s not as [deep] as a lot of the teams in the Premier League.

“Look, I hope, I’m right in saying this but I think they’re nailed on for a Champions League [spot].

“They deserve to be there. At the time now, they are second in the league, they are not lucky, they are there on merit and they’ve been exciting and they’re good to watch this year.”

Fowler added: “It’s going to be tough because Chelsea, Man City and Arsenal are all good sides and potentially got bigger and better squads but Liverpool are there on merit and I don’t see any reason why they can’t win it.

“It will be tough but they have as good a chance as anyone else.”