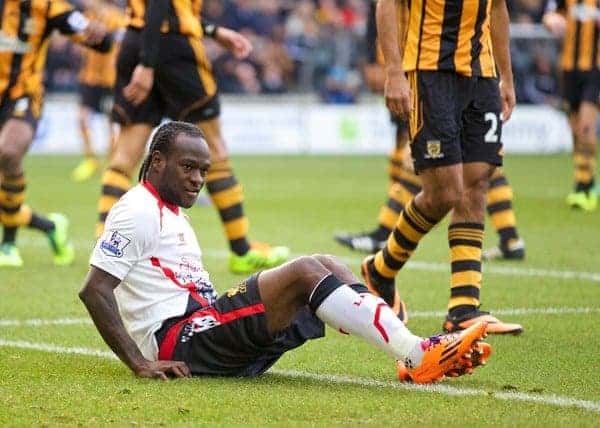 Victor Moses says he’ll return to Chelsea this summer after his season long loan at Liverpool. Moses told Sky Sports “I’m a Chelsea player. I came to Liverpool to do a professional job for them but I’m going back to Chelsea at the end of the season to try and fight for my spot.”

It’s hardly unexpected news, with the 23-year-old having failed to impress at Anfield, starting just nine games for Brendan Rodgers’ side.

Moses’ Liverpool career had promised much, with a goal and an impressive performance at Swansea back in September. But the form of Luis Suarez, Daniel Sturridge, Philippe Coutinho and Raheem Sterling has seen Moses become a peripheral figure.

When he has made substitute appearances he’s been far from impressive.

Speaking of the title race though, Moses said “We’re all gelling together and working hard as a team, which is the most important thing. In the training sessions, everyone is at it to make sure we win every single game.”

No Liverpool supporter had expected Moses, or fellow loanee Aly Cissokho, to have their deals made permanent this summer and instead will be looking forward to seeing Fabio Borini and Andre Wisdom return from their spells at Sunderland and Derby County.