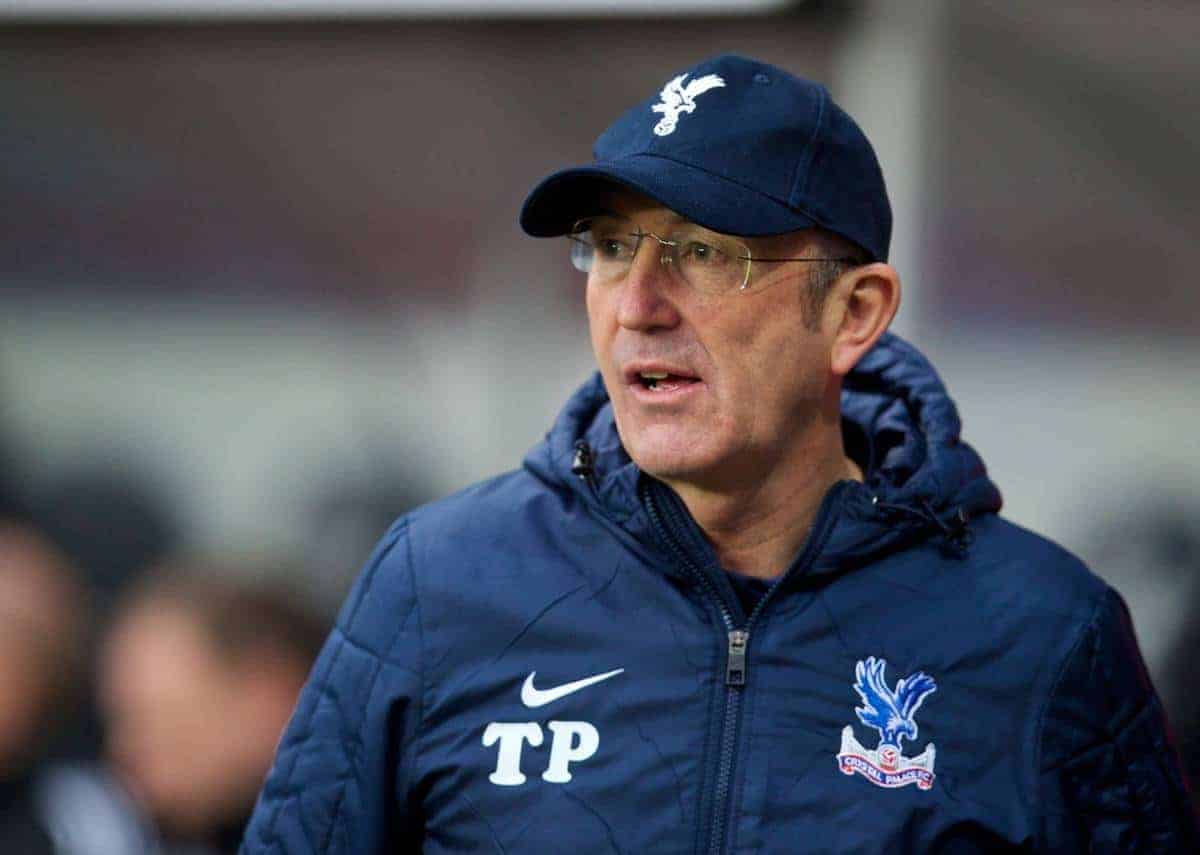 Ahead of Monday’s Premier League clash between his side and Liverpool, Crystal Palace boss Tony Pulis appeared to be critical of Liverpool’s spending.

Pulis’ comments referred to the spending of both Brendan Rodgers and his predecessor Kenny Dalglish, each who have spent in excess of £100 million, and rewarded lucrative contracts to the likes of Luis Suarez and Steven Gerrard.

Pulis fails to see the bigger picture of what’s happening at Anfield and reeks of hypocrisy from his days at Stoke, where spending money didn’t automatically ensure success.

He was quoted in the Metro as saying, “If you look at Liverpool, it is on a different level from this football club in every way, shape and form.

“I think there has been a lot of investment in Liverpool. I think people forget.

“When Kenny [Dalglish] was there, they spent over £100m. I think Brendan has spent over £100m, they are paying players in excess of hundreds of thousands of pounds a week.”

Since Brendan Rodgers came to Anfield, he has spent £98.1 million on players — to be fair, just £1.9 million short of Pulis’ estimation.

However, Rodgers has recouped £36.5 million in that time, including the sales of Andy Carroll for £15.5 million, Stewart Downing for £6 million and Pulis’ own pride and joy, Charlie Adam for £4 million.

That makes Rodgers’ net spend at Liverpool just £61.6 million. Figures will differ slightly depending on what data you use, but it is around that mark.

In spending £61.6 million, Rodgers has taken Liverpool from a side that narrowly finished eighth ahead of Fulham in 2011/12 to a team that will finish in the top three in 2013/14.

A remarkable turnaround, spearheaded by superb coaching and club structure since Rodgers’ appointment.

Furthermore, Rodgers has invested in youth and the future of the club with Luis Alberto (£6.8 million), Tiago Ilori (£7 million) and Mamadou Sakho (£18 million) coming in last summer.

Amit Singh of ThinkFootball.co.uk questioned whether Pulis should be doing a better job at his former club Stoke City shortly before he was sacked by the Potters.

Singh looked at Pulis’ spending at the Britannia Stadium between 2010 and 2013, which included the signings of Wilson Palacios for £8million, Peter Crouch for £10million.

Singh wrote in his article published in March 2013:

One argument is that Stoke needed to spend large sums to secure their position in the Premier League. A side like Spurs for example has spent large in the past and thus no longer needs to. However, the same could be said of Norwich or Swansea. Norwich have spent far less than Stoke and are only one place below them. Swansea are two places above them having spent only £6,250,000, a fraction of Stoke’s spend.

Around the same time, Stuart James of The Guardian also questioned Pulis’ achievements at Stoke when taking his spending into account, writing:

Peter Coates, the chairman who knew his decision to bring Pulis back would be unpopular with some supporters, has been the most generous of benefactors, providing the funds to transform the club’s training facilities and compete in the transfer market. Stoke’s net spend over the past five seasons is not far off £80m. To put that figure into context, only Manchester City and Chelsea have spent more.

With that £80m figure in mind, there is an argument to be made that Coates, never mind the supporters, is entitled to expect a bit more, not only in terms of the league position but also entertainment value. With 27 goals from 30 matches this season, Stoke are the second-lowest scorers in the Premier League, behind Queens Park Rangers.

In the interests of fairness, Pulis’ comments were sandwiched between a lot of praise for Rodgers and his regime at Liverpool so far.

“He’s done a smashing job, a wonderful job,” Pulis is quoted on the official Liverpool website as saying.

“He’s put his identity on the football club which I always enjoy – I always like it when a manager goes in somewhere and you can see their identity.

“Brendan served his apprenticeship at the lower levels which is nice to see and he’s a British manager as well which is a bonus.”

No one is denying the remarkable job Pulis has done to transform the fortunes of Palace since he took over from Ian Holloway this season, and he right in saying his club and Liverpool are world’s apart.

But before Pulis decides to bring out his agenda and calculator against the big clubs and their spending, he may want to look at his own track record of expenditure with underwhelming results.

All transfer figures from transferleague.co.uk.