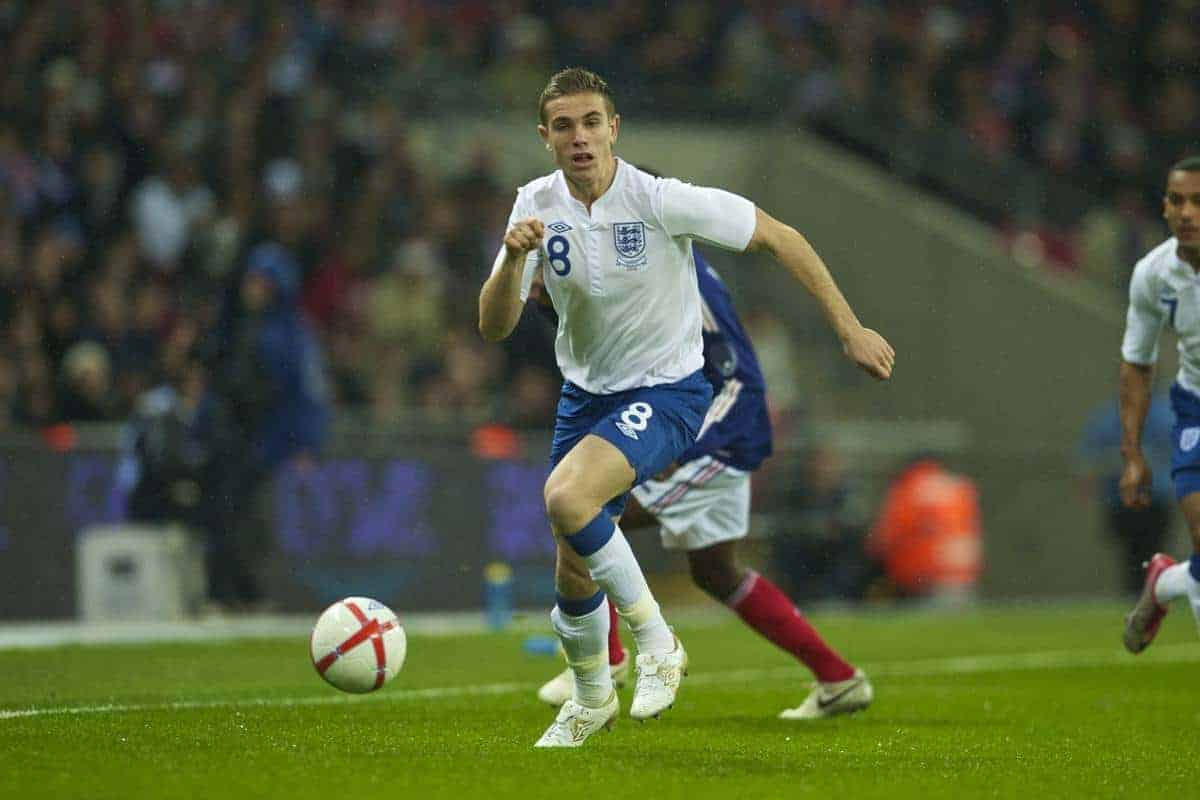 The Three Lions are already out of the 2014 World Cup after just two games, but why have Liverpool’s 2013/14 heroes under performed so much under Roy Hodgson? Henry Jackson (@OnFootballTweet) assesses the former Reds manager’s ineptitude in Brazil.

When it became clear that England manager Roy Hodgson was going to build his World Cup side around Liverpool’s stars of last season, who came second in the Premier League and played the most expansive football in the country, there was reason to be optimistic.

It was plainly obvious, however, that the four stars of the Reds’ campaign, Steven Gerrard, Jordan Henderson, Raheem Sterling and Daniel Sturridge– Glen Johnson blew too hot and cold last season to be mentioned in the same breath- would not be the same for their country.

The sole reason for this is Hodgson and his general incompetence.

The former Liverpool boss, who lasted barely six months in the Anfield hot-seat during the 2010/11 season, could not be more different to Brendan Rodgers in terms of his footballing philosophy, and that has been evident when you look at how the Reds players have performed.

Gerrard has taken plenty of flack for his error-strewn performance against Uruguay and his general ineffectiveness, but Hodgson simply didn’t use him in the right way.

At 34, age is more than catching up with him, and as Rodgers realised to such great effect last season, he must have two midfielders alongside him against top class opposition.

He invariably had two of Henderson, Lucas Leiva or Joe Allen partnering him in the middle, and if only one played next to him, usually against weaker sides, Sterling or Philippe Coutinho would offer enough defensive help in the ‘number 10’ role for it not to be an issue.

Instead of this, Hodgson has deployed Gerrard in a two-man midfield, with Sterling and Wayne Rooney clearly not told to track back and help out a lot.

This is tactical suicide for a player of Gerrard’s age, and he has been overrun at times. Imagine Italy boss Cesare Prandelli using Andrea Pirlo in a two-man midfield.

Another thing that has hindered the Liverpool captain’s performances has been the lack of options when he has the ball at his feet.

At Liverpool he has flourished so much in the deep-lying playmaker role because there was always somebody in space or making an intelligent attacking run. England are horribly rigid in comparison, and Gerrard has invariably had to play a cautious easy pass instead.

Henderson has probably been the player most affected by Hodgson’s negativity, despite being one of England’s better players.

The 24-year-old has simply not been let off his leash, instead given the role of sitting as deep as Gerrard. If you don’t let him surge forward and display his magnificent engine it’s almost not worth having him in the side.

His box-to-box style was vital for Liverpool last season, and his attacking prowess silenced a lot of critics who felt he was lacking in creativity and goals.

For England he has looked a fairly boring player- no fault of his own- barring the odd attacking burst. Some will argue that he has had to sit deep in order to not leave Gerrard isolated, but a three-man midfield would have solved that issue.

Hodgson deserves credit, in fairness, for picking Sterling for the opening game against Italy, but considering the 19-year-old was the Three Lions’ star player in a central attacking role, what he did next was inexcusable.

In order to accommodate Rooney, who the English media have tried so desperately to hail as some sort of genius over the last few weeks, Sterling was moved to the right-hand side, and was subsequently nowhere near as effective.

To put it bluntly, Hodgson bottled it. He moved his most dangerous attacking player away from the position he thrived in, in order to please a high-profile player who has not delivered consistently for England since Euro 2004.

The Manchester United man was far from poor against the Uruguayan’s, but Sterling would have been far more effective in a central role, running at Uruguay as he did against Italy in the first 45.

Sturridge has probably been the Liverpool player least affected by the vast contrast in managerial expertise between Rodgers and Hodgson.

The striker has been used as a centre-forward, his favoured position, but has struggled to hit the heights of last season. He hasn’t been himself for a couple of months now in truth.

Despite this, the 24-year-old definitely has not been given the same level of service he’s got used to at Liverpool.

With Gerrard and Henderson both very deep, the hugely overrated Danny Welbeck playing as a winger and Rooney fairly ineffective, it was understandable to see why Sturridge has cut a frustrated figure at times.

On the one occasion he was found with a terrific pass in the opening two games, by Rooney, he finished it with typical aplomb. Most of his other efforts on goal have been created by himself rather than a teammate.

He hasn’t looked the confident, almost arrogant, star that we’ve seen at Anfield since he arrived there in January 2013.

Nothing much was expected of England at this World Cup – largely due to Hodgson being an expert in lowering expectations – but to be eliminated before even playing their last group match represents a new low.

The Liverpool axis of the side had the potential to make the Three Lions a surprise package at the tournament, as long as they were allowed to play with the freedom they do at Liverpool.

That would have been easily made possible by either playing a 4-3-3 formation, or a midfield diamond with Gerrard in the holding role, Henderson and one other alongside him, Sterling as the No.10 and Rooney alongside Sturridge.

Instead, their individual brilliance has been negated by a naturally cautious manager and, barring 90 minutes in which Sterling starred in his best position, they have looked a shadow of themselves.

It will be a joy to see them all back in a Liverpool shirt in the coming weeks.