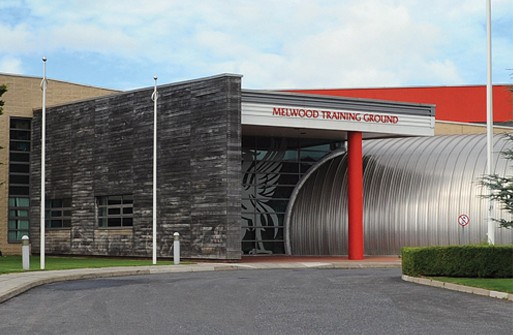 The 22-year-old Switzerland star is being heavily linked with a move to Anfield from Bayern Munich this summer, and Henry Jackson (@OnFootballTweet) assesses how he fared in his side’s World Cup opener against Ecuador on Sunday.

Sunday’s World Cup showdown between Switzerland and Ecuador in Brasilia saw one of Liverpool’s major summer transfer targets take to the pitch to showcase his talents for the first time.

Xherdan Shaqiri, the star player of a talented Swiss team, has been tipped to secure a move to the Reds this summer by numerous sources in recent weeks, with the Daily Star reporting that talks are underway between Liverpool and the winger’s current club, Bayern Munich.

With Reds fans all over the world watching with keen interest to see how their potential new signing would perform, how did he fare on his World Cup debut?

(All statistics via Squawka and WhoScored)

Although Shaqiri didn’t exactly set the world alight with his performance, he is a player who always looks a threat with the ball at his feet.

He started on the right-hand side, in a 4-2-3-1 formation, and his ability to drift inside onto his dangerous left foot was evident throughout. Fast, tricky and as strong as an ox, despite his diminutive frame, it’s easy to see how he’d suit Liverpool’s attacking style.

As is the norm with so many attacking players these days, Shaqiri was far from stuck in one position, and often popped up in the ‘number 10’ role and on the left. This versatility and fluency would certainly appeal to Liverpool boss Brendan Rodgers.

The Bayern man created four chances for his teammates against Ecuador, and whereas some wide men can often be too reliant on pace rather than technique, Shaqiri clearly has both.

He had a passing accuracy of 89 per cent, including four key passes, which when you consider how often he gets the ball in tight areas, further highlights his technical excellence.

If Sunday showed one thing it’s that Shaqiri is still very much a work in progress. He has many attributes, but can also be hugely frustrating to watch at the same time.

His crossing, in particular, was very disappointing. He delivered the ball from out wide on eight occasions, and the majority of his efforts were both overhit and lacking in thought. He was removed from set piece duty such was his inconsistency.

Similarly, despite a couple of reasonable efforts, his shooting was erratic. A terrific chance fell his way at a key point in the second-half, but a lack of composure saw him slice the ball into the side-netting.

Arguably Shaqiri’s biggest weakness is his defensive work, and it left a lot to be desired against the South American’s.

Too often he failed to track back and help out right-back Stephan Lichtsteiner, and in the first-half, in particular, his lack of work-rate played a part in Switzerland being outplayed and overrun.

World-class wingers such as Arjen Robben and Franck Ribery- Shaqiri has struggled to usurp either of them in the Bayern team this season- have shown in recent times how important it is to work hard and do your defensive duties, and Shaqiri needs to take a leaf out of their book in that respect.

He made just one tackle in the whole game, and that resulted in a foul.

A poor work-rate is something that Rodgers simply doesn’t allow in his attacking players- the likes of Daniel Sturridge and Philippe Coutinho have improved vastly in that respect under the Northern Irishman- and if Shaqiri does make the move to Anfield, it is an aspect of his game that must develop significantly.

There can be no doubting that Shaqiri is a very talented footballer, and one who has the potential to become world-class in years to come. At this current time, however, he lacks consistency and maturity.

His decision-making at key times must improve, as must his work-rate, if he is to fulfil his potential.

Rodgers thrives in improving young players, with Sturridge, Coutinho, Raheem Sterling and Jon Flanagan all perfect examples of this over the last 12 months, and he would be equally enthusiastic about improving a player of Shaqiri’s ability.

Despite a fairly uninspiring World Cup debut, he would be a terrific long-term acquisition by the Reds. He would frustrate at times, but with age and regular first-team football he will get better and better.

What did you make of Shaqiri’s performance? Would you like to see him at Liverpool next season? Let us know in the comments section.