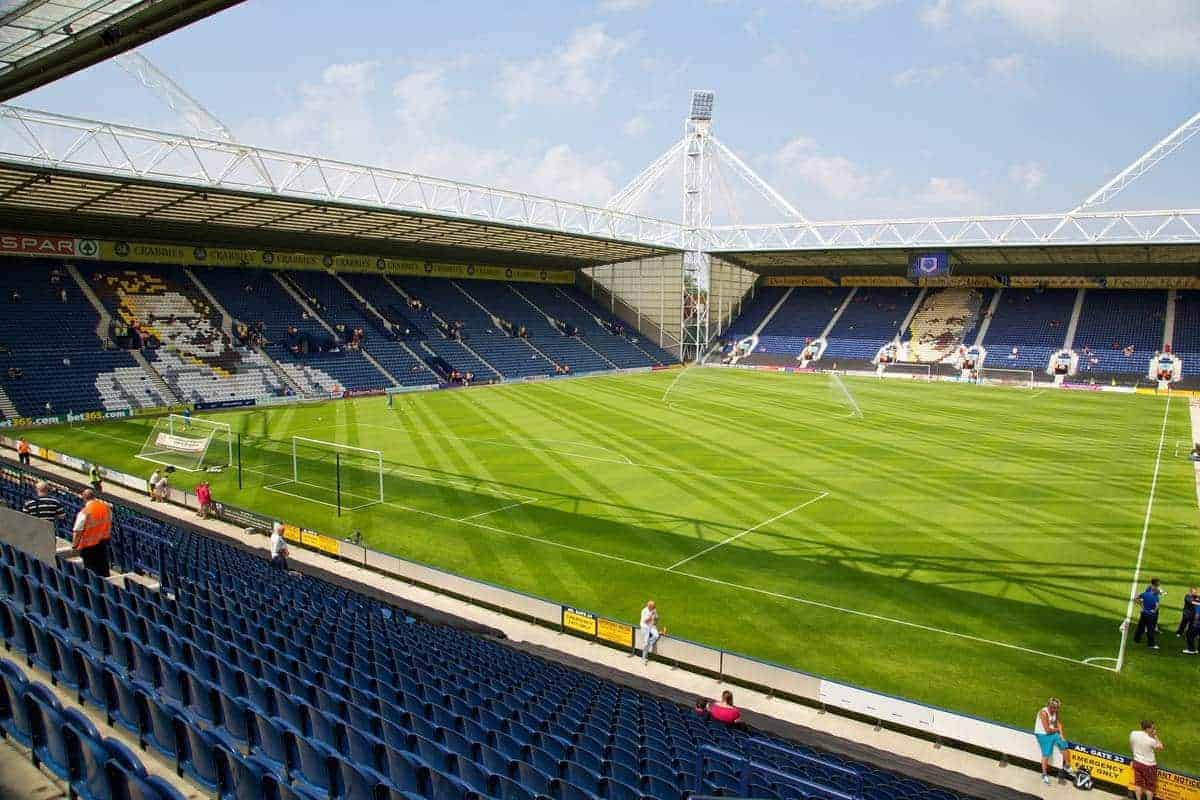 Liverpool take the short trip north to face League One side Preston North End on Saturday in The Reds’ second pre-season friendly (kick off 3pm). It’s the second successive year that the two sides have met, with Liverpool last year kicking off their preparations at Deepdale with a 4-0 win in the ‘Bill Shankly Shield’ match.

That match a year ago saw Philippe Coutinho, Jordon Ibe, Raheem Sterling and Iago Aspas net the goals for The Reds.

This year the match will provide a first opportunity for fans to see new signing Emre Can in action, with the German having missed Wednesday’s match against Brondby with an ankle niggle.

23 players featured in that game in Copenhagen, with Brendan Rodgers likely to field a different XI in each half again on Saturday.

Having named the squad for the US tour yesterday, the match won’t feature several players who took part in Brondby; the likes of Lloyd Jones, Brad Smith, Jordan Rossiter, Kristoffer Peterson, Kevin Stewart and Jack Dunn. They’ll all be heading with the Under 21s to Holland instead.

It’s unlikely that Rickie Lambert will feature, despite returning to training early this week.

The rest of The Reds World Cup players will fly out to America to begin their pre-season on Sunday.

Preston missed out on promotion to the Championship last season suffering the heartache of the play-offs again.

Manager Simon Grayson will have his eye firmly on automatic promotion this season.

“It is going to be a big test for us, as it was last year when we played them, obviously we are really thankful to Brendan coming back and bringing his team over at the weekend,” Grayson told PNE’s official website.

“It shows how they enjoyed their game last year in terms of the crowd, the pitch and how well we played against them as well that they were on the phone to try and come back and it’s great testament to our football club that we are managing to get Liverpool again.”

Preston kicked off their pre-season with a 3-2 win over Chorley in the week. Former Red John Welsh captains the Lillywhites.