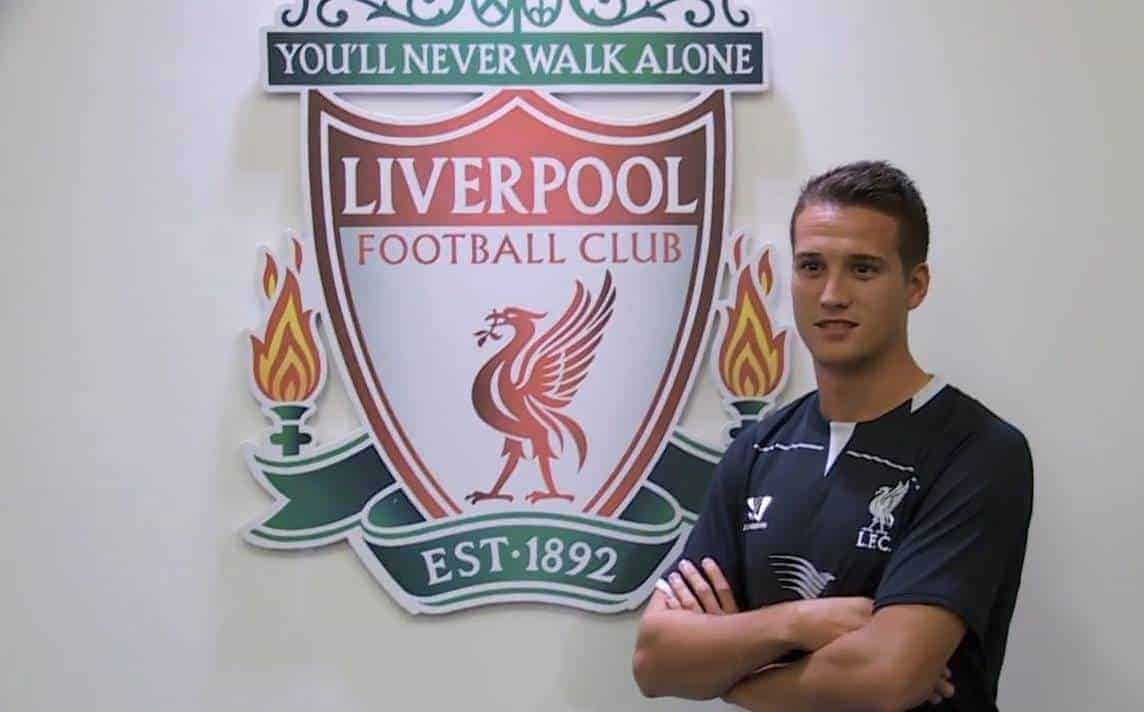 Liverpool have today confirmed the arrival of Spanish right-back Javier Manquillo on loan from Atletico Madrid. The deal is reported to be a two-year loan, with an option to make permanent next summer for around €6 million.

The 20-year-old is highly rated and Liverpool have fought off competition from a host of clubs for his signature, including rivals Arsenal.

Manquillo, who made the switch to Atletico from rivals Real Madrid as a youth team player in 2007, is expected a add competition to the likes of Glen Johnson and Jon Flanagan at right-back, and appeals to Brendan Rodgers’ preference to bring in and develop young players.

He spoke to Reds’ official website, www.liverpoolfc.com having sealed his move, explaining his delight at joining a club of Liverpool’s stature.

“I’m very happy to have signed for a club like Liverpool. I think it’s one of the biggest in Europe. Any footballer would want to come and play here,” he said.

“When they tell you Liverpool want to sign you, I think like any player, you are going to be absolutely amazed and you don’t think of anything else than going straight there.

“It’s a team that nowadays, as I said before, any player would want to be a part of.”

Are you pleased with the acquisition of Javier Manquillo? Let us know in the comments section below.