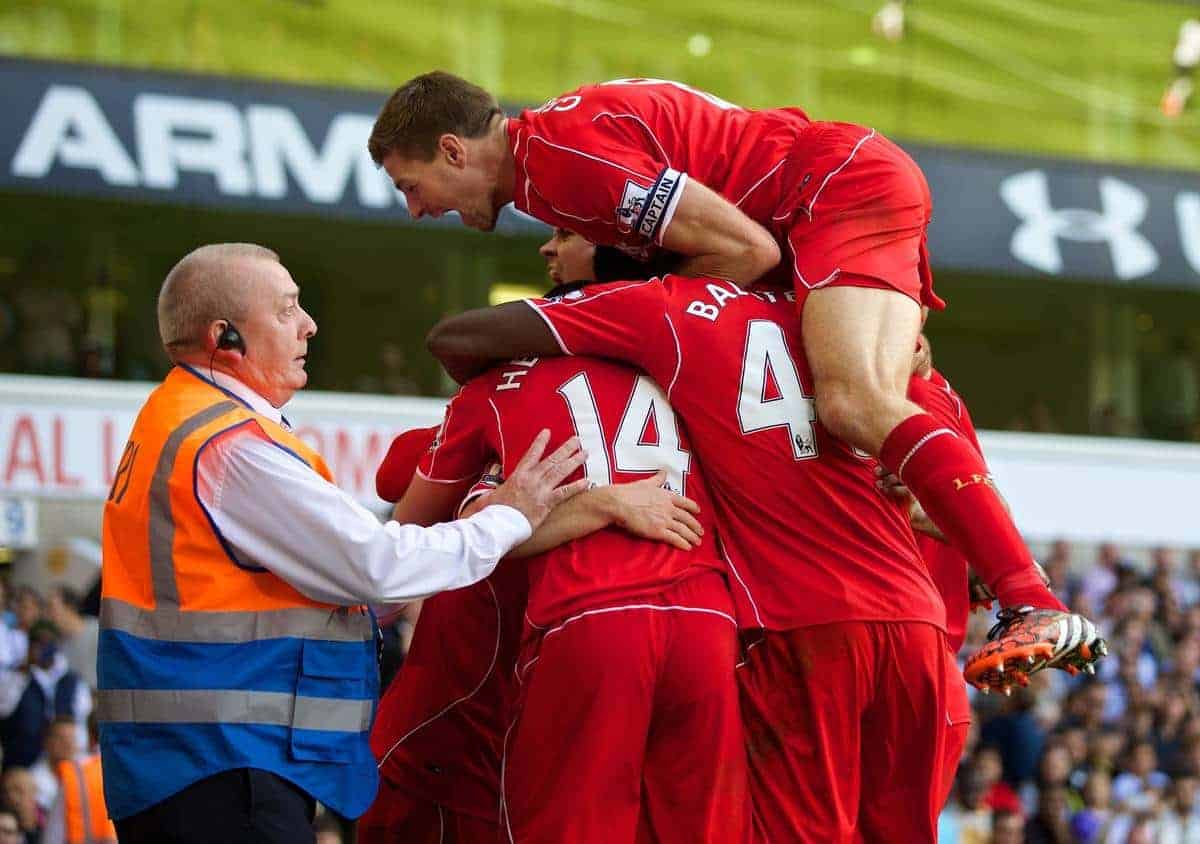 Liverpool eased to a brilliant win over Spurs at White Hart Lane on Sunday, with a number of players impressing. Henry Jackson rates each Reds performer on the day.

The 26-year-old had little to deal with, but he made a solid stop to deny Nacer Chadli with the score at 1-0. His kicking remains a little inconsistent, but he enjoyed a fairly faultless 90 minutes.

The 20-year-old was dependable all afternoon, and offered more defensive quality than Glen Johnson and should now be first-choice ahead of the Englishman. It would be nice to see him get forward a bit more, however.

Although there were undoubtedly some good moments from the 25-year-old, he did not always look completely dependable. He made some good interceptions and was strong physically, but was guilty of chasing the ball and being out of position a number of times.

Like Lovren, the 24-year-old was good for the large part but he looked a little shaky on occasions. He lost the ball cheaply a couple of times, but his general defensive work was good.

Moreno was excellent all afternoon, showing blistering pace going forward and very capable defensive work in equal measure. He capped off a brilliant display with a wonderful solo effort to make it 3-0.

The skipper produced a very fine display, and it was the much-maligned defensive side of his game that was terrific all afternoon rather than his passing and creativity. He read the play expertly, made several very fine challenges and scored clinically from the penalty spot to double the Reds’ lead.

He may not have been quite as noticeable as some of his teammates, but Henderson was Liverpool’s best player on the day. His endless running and pressing was superb throughout, and he provided Raheem Sterling with an excellent pass for the opener. The 24-year-old is one of the most important players at the club now.

Not the most memorable performance by the Welshman, but he was typically neat and tidy and won the penalty for the all-important second goal. His place in the side is under threat from the likes of Emre Can and the returning Adam Lallana.

The 19-year-old ran Henderson very close for Man of the Match, and was a constant menace to the Spurs defence all afternoon. He took his goal brilliantly and almost scored a sensational solo effort in the second-half. Is there a more exciting teenager in European football at the moment?

The Italian enjoyed a good debut, but was clearly not quite 100 per cent match fit and was substituted on the hour mark. The 24-year-old held the ball up well, showed pace and creativity, with the only negative being some slightly erratic finishing.

Sturridge was very good throughout, showing some brilliant footwork and clever movement from start to finish. He did superbly in the lead-up to Sterling’s goal, and continued to show he can lead the line without Luis Suarez at the club.

The German gave the side more pace and power than Allen, and looks a terrific signing.

Didn’t affect the game hugely but looks a huge prospect and oozes class.