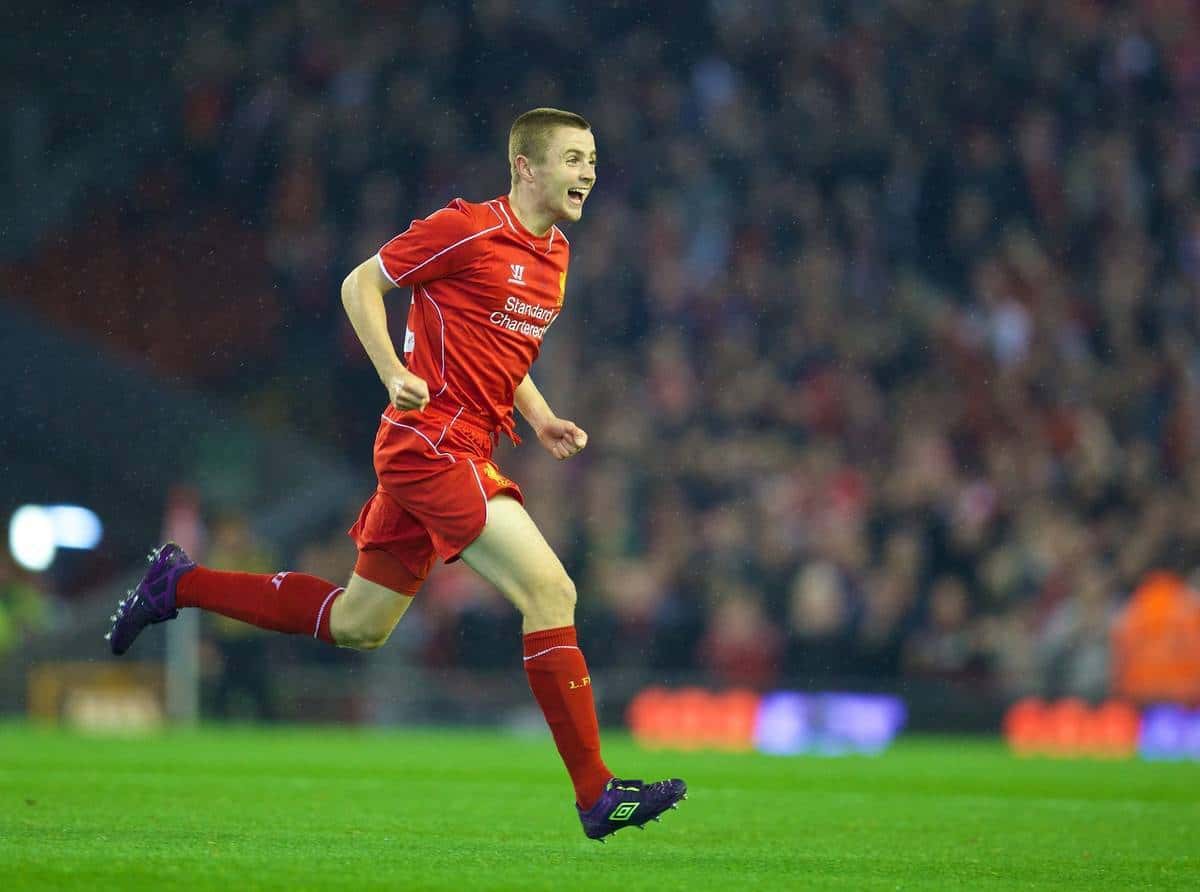 Brendan Rodgers’ Liverpool continued their mediocre form in Tuesday’s third round encounter at home to Middlesbrough, with a 2-2 extra-time draw followed by one of the most remarkably drawn-out penalty shootouts in the English football’s history.

Eventually emerging 14-13 victors, this was an unwanted distraction for a Reds’ side who, despite poor league form, should have sealed their progress in normal time.

Heading in to Saturday’s Merseyside Derby, Rodgers needed to build momentum with this victory, but a stuttering run continued. However, there are plenty of positive to take from the tie.

The performances of peripheral figures Jose Enrique and Suso will have provided encouragement with the manager’s squad thinning, whilst the senior debuts of the two Jordans, Williams and Rossiter, suggest a bright future for the club.

17-year-old midfielder Rossiter, in particular, gave a great account of himself in his first competitive outing under Rodgers.

A combative young midfielder, Rossiter has been with the club since he was six years old, having been signed for the Liverpool Academy after being scouted playing for his school side.

Rossiter: shirt tucked in; shorts pulled high; black boots. Keeps it simple; tackles hard. Talks all the time; in the ref's ear. Like him.

The 17-year-old has captained both the U18s and U21s, and last season was named the club’s Academy Player of the Season, after another barnstorming set of performances which saw Rossiter named on Rodgers’ substitutes’ bench for last December’s loss at Chelsea, and the following month’s victory at home to Hull City.

Like many other young players throughout the years, Rossiter has been lumbered with somewhat of an albatross, being compared to current Reds captain Steven Gerrard.

A young lad just about to come on for a few mins for Liverpool in nextgen… Jordan rossiter, big shout but potentially a young stevie g..

Gerrard’s long-time teammate Jamie Carragher previously opined that Rossiter has “got a bit of character and steel that me and Stevie have had.”

A popular member of the Academy, a debut for Rossiter clearly meant a lot to those involved with the club, prided with their emphasis on developing youth throughout the years.

Congrats to @jordan_rossiter starting tonight made up for you, and @J8williams being on the bench

Good luck to @jordan_rossiter tonight great to see another local lad getting a chance. Credit to the manager as well.

Deployed in a three-man midfield alongside Adam Lallana and Lucas Leiva against Middlesbrough, Rodgers would have hoped to employ this steel in order to avoid a lack of presence in the middle of the park found the previous weekend against West Ham United.

Hopefully we have a midfield tonight, not like this in the build-up to West Ham's 3rd… pic.twitter.com/p3cnm44nEV

Perhaps ironic given this panache was lacking in Gerrard at the Boleyn Ground.

Happily, Rossiter rewarded Rodgers’ selection with an emphatic performance, topped perhaps only by Raheem Sterling and Suso from the Liverpool side.

With Lallana, naturally, providing the more advanced creative outlet within the Reds’ midfield three, Rossiter operated in tandem with Lucas in receiving the ball in a deep-lying position and ensuring possession was recycled astutely.

The 17-year-old outlined his composure on the ball by consistently finding his teammates with a pass and, more often than not, these were forward passes—this is a young player with no fear or reticence.

Furthermore, Rossiter continued this fearless approach with several shots from range, and it was this inclination to target the Middlesbrough goal belied the profligacy of Rossiter’s teammates—decked out in no-frills black boots, the midfielder’s style proved consistent.

The crowning moment of this debut, clearly, came with Rossiter capping his display with a well-taken long-range effort on 10 minutes, after collecting a deflected Rickie Lambert effort.

Celebrating wildly, this was clearly a monumental moment for the Reds youngster and, in more positive circumstances, may have provided the Anfield faithful with a moment to match the delirious revelry following Jon Flanagan’s first goal for the club against Spurs last season.

Continuing the theme of wholesale joy, Flanagan led the brigade as myriad club figures praised the performance and influence of Rossiter against Middlesbrough.

Get in lad [email protected]_rossiter

Clearly a popular figure, this debut performance may stand as a significant moment in the future of Liverpool under Rodgers—although the Ulsterman will do well to protect one of his most promising of Academy prospects when introducing Rossiter in the future.

After any outstanding contribution such as Rossiter’s, a young player is likely to be hyped to no end, and it is important to remain reserved regarding the future of a 17-year-old who has just made his first senior outing for the club.

Luckily, Rossiter is seemingly a level-headed young player, and his post-match interview reflected this, saying:

“To score on my debut, I couldn’t have asked for any more. It’s a dream come true to be honest. It was brilliant. I’m made up.

“I know I need to keep my feet on the ground and keep on improving. If I do that then hopefully I’ll get more appearances in the future.”

The midfielder is clearly aware of the competition ahead of him at Anfield, with Rodgers signing players such as Emre Can to add depth and quality to his midfield this summer.

However, and current injury to Can outlines, this season stands to be a congested one for a Liverpool side already struggling with the demands of added competitive fronts in the Champions League, and Rossiter may benefit from this.

The victory over Middlesbrough sees the Reds through to the Fourth Round where they’ll face Swansea, – it’s possible that Rodgers will continue to field players such as Rossiter in this encounter, giving the youngster another opportunity to shine.

The Liverpool manager is the perfect steward for an aspiring young player looking to break through, and Rodgers spoke after Tuesday night’s win claiming “my job is to grow young talent otherwise there is no point having our academy.”

After a fearless and hugely encouraging outing, the Liverpool manager could do worse than to look to Rossiter to fill out his squad this season.

Can Jordan Rossiter make a further impact for Liverpool this season? Let us know in the comments below.