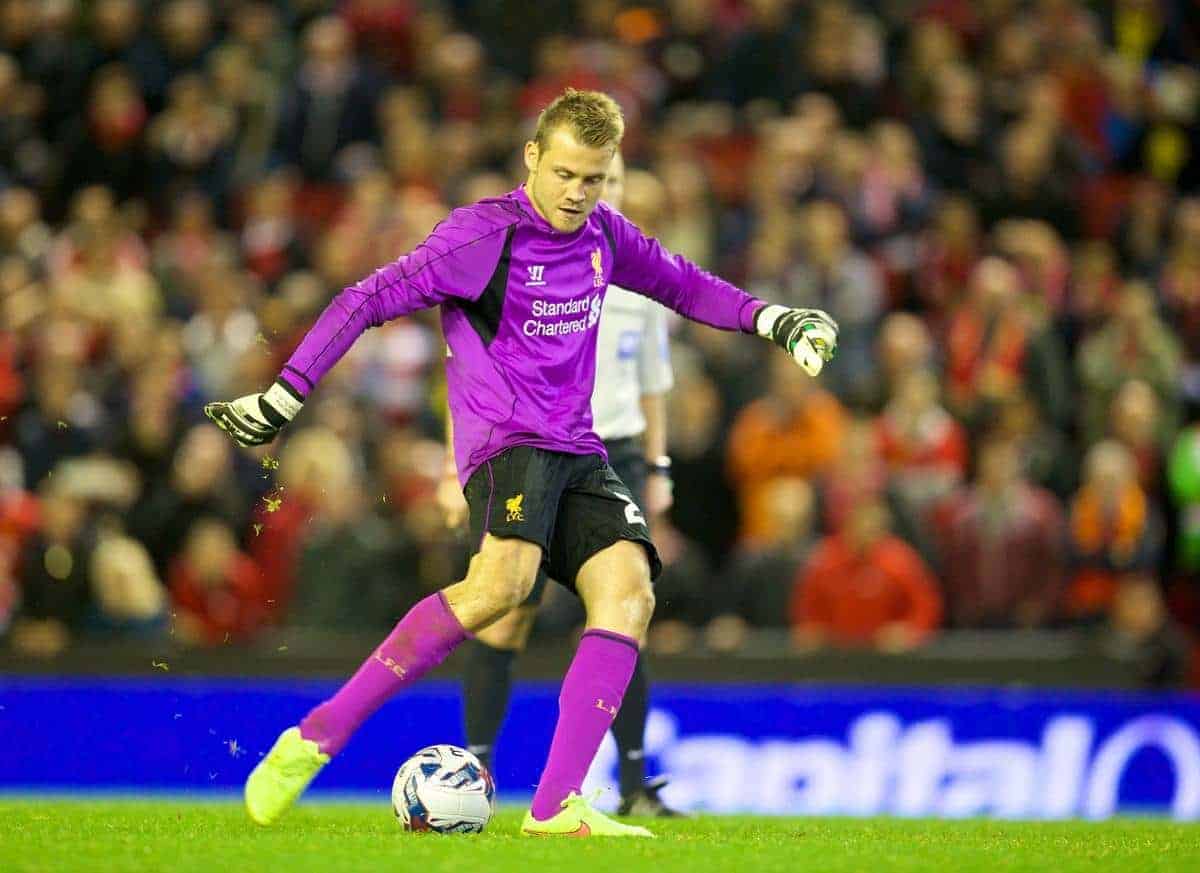 Liverpool scraped past Middlesbrough in the most dramatic fashion after a record THIRTY penalties in the shoot-out. Debutant Jordan Rossiter and substitute Suso scored the Reds’ goals.

Brendan Rodgers named a strong starting 11, with Simon Mignolet retained in goal and Raheem Sterling starting in attack alongside Lazar Markovic and Rickie Lambert – Lambert captaining the side on his full debut.

There was a debut for academy midfielder Jordan Rossiter, who lined up alongside Lucas and Adam Lallana in midfield.

It was a dream start for Liverpool, and 17-year-old debutant Rossiter, who scored from 30 yards after just nine minutes.

Rossiter calmly placed his shot from distance after a mix up between the Boro goalkeeper and defender which saw Lambert’s shot rebound to Rossiter 30 yards out. It was a finish of an experienced player, showing no panic to ensure his shot was on target.

Only Michael Owen has scored a goal for Liverpool as a younger player than Rossiter.

The rest of the first half was a pretty tepid performance. Both sides had a few half chances but Liverpool’s lack of clear cut chances remained a concern. The Reds’ only shot on target in the opening 45 was Rossiter’s goal from distance with the keeper out of position.

Sterling was, as ever, Liverpool’s most attacking threat. The teenager and Lallana showed some nice touches but Lambert struggled to hold the ball up.

Mignolet made a superb save from Tomlin after a Boro corner was cleared. Boro’s best chance was, surprise, a unmarked chance off a corner.

The atmosphere at Anfield on a wet night on Merseyside saw the Liverpool crowd quiet and the away fans sing obsessively about Scousers, Steven Gerrard and Mario Balotelli. Bizarre.

The second half continued in much the same fashion, with Liverpool lacking fluidity and struggling to create any clear cut chances.

Middlesbrough then hit an equaliser, with Adam Reach heading home Grant Leadbitter’s free-kick from close range in the 63rd minute. Another goal conceded from a set-piece.

Boro almost took the lead in the 77th minute with Clayton’s shot saved from distance and Toure putting in a good block to deny the forward on the rebound.

And the visitors had another chance five minutes before full time, Clayton going close at the near post after a good reverse ball from Tomlin.

Liverpool failed to make any clear cut chance and only a penalty appeal in the 93rd minute was of any significance. Extra-time beckoned.

Liverpool’s breakthrough arrived in the 108th minute, good link play between Sterling, Lallana and Enrique saw the ball fall to Suso in the middle of the box to finish for his first goal for the club. Much like last week against Ludorogets though, Liverpool failed to add to their lead or close out the game and in the third minute of stoppage time in extra time, Sterling gave the ball away in midfield and Toure rashly gave away a penalty. Which was coolly dispatched by Bamford, sending the game to a penalty shootout.

So to penalties and one of the most incredible shootouts you are likely to see. Liverpool had the chance to win it through Sterling, but his penalty was saved, sending it to sudden death.

Sterling was the only player to miss out of 15 penalties taken for Liverpool. Balotelli, Lucas, Lallana, Suso all scored two, while Williams, Toure, Sakho, Manquillo, Enrique and even Mignolet scored theirs.