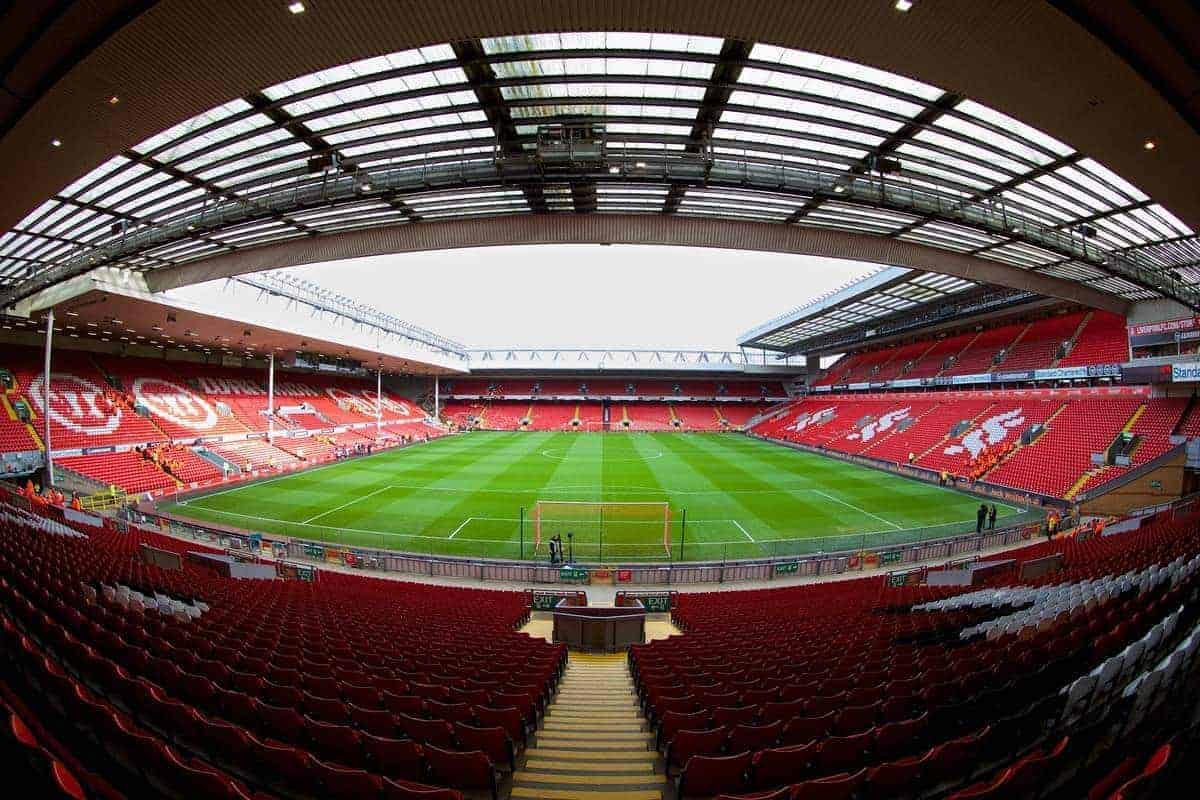 With a return to the Champions League secured within 42 months of acquisition, the FSG master plan for Liverpool is very much taking shape, writes Si Steers. It isn’t just about the success on the pitch which has been rapid under the guidance of Brendan Rodgers; it is the top to bottom transformation of the club that has been so impressive.

Let’s be clear, it hasn’t all been plain sailing since FSG’s arrival. There was a steep learning curve in the early days, and with the lack of both the prestige and finance that the Champions League provides player recruitment hasn’t always been easy.

But the club is now at a point where the foundations are well set for both long term stability and success, which isn’t down to luck, it is down to the execution of a vision and long term plan that has been developed and tweaked since October 2010.

42 months sounds like a long time, and it is, but when you are building a football club sensibly and sustainably you don’t see progress overnight. When you look at a snapshot of all areas of the club at this moment it presents a picture of a football club where everything is pointing towards progress.

The transfer committee has taken a great deal of criticism in previous windows, as high profile targets have slipped through the net. But when you are recruiting and negotiating from a position of weakness (no Champions League) it has a major impact on your ability to recruit your number one targets, especially when gazumped by rivals who can offer what you cannot.

That doesn’t mean we haven’t learnt things in previous windows, there has been a question mark about how the committee operate, and our ability to negotiate value both in and out of the club. But, this window has been a major success for the committee structure, with the vast majority of our primary targets being recruited at what appears to be good value (aside from perhaps Lallana and Lovren that come with an ‘English’ premium’).

Ian Ayre deserves credit for his role in getting so many deals over the line, the refusal to buckle to Sevilla’s demands on Moreno paid huge dividends. The signing of Mario Balotelli for just £16m could well be the best bit of business the club has done since signing Suarez.

On Suarez, the way in which the club managed his exit was professional. Barcelona tried to use the ‘bite’ incident at the world cup to negotiate a lower price, but the club refused to buckle, and demanded the full £75m (reported) release clause. That was a brilliant deal in so many ways; Suarez will turn 28 in January – at the very peak of his powers for possibly 2 more years – and he wouldn’t have been available to play for us until November.

With the money we have received from Suarez we have been able to rebuild the squad for a relatively small net spend overall. That doesn’t mean the club hasn’t spent, but the dealings in and out of the club will have had a significant impact on our finances which have been in recovery since the arrival of FSG – helping us towards FFP compliance which is something that the club are committed to abiding by.

The departures of Reina and Agger is two more players that were on ‘pre-FSG’ contracts – Agger did have a renewal under FSG, but the baseline salary will have been determined by the previous regime, so will likely have been way out of kilter with the value to the team.

It is always sad to see the departure of players that care so much about the club – and Reina and Agger fall into that category. Both have been great servants, but both will benefit from a new challenge.

The wage bill is now likely to be far more in line with that of our rivals. FSG inherited a toxic wage bill that was running at 70% wages to revenue, with our (self-sustainability) rivals such as United, Arsenal and Spurs closer to 50-60%. Moving on players that are being paid more than they are worth is almost an impossible job, and it has taken time to shift those ‘bad contracts’ – there is a line of thought that some players became too complacent on big money contracts – with no incentive to push the limits on performance. Those days are over.

Ian Ayre has been on record saying that player contracts will now be incentivised, so that good performance is rewarded, and players that push the limits will be paid to recognise that effort. That is exactly how we should want our club to be run.

But it isn’t just the Champions League, the movement of players and a realignment of the wage bill that is contributing to our financial performance; it is also our impressive work in the commercial side of the club.

The lucrative tour to the USA was another brilliant way into the Holy Grail of the US market. ‘Soccer’ is growing so quickly that there is huge opportunity for English clubs to be a part of the revolution. FSG know this, and have Liverpool positioned right at the heart of it.

The new TV deal in the UK is a massive increase in revenue for all clubs, but in the US the club could potentially own its own TV rights which could be huge. There are new sponsors and partners being announced regularly, that all add to the bottom line. They also go further than that, they all add to the global reach of the club.

The clubs digital strategy is probably as advanced as any club in the Premier League. There is a hugely impressive digital set up at the club – the reach through social media continues to grow impressively through dedicated accounts – the club has done a great job of engaging its global support through social tools.

All of this commercial activity bodes well for the clubs future – it’s always going to be success on the pitch that matters to supporters, but money matters in football, and it’s important that we can sustain ourselves.

One of the key parts of FSG’s master plan was a commitment to a long term stadium solution. This is an issue that has been going around in circles for two decades, and is likely a primary reason that the club slipped backwards during that time.

You can argue the whys and wherefores of a new stadium v’s redevelopment all day long – in an ideal world, a new stadium that can fit in 70-80,000 supporters in Stanley Park would be great. But it’s not an ideal world – so you have to look at the options available and the resources you have to find a solution that offers the best possible outcome for the club. And that solution, with those barriers, is redevelopment.

It is impossible to look into the future and understand how many seats you might need to fill demand, when redevelopment is complete Anfield will have close to 60,000 which won’t be enough, but where do you stop?

The cost of redevelopment will likely be in the region of £150m – which is a huge amount of money – but isn’t a barrier to a new stadium becoming an option in 15-20 years’ time if the club decides they want to go in that direction.

Redevelopment is an option that works for the club right now, it will increase capacity to allow 15,000 more fans in every game, and it will upgrade an out dated stadium with out-dated facilities. It has worked well at Fenway Park, and it will work well for Anfield.

All of the activity that happens off the pitch only matters if it translates to success on it. And all of the signs are that the incredible progress we saw last season wasn’t a one off.

We still have the core of the side that finished second, and we have added real quality to the squad in a number of positions. It isn’t just the quality we have recruited, it is also the age. Rickie Lambert and Adam Lallana are the only two recruits out of 9 that you would think are anywhere near peak. The likes of Manquillo, Moreno, Markovic, Can, Origi and Balotelli all have the best years ahead of them. Add that to Sterling, Coutinho, Henderson, Sturridge and the squad has so much potential.

There is work to do defensively, Lovren and Sakho are both still relatively young for centre backs who tend to mature a bit later in careers, but both have the talent. Mignolet will need to cement his role this season if he is to be our long term keeper, he needs to be more dominant and command the defence. But, the early signs the fullback roles could finally be sorted.

Going forward we are still outstanding when we click. The key to our game is pressing high and moving the ball quickly and incisively through our front players. When we do it well, we are unstoppable. The movement of our forward players is a joy to behold.

The beauty of this team is that it is still so young, we have very few ‘senior’ players, so the vast majority of this group will grow together – there is a very real prospect that these young players can go on to achieve something special.

The architect of whatever this team achieves will be Brendan Rodgers, who continues to grow into a very special manager. He has the aura and presence of a man that knows exactly where he wants to go. His ability to develop and grow players is at the heart of the entire model at the club – his idea that the team is the star is absolutely in line with what Liverpool Football Club is about: the collective.

He now has a team at the academy, led by the impressive Alex Inglethorpe that share the same ideas and philosophy about how Rodgers wants the game to be played, but also the development journey that players need to the first team. The transition from the academy to the first team is going to be an important feature of how the club progresses.

When you look at the snapshot of where the club is at right now, all of the pointers suggest that the only way we are going is forwards. It might not always translate into success on the pitch, as football is never that predictable, no matter how well set you are, but the one thing that is beyond question is we are here now because there is plan that has come together.