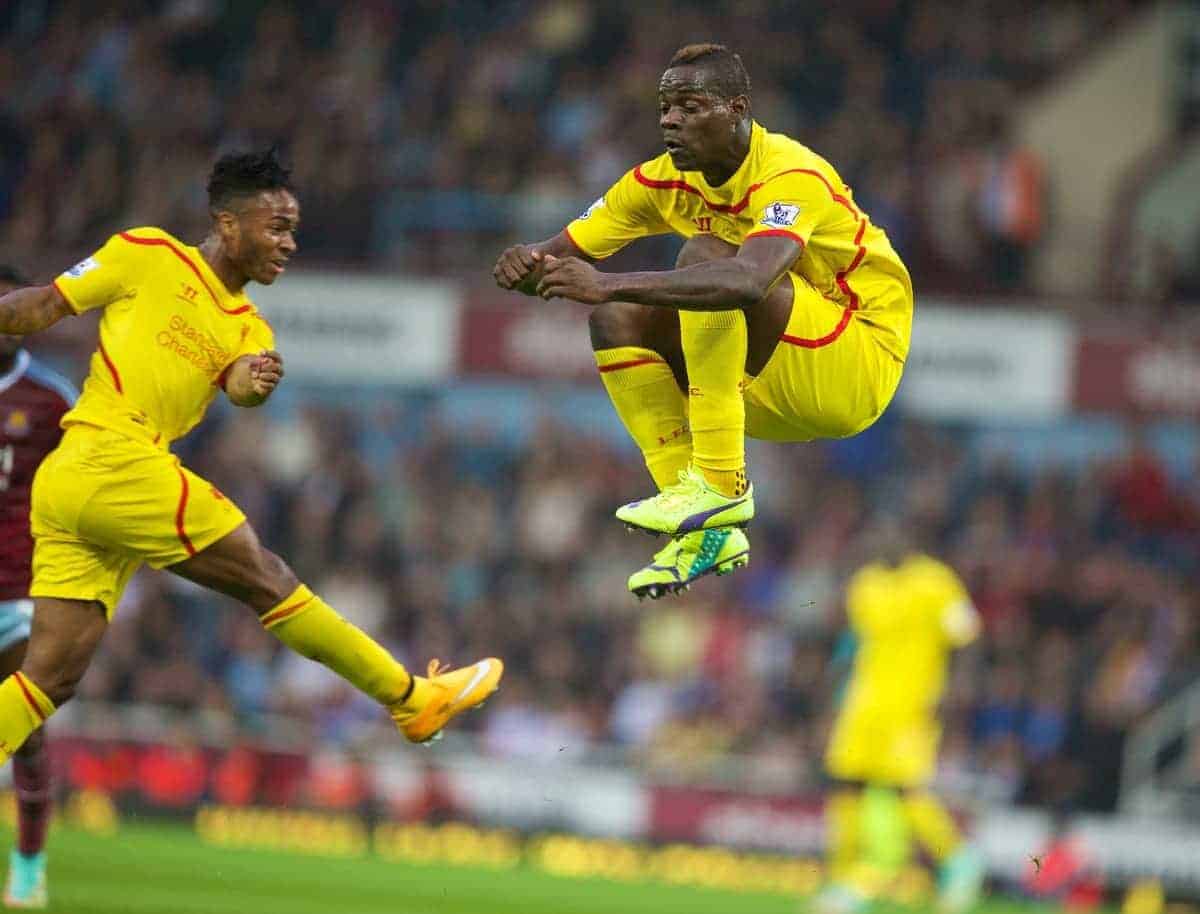 Liverpool succumbed to their third defeat in five Premier League games this season, as they lost 3-1 to West Ham at Upton Park. Raheem Sterling scored what proved to be a consolation for the Reds.

Brendan Rodgers made three changes to the side that scraped past Ludogorets in the Champions League on Tuesday, with Martin Skrtel, Lucas Leiva and Fabio Borini coming in for Mamadou Sakho, Philippe Coutinho and Adam Lallana, respectively.

The Reds got off to an appalling start, with Winston Reid heading home Stewart Downing’s free-kick, after it was squared by James Tomkins, after just 90 seconds. It was yet more poor defending from a set piece.

Five minutes later and Liverpool’s woeful opening to the game continued. Diafra Sakho’s chip from the right-hand side of the penalty area found the far corner of Simon Mignolet‘s net, but Alberto Moreno simply had to get closer to him. Aaron Cresswell tested the Belgian soon after as well, as the Reds endured one of the worst starts to a game since Rodgers took over in the summer of 2012.

Rodgers’ men barely managed a single attack of note in the first 20 minutes of proceedings, and the Northern Irishman replaced Javier Manquillo for Mamadou Sakho as he switched to a 3-5-2 formation.

It seemed to do the trick, because on 26 minutes Liverpool were back in it. Excellent work from Mario Balotelli in the penalty area led to Raheem Sterling firing home an unstoppable effort from 15 yards out. It was the brilliant 19-year-old’s third goal of the season.

Despite the goal, Liverpool still struggled to gain control of the game. Enner Valencia twice tested Mignolet and Tomkins headed wide, as Sam Allardyce’s side continued to be much the better team.

At the break it was 2-1, and the Reds were lucky to even be in the game still. Changes were needed.

Adam Lallana replaced the hugely ineffective Lucas at the interval, as Liverpool looked to produce a far better performance in the second-half.

Sterling had the first chance after the break, but skewed a tame effort wide, while Fabio Borini and Balotelli both tested Adrian in the West Ham goal before the hour mark.

Borini also curled an effort narrowly over, as the Reds were much improved on the whole. The introduction of Lallana added more creativity to the side, while Sterling grew more and more influential.

Balotelli’s fearsome effort forced Adrian into a save once more with 20 minutes remaining, but the elusive equaliser just wouldn’t come.

The last 10 minutes ebbed away, and although the hosts had rarely threatened Mignolet in the second-half, Morgan Amalfitano made it 3-1 after 87 minutes to seal victory. The east London club saw out the remainder of the game, as Liverpool’s poor start to the 2014/15 campaign continued. It was a terrible performance.

Rodgers ditched the 4-3-3 formation that hasn’t seemed to work much of late, opting for his preferred 4-4-2 diamond system instead.

Despite a definite improvement when the Reds switched to 3-5-2, it was still an unacceptable display, raising yet more question marks over their defensive expertise in particular.