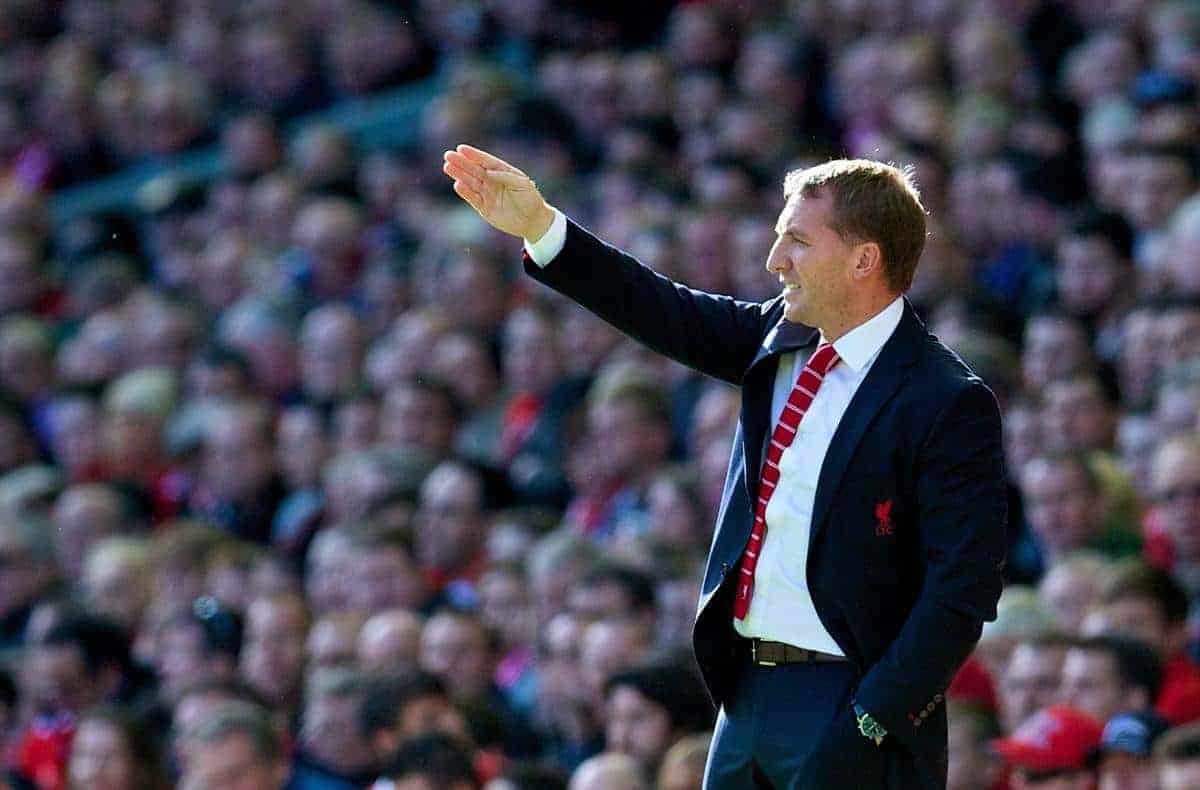 Liverpool manager Brendan Rodgers admitted the win was all that mattered as his side squeezed past West Brom 2-1 to register a much-needed first victory in four Barclays Premier League matches.

Having gone ahead through Adam Lallana's maiden goal for the club on the stroke of half-time, a disputed Saido Berahino penalty – Dejan Lovren's foul appeared to be outside the area – pegged the Reds back.

However, Jordan Henderson's goal on the hour, after Liverpool had claims for their own spot-kick turned down in the build-up, secured three points.

"The behaviours in this group are very honest and they are full of character and that gives me hope as a manager," Rodgers said.

"As we work more together the quality of our game will improve and the performance will improve but you have to find a way to win and today we did that.

"That was against a team coming in with good confidence having won 4-0 last week.

"They keep clean sheets, they are difficult to beat and we found a way to break through that resistance and win.

"It was vital for us before the international break."

Rodgers was annoyed with the penalty decision and even West Brom boss Alan Irvine found it difficult to agree with referee Michael Oliver's assertion the foul had been committed inside the area.

"It was never a penalty," Rodgers said.

"It was fairly straightforward in this country where if the referee needed any help he would look at the linesman – now if they think it is a penalty the linesman has to make a run down towards the corner flag.

"I thought the linesman was slow so I didn't know if he was running or walking so then the referee had to make the call himself and he made the wrong call because it wasn't a penalty.

"Thankfully we went on and maybe had a penalty ourselves but luckily for Michael we scored."

Irvine's take on the spot-kick was similar.

"My first reaction was to ask Jon Moss (fourth official) if it was inside the box and he said Michael Oliver thought it was.

"I looked at it and I was looking to see if Michael was going to give a free-kick on the edge of the box or give a penalty and I was delighted he gave a penalty but I really wasn't sure."

Rodgers dropped Mario Balotelli to the bench after one goal in seven matches since his B£16million move from AC Milan but he played that down.

Asked how the often moody Italy international, who came on as a second-half substitute, took the news, the Reds boss said: "I'm not sure. He accepts what the position is.

"He is still looking to gain fitness, he has played games. His reaction was fine, he came on and did his best."

On a positive front, Rodgers expects to have Daniel Sturridge fully fit by the time the league programme resumes in a fortnight.

"I was hoping he would be (available) but he wasn't, he said.

"But certainly from now, he'll have the course of the international break to get ready, and he'll be fine for QPR."

West Brom boss Irvine thought his side deserved a draw.

"I was a bit disappointed in the way we used the ball in the first half, I felt we needed to show a little but more self-belief and courage when we were in possession," he said.

"The goal just before half-time was disappointing because it changes the mood in the stadium.

"I challenged the players to show more courage with the ball and I felt as if we did that in the second half.

"We really took the game to Liverpool for large periods and my biggest fear was we'd get done on the counter-attack – and when you come to Anfield it is not something you expect to say too often."