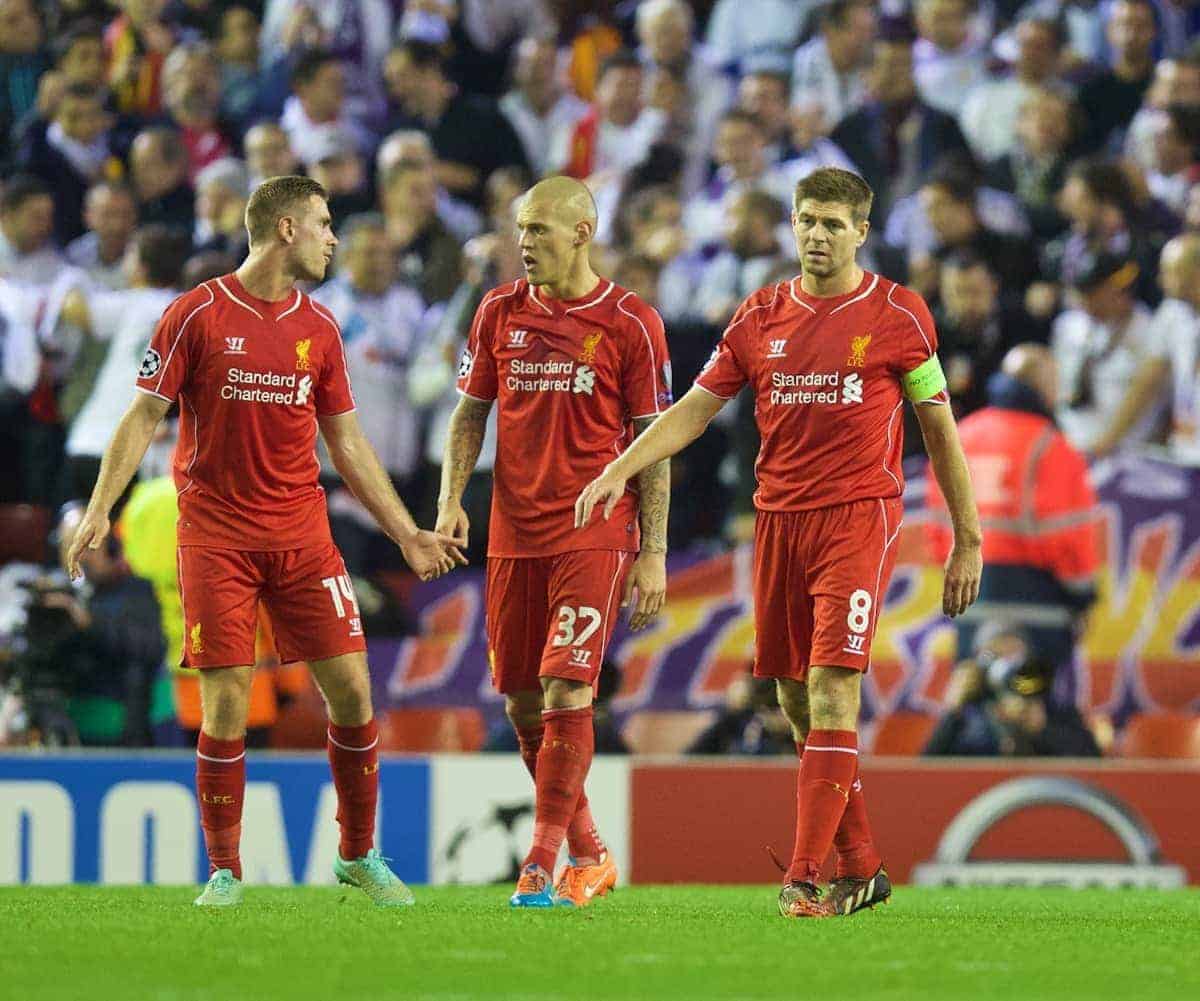 Liverpool showed plenty of flaws in their defeat to Real Madrid on Wednesday, and a lack of tenacity in midfield was one of them. They need a hatchet man, writes Henry Jackson.

Waking up this morning and remembering Liverpool had been outclassed in every aspect of their game by Real Madrid was not the most positive start to the day. Although many of us predicted a long night for the Reds- a 3-0 defeat against Europe’s best side is not the end of the world- it doesn’t make it much easier to accept.

Of all the numerous flaws on display against Carlo Ancelotti’s European champions, from the continued defensive woes to the increasingly ineffective Mario Balotelli, the lack of a midfield enforcer was hugely evident.

Steven Gerrard, Joe Allen and Jordan Henderson were actually probably three of Liverpool’s more solid players on the night, but none of them are gritty, hard-tackling players who revel in the defensive side of things.

None of them are willing to play ugly, and sometimes you need that. Lucas Leiva showed signs of being this man for the Reds prior to serious injury, but sadly he is well past his best these days.

Although the aforementioned midfield trio are all neat and tidy in possession, and can all offer something going forward, in matches against sides of Madrid’s brilliance you need a hatchet man; someone who loves ruining the oppositions flow.

Liverpool's midfield five of Gerrard, Allen, Henderson, Sterling & Coutinho won just 33% of their tackles in the first half.

Javier Mascherano used to do it to devastating effect during his time at Anfield, and he was a key reason why Liverpool were so hard to beat during that part of Rafa Benitez’s reign. He was one of the World Cup’s best players in that role too this summer.

Manchester City have both Fernandinho and Fernando to do that job, and although the likes of Nemanja Matic and Daley Blind are slightly more classy in the way they go about their business, they are also very effective there.

Brendan Rodgers has been seemingly attempting to solve this issue since arriving as manager in the summer of 2012, but as Matt Ladson eludes to for Bleacher Report, he has failed to date. They have never replaced Mascherano, and should have done their utmost to bring him back to Anfield when he was deemed surplus to requirements at Barcelona two years ago.

The one player who could potentially be that enforcer is Emre Can. The 20-year-old has the physical stature, dynamism and defensive ability to shine in a defensive midfield role- he is not dissimilar in style to Matic- but he is still very young and raw. Pinning our hopes on him being a success there immediately would be a little desperate. In time, he could be that man though.

In terms of players across Europe who could come in and do the job there are few that both stand out and are attainable.

Morgan Schneiderlin is one of Southampton‘s most important players, and would be a very fine acquisition. Arsenal are keeping an eye on him, and like Liverpool, the France international is exactly what Arsene Wenger’s talented but physically weak midfield lacks.

Yann M’Vila, currently on loan at Inter Milan from Rubin Kazan is another who ticks the boxes. He is feisty in the tackle and reads the game very well. Javi Martinez would be perfect, but he is both out injured and unlikely to be sold by Bayern Munich.

With the January transfer window on the horizon, a midfield enforcer is very much needed. It is one of several issues affecting Rodgers’ struggling Liverpool team right now.

Do you think Liverpool need a midfield enforcer? Let us know in the comments section.