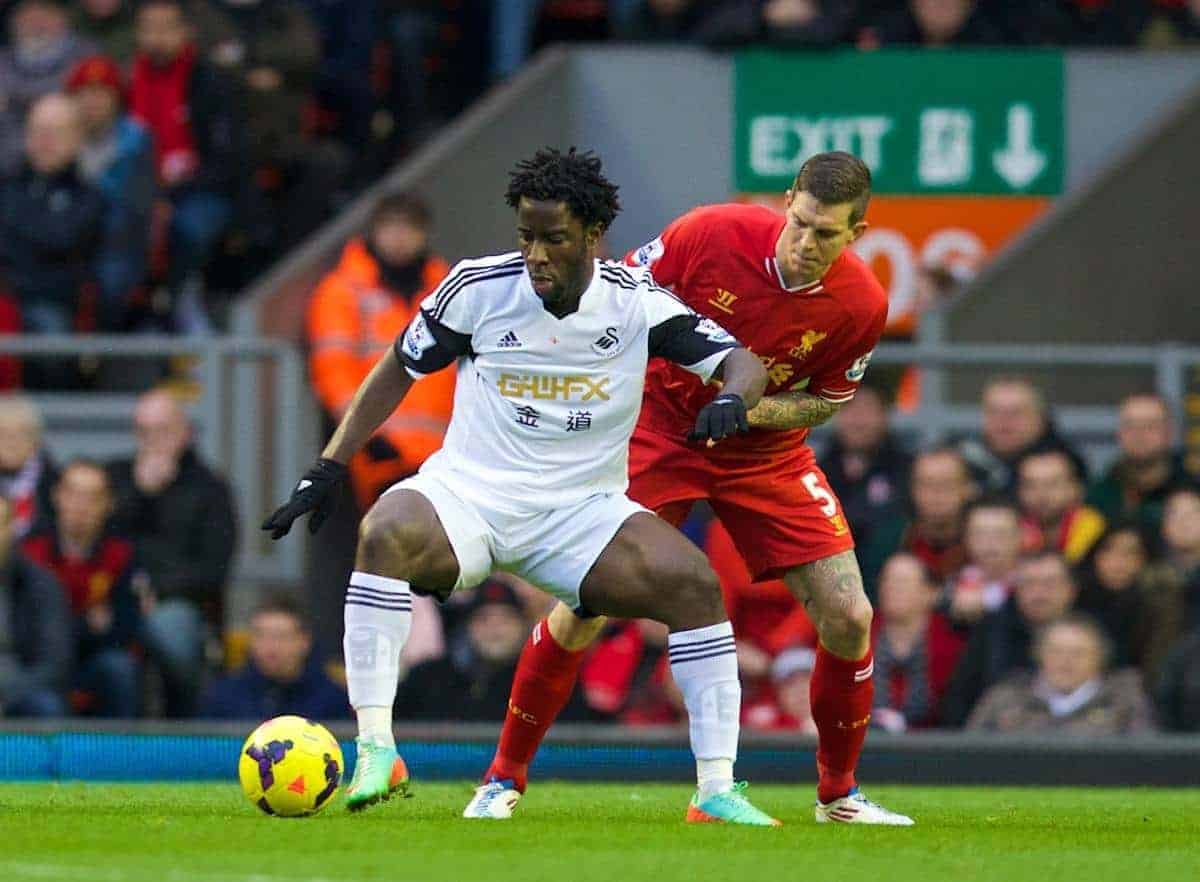 Yet another injury to Daniel Sturridge means Liverpool continue to look light in attack, and Henry Jackson takes a look at six possible options who could bolster Brendan Rodgers’ forward line in January.

Just when it seemed Liverpool’s season couldn’t get any more frustrating, news emerged on Tuesday evening that Daniel Sturridge had suffered a thigh injury in training. The Reds’ star striker will now be missing for another six weeks, having featured just three times this season.

Brendan Rodgers will now have to make do with Mario Balotelli, Fabio Borini and Rickie Lambert in attack until the New Year, and it’s fair to say it’s far from the strongest looking attacking trio in Liverpool history.

With the January transfer window looming, Rodgers may look to bolster his squad, assuming Divock Origi doesn’t return early from his loan spell at Lille.

Here are six players who would be fine additions in January.

The 27-year-old Paris Saint-Germain man is reportedly growing tired of life with the Ligue 1 giants, and his relationship with star man Zlatan Ibrahimovic is reportedly strained.

The Uruguay international wishes to play in a central role, but is invariably used out wide because Ibrahimovic is first-choice striker at Parc des Princes.

If Liverpool were to make a bid for Cavani, offering him regular football in his favoured position, it could tempt him away from PSG. Although perhaps not the most brilliant all-round player, he is a guaranteed goal machine, scoring 34 times in 60 games for the French club, and 104 in 138 for Napoli prior to that.

Adriano has been on fire for Shakhtar Donetsk of late, and is crying out for a chance to impress in one of the world’s top leagues.

The Brazilian, who somehow didn’t get into the Selecao‘s squad for this summer’s World Cup, has scored an incredible nine goals in just four Champions League games this season. Since joining the Ukrainian club in 2006 he has scored 121 times in 249 appearances.

His performances have finally been rewarded with an international call-up by Dunga, and his pace, trickery and lethal finishing would be a great addition to the Reds’ squad.

Despite having just signed a one-year extension at Swansea, a January swoop for Bony is not completely out of the question.

The 25-year-old has been chased by Rodgers before, and his Premier League experience would certainly be one of the main positives in trying to take him to Anfield.

Strong as an ox and hard-working, but also with clever feet and deadly finishing, the Ivory Coast international would offer what Balotelli seemingly isn’t at the moment.

Berahino has emerged as one of England’s brightest young talents this season, scoring eight times in 14 appearances for a relatively average West Brom side.

The 21-year-old would certainly appeal to Rodgers’ and FSG’s preference of signing young players and developing them, and playing with better players could also help take Berahino’s game to the next level.

There might be more of a risk element in signing the youngster than some players on this list, but he looks a very fine prospect. He is quick, tricky and versatile across a front three.

Jovetic has had an extremely frustrating time of things at Manchester City this season. Injuries have curtailed his progress, and manager Manuel Pellegrini has often preferred Sergio Aguero and Edin Dzeko in attack.

The Montenegro international has appeared just twice in the Premier League in 2014/15, and one of those was against Liverpool, where his two goals helped City to a 3-1 victory in August.

The 25-year-old is an extremely intelligent forward, often deploying more of a ‘number 10’ role, and he would be a terrific acquisition by the club. The lure of first-team football would surely appeal, but would City sell to a rival?

Martinez has been a player linked with a move to Anfield for a number of years now, and he continues to impress greatly at Porto.

The Colombia international, who was a key player for the South American side at the World Cup, has scored 12 goals already this season, taking his tally to 72 in just 107 games for the Portuguese side.

The 28-year-old is tall, strong and a brilliant finisher, and with Liverpool looking limp in front of goal this season, he would add a definite spark in attack.