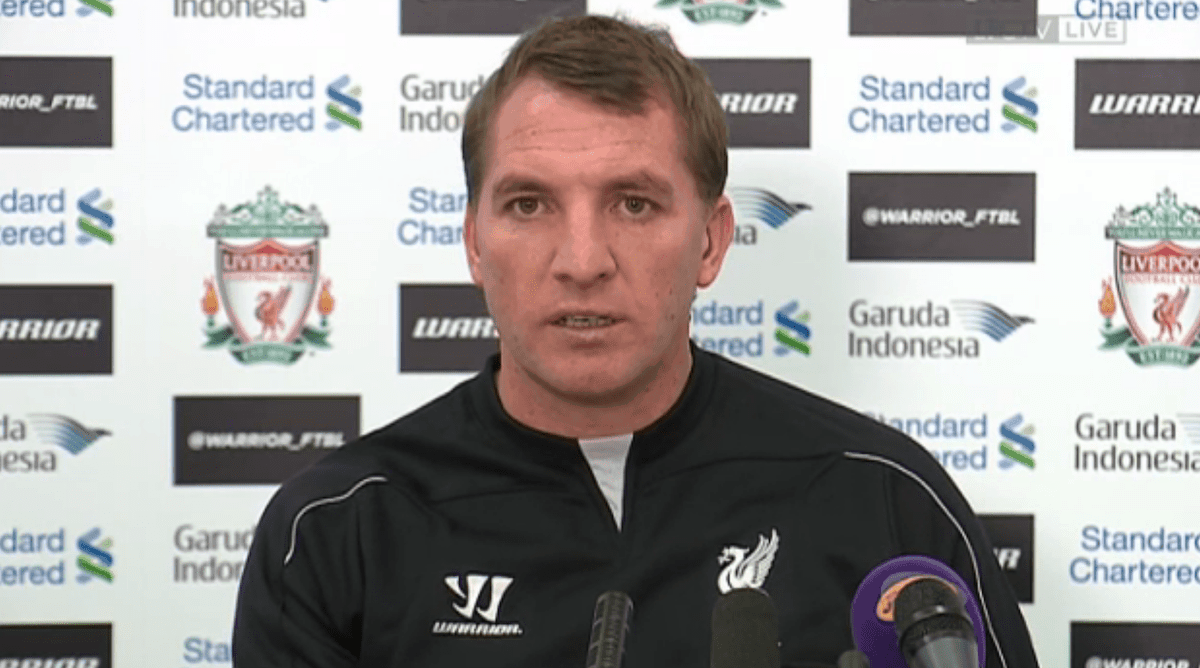 Liverpool manager Brendan Rodgers has drawn a line under the ongoing debate over whether the club did enough to keep Steven Gerrard at the club and discussed the departures of other senior players at the club.

The Reds captain, whose move to the Los Angeles Galaxy this summer was confirmed on Wednesday, revealed earlier this week he would have signed a new contract had it been offered in pre-season.

Liverpool’s offer of an extended deal did not arrive until November, by which time the 34-year-old was already considering his future, and that has prompted questions about the club’s handling of the affair.

“There is nothing any more to add,” said Rodgers. “Everything has been said on that situation that needs to be said.

“Steven spoke very openly and honestly with his feelings on it. When you see all the interviews you will find it was dealt with. If you want to pick a few words out of what he said and elaborate… he is happy where it is at.

“His concentration is now on football, he has announced where he is going so you have all the information and he has done all his interviews.

“Now we really have to concentrate on the football and the team and keep the momentum going.”

Rodgers admits attention now has to be paid to finding players capable of succeeding such a club icon.

“There is no doubt Steven is still a top-class player and has been that world-class talent for many years and him leaving in the summer leaves a void on and off the pitch but the club has to keep moving forward. We have to keep looking to bring in the best players we can.

“History shows players who have been great players here move on and it is an opportunity for other players to grab the mantle.”

Rodgers has high hopes for young forward Raheem Sterling, who is expected to sign an improved new contract within the next month which will reflect his growing importance to the side.

“Raheem has burst onto the scene and been outstanding and in one of the most competitive leagues in the world he has been on of the top-performing players,” he added. “He still has a lot of years in his football education.”

Gerrard’s impending departure, following the sale of Luis Suarez to Barcelona last summer, leaves the side low on top-class quality.

The club’s recruitment policy since Fenway Sports Group took over in 2010 has been to focus on buying players with potential to improve but the current situation demands a different approach.

“It is important to continue to move forward,” added Rodgers.

“I was fully aware part of the evolution of this group in the first two or three years (of his reign) was going to be that period where some of the great names of the club were going to move on.

“The likes of Carra (Jamie Carragher) in my first year was brilliant and come the end of that season he wanted to move on.

“Guys like Pepe Reina, stalwarts of the club, needed to move on to play regularly and you have seen recently Steven feels at the end of the season it is time for a life change as much as a football change.

“It is very difficult for a manager, these are players who have been outstanding for the club.

“You have to strategically have a plan in place to do everything you possibly can to replace that quality.

“Ultimately that is what it is about. It is not about the number of players, it is about the sheer quality of the player.

“Liverpool has had that quality over a number of years and must continue to have it going forward.

“That is a challenge for a manager in the model of how we work and we will have to work very hard to get that level of player in.

“We must also respect young players coming in need to be given that opportunity so hopefully they can become a star.”