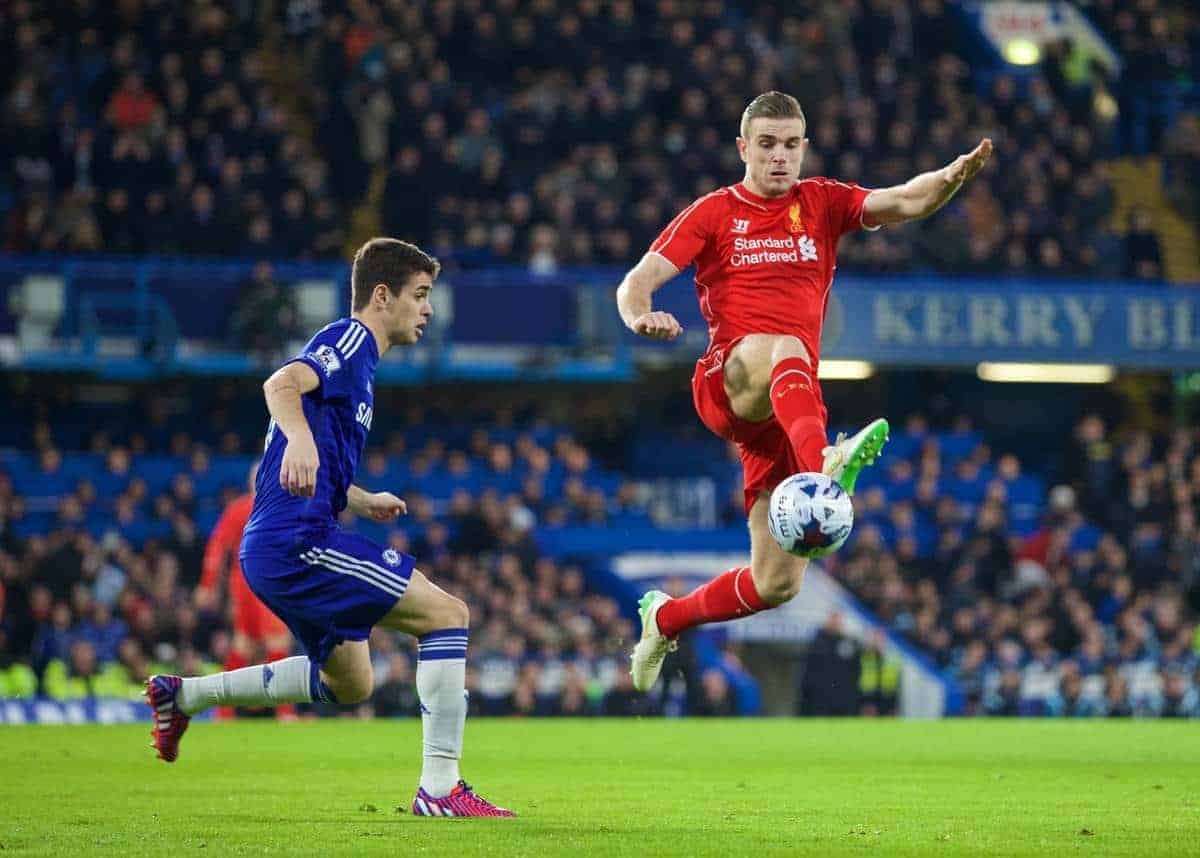 Liverpool were beaten 1-0 by Chelsea in their League Cup semi-final second-leg showdown at Stamford Bridge, with Branislav Ivanovic’s extra-time header enough to send the Reds crashing out.

Brendan Rodgers stuck with exactly the same starting eleven from the first-leg at Anfield, with Martin Skrtel, Alberto Moreno, Lucas Leiva and Steven Gerrard all returning having been rested against Bolton. There was no place for Daniel Sturridge in the squad.

The game got off to a ferocious start, with tackles flying in and Diego Costa fortunate not to be at least booked for a deliberate stamp on Emre Can.

Skrtel was lucky not to concede a penalty after a needlessly rash tackle on Costa soon after, but in the opening 25 minutes there had been no good chances of note.

Alberto Moreno was denied excellently by Thibaut Courtois in the 27th minute, after a superb Gerrard pass, and the Belgian then denied Philippe Coutinho minutes later.

Liverpool were much the better side throughout the first-half, defending doggedly, breaking at pace and creating chances. They hadn’t been ruthless enough in front of goal, however, which has been their downfall in big games in the past.

Oscar twice had efforts on goal for the hosts that went harmlessly wide, as Jose Mourinho’s side started to threaten more. At half-time it was goalless though, and the Reds had been highly impressive.

There were no changes at the interval, as a finely poised contest got back underway. Cesc Fabregas was replaced by Ramires soon after the restart though.

Tempers began to flare, particularly between Costa and Skrtel, as the hatred between the two clubs started to become more and more evident.

Liverpool struggled to impose themselves on the game as much as in the opening 45 minutes, and the brilliant Eden Hazard fired a superb strike just wide after 58 minutes.

Simon Mignolet saved brilliantly with his legs from a deflected Costa shot, and at the other end Gerrard fired into the arms of Courtois. It was breathless.

Mignolet again did brilliantly to deny the dangerous Costa, thwarting him outstandingly with his legs, and Ramires struck wide from distance.

The final 20 minutes saw both sides going at each other hammer and tong, but neither team could find a winner. Extra-time was required, and Liverpool had to score in the added 30 minutes to have any chance of reaching the final.

Substitute Mario Balotelli wasted a terrific chance straight away, but frustratingly shot into the crowd. Lucas was fortunate to avoid a second yellow card.

In the fourth minute of extra-time Chelsea took the lead. Branislav Ivanovic headed home from a free-kick out wide, but Balotelli had lost the Serb far too easily.

Jordan Henderson had a wonderful chance to equalise but headed wide with the goal at his mercy, and it just wasn’t meant to be for Rodgers’ men.

In the second-half of extra-time the Reds desperately pressed for a goal that would take the tie to penalties. It didn’t come though, and Liverpool were out after a valiant effort in west London.