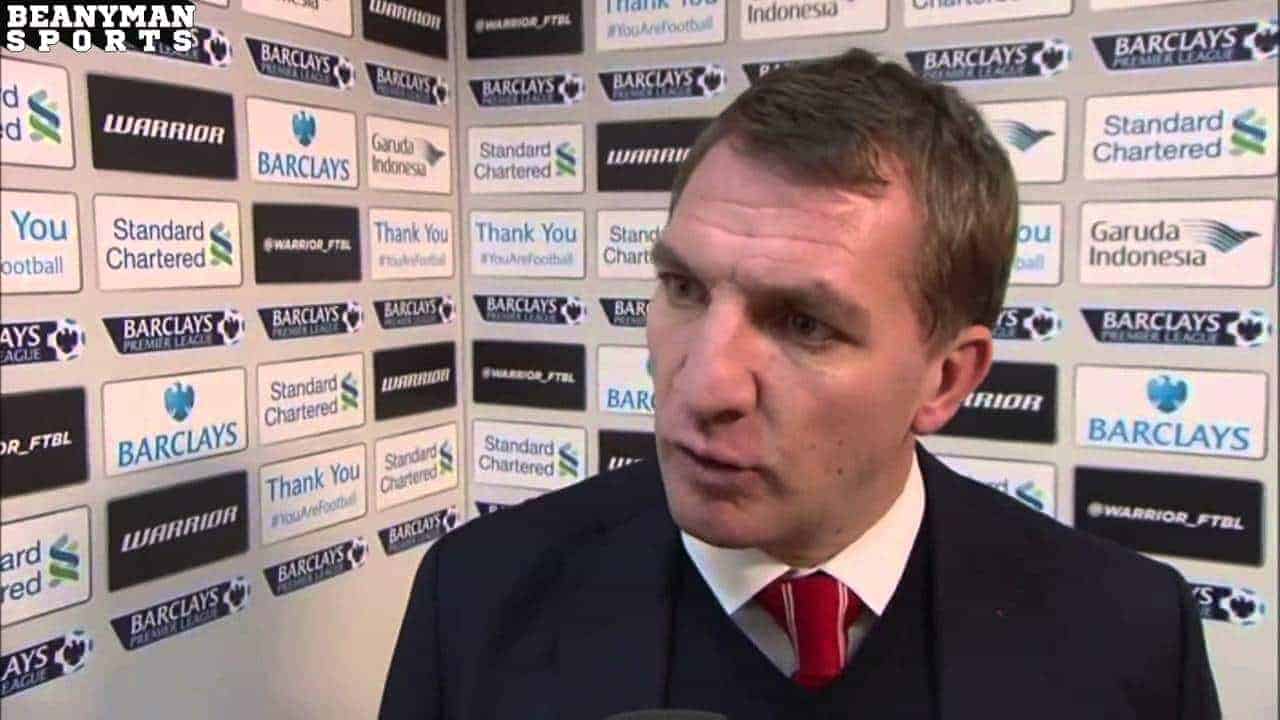 Brendan Rodgers conceded his side weren’t good enough as they surrendered a two-goal lead to draw 2-2 with Leicester City at Anfield on New Years Day.

Two first half penalties from Steven Gerrard were cancelled out by strikes from David Nugent and Jeff Schlupp after the break.

"I thought we got what we deserved in the end,” Rodgers told press after the game. “I don't think we played well in all honesty and I thought Leicester played very well.

"We are obviously disappointed at being 2-0 up as the first goal we gave the ball away so cheaply and did not defend well enough.

"It was interesting because we had a plan in place in terms of after the opponent scores or after we score – that five-minute spell where we have an idea of what to do – and unfortunately we failed to do that.

"Today we weren't tight enough on the ball, didn't keep it for long enough and our passing was slower than normal.

"We didn't start the game well and were fortunate to get a penalty, which gave us confidence."