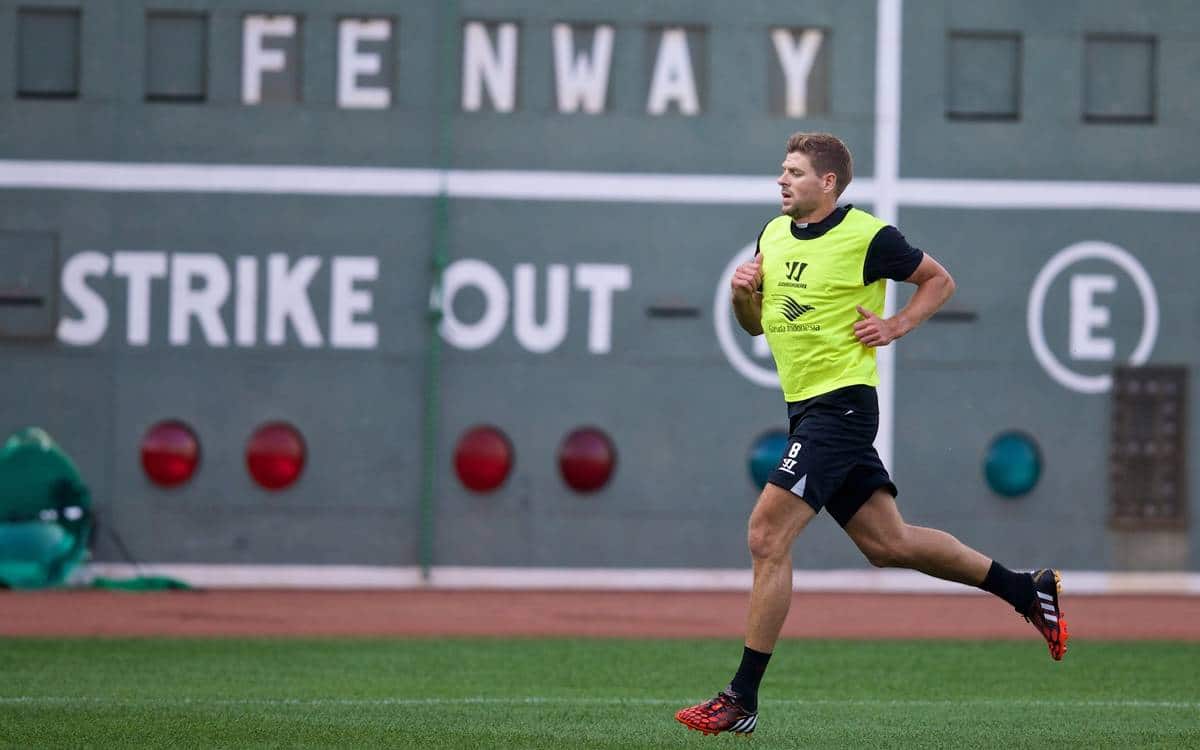 Steven Gerrard has reportedly agreed a deal to play for American MLS side LA Galaxy, signing an 18-month contract with the west coast club. Gerrard announced on Friday that he will be leaving Liverpool at the end of the season and the 34-year-old is now reported to be swapping Merseyside for California when his contract expires at Anfield this summer.

The report comes from ESPN (via The Mirror). They claim Gerrard will sign for LA Galaxy on an 18-month, £3.9 million pro-rated deal.

Galaxy, who are managed by former United States manager Bruce Arena, are the current MLS champions and are captained by former Liverpool striker Robbie Keane. They’re also MLS’ most successful club, having won the ‘MLS Cup’ five times – a number Stevie is familiar, having lifted Liverpool’s fifth European Cup back in 2005.

Gerrard will be following in the footsteps of David Beckham, who played for Galaxy from 2007 to 2012.

UPDATE: The Los Angeles Times newspaper are also reporting the same news, claiming confirmation from a Galaxy official. They write that:

“A move to Southern California makes sense for Gerrard from a personal standpoint since his wife, Alex Curran, is a model and fashion designer who could benefit from access to the entertainment industry.”