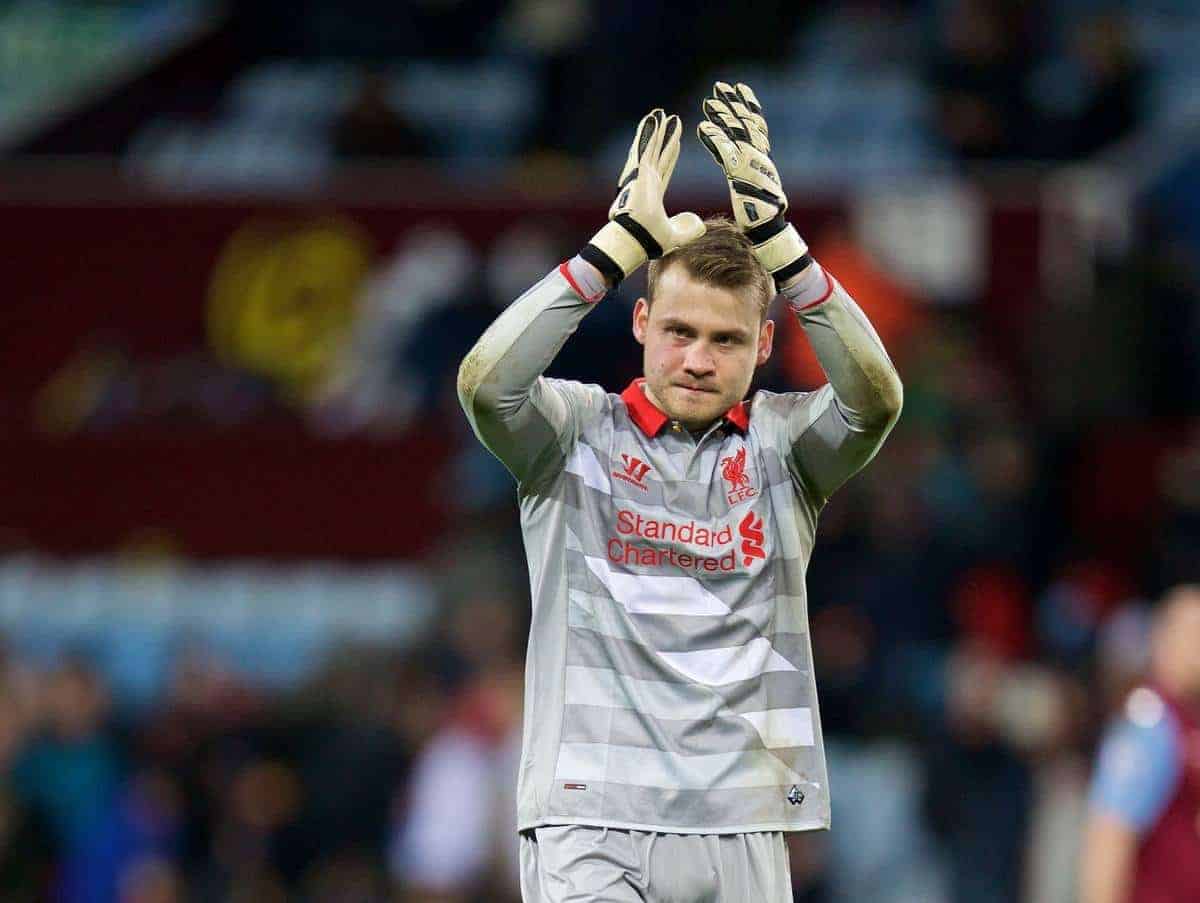 Simon Mignolet would have been at the top of most lists for players to replace in the Liverpool first team this January, with his struggles in the Premier League well documented and miserably coinciding with the side’s poor form.

Indeed, Brendan Rodgers acknowledged his goalkeeping issues by declaring his interest in signing an “experienced goalkeeper on a short-term basis” earlier this month.

But Rodgers’ latest admission, speaking to talkSPORT on Monday, that January “will be pretty quiet” suggests that transfer activity will be decidedly limited this month.

Mignolet staying as Rodgers’ No. 1 this season, and then summer moves for a goalkeeper such as Club Brugge’s Mathew Ryan and/or Petr Cech, is the more likely situation.

So the manager must search for alternative routes to improve his goalkeeping troubles – and it appears to be working so far.

The Vote of Confidence

Mignolet’s performances were at a dismal low in the early stages of the season, having his authority questioned regularly and his every move scrutinised.

In the midst of this, Rodgers made two potentially disastrous moves with regards to his No. 22.

Firstly, after a poor mistake in Liverpool’s 2-2 November draw with PFC Ludogorets Razgrad, in which Mignolet spilled a long-range striker into the path of winger Dani Abalo, Rodgers questioned the goalkeeper’s confidence:

Secondly, his notorious “indefinite period” of dropping Mignolet, in favour of Australian backup option Brad Jones, continued to underline the manager’s view of his issues.

With this failing, and Jones clearly a step too far into the experimental, Rodgers has now changed his stance.

Instead, a vote of confidence has clearly been identified as the way forward.

After Saturday’s 2-0 victory away to Aston Villa, Rodgers praised Mignolet’s performance—and despite one fumble, the goalkeeper was in good form at Villa Park:

“I felt today he looked like a Liverpool goalkeeper—dominant, calm, and when called upon, he made a great save. Most impressive for me was when the corners came in. He took the pressure off the defenders and come through people.”

Rodgers continued: “When you do that as a goalkeeper it gives you confidence around you.”

Furthermore, Jordan Henderson, already shaping up to assume Steven Gerrard’s mantle as Liverpool captain next season, was effusive with his praise of Mignolet after the Villa win:

“He was probably our best player against Villa and he was brilliant the week before against Sunderland as well. Hopefully he will go from strength to strength.”

Back an unsettled goalkeeper and his confidence will increase on the pitch.

Mignolet has clearly been helped exponentially by Rodgers’ shift in his defensive layout since his spell on the sidelines, too.

Previously, an ever-shifting back four featuring the equally nervous Dejan Lovren, as well as Martin Skrtel and Glen Johnson—players who hardly instil confidence themselves—afforded Mignolet little in the form of consistent protection.

Now, with comfortable presence of Emre Can and Mamadou Sakho supporting Skrtel, as well as the diligent Lucas Leiva shielding the defence, Mignolet is under less pressure.

On average this season, Liverpool have conceded 11.4 shots per game.

Since Mignolet’s reintroduction against Burnley, and the establishment of a Can-Skrtel-Sakho back three, the Reds have conceded an average of 9.2 shots per game.

Naturally, this average of 9.2 since the introduction of the back three is affecting the overall average of shots conceded per game.

Prior to this tactical switch, Liverpool conceded an average of 12 shots per game in the Premier League.

Difference made by Can-Skrtel-Sakho back three?
Before – 12
After – 9.2

Liverpool’s defensive strength, and the vitality of Lucas, is allowing Mignolet more leeway in terms of the saves he has to make.

The introduction of a back three has seen Mignolet called upon less, which in turn has likely helped his confidence.

It can be argued that the best goalkeepers don’t make many saves, and the amount of saves Mignolet has made on average post-switch is significantly less than during his previous spell in the side:

This coincides nicely with an increase in saves per goal for Mignolet, too, underlining the fallacy in judging a goalkeeper by the amount of saves he makes. This has risen from 1.59 saves per goal to 1.67 — a marginal increase, but an improvement nonetheless.

One area that has markedly improved since Mignolet’s reintroduction to the side is his commanding of the box, and in particular his confidence at punching away lofted balls:

Ultimately, goalkeepers should be judged on the amount of clean sheets they keep and Mignolet is surprisingly successful this season:

Joint-third, alongside Thibaut Courtois and David de Gea, a lot of success has come following, again, the switch to a back three – Mignolet kept four clean sheets in his 15 apps before the back-three switch.

Since the change, he has kept three clean sheets in five games.

There are also appears to have been a conscious decision made to be far more pragmatic with the Belgian’s distribution in recent games – no longer always playing out from the back and looking to clear his lines far more often.

Mignolet made just three long passes against Villa in the 1-0 loss at Anfield in September, compared to 20 in Saturday’s victory.

Admittedly, this approach has seen his accuracy deteriorate (47% vs. 74% since back three change) – which is as you’d expect and emphasises the new approach.

While he can definitely work on his accuracy, it seems that Mignolet and Rodgers have identified that it is better for him to opt for a long-distance approach due to his deficiencies in possession.

Mignolet can take heart from his recent performances, the added protection of his new back line and the confidence his manager and his teammates seem to have in him.

It may not have been the ideal situation for Rodgers this January, but the methods he is employing to improve the performances of Mignolet are clearly working.

Can Simon Mignolet continue to improve at Liverpool this season? Let us know in the comments below.