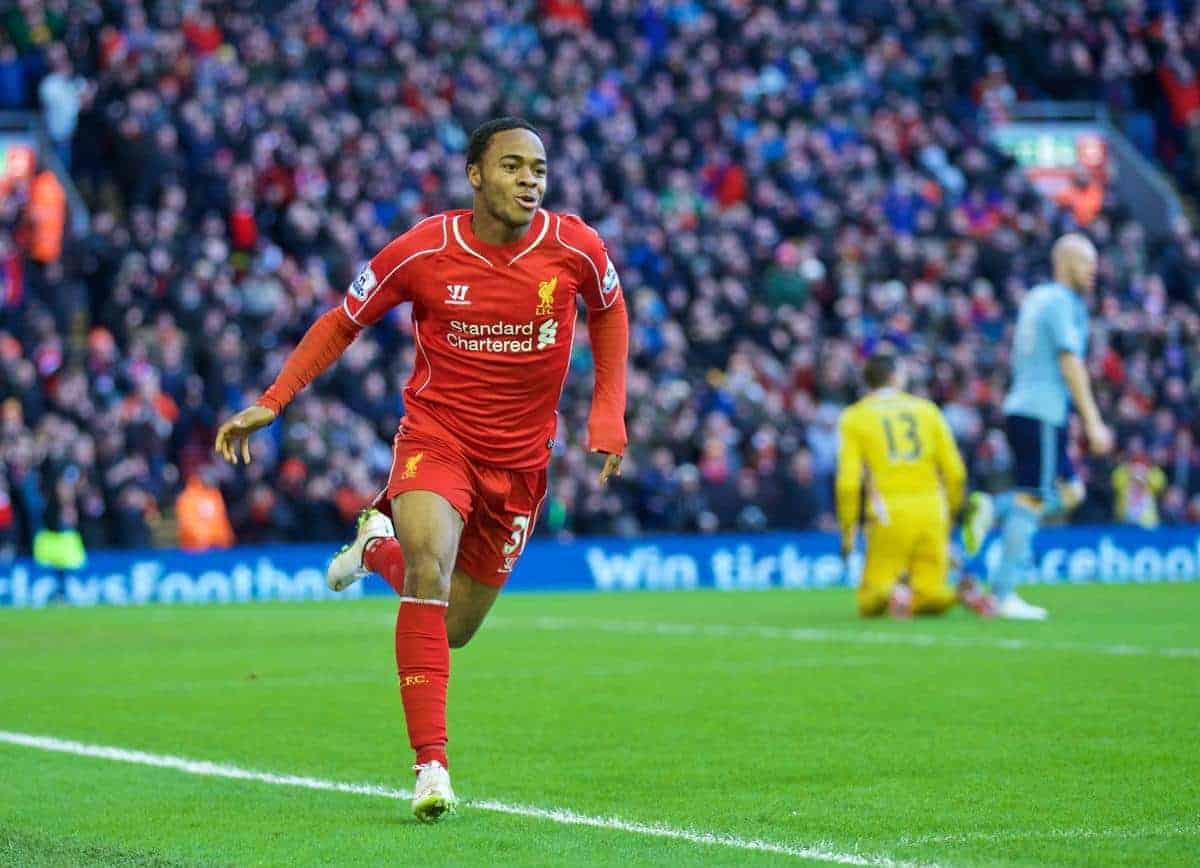 We round-up the best newspaper reaction from Liverpool’s impressive 2-0 win over West Ham at Anfield on Saturday afternoon.

It was another successful day’s work for Brendan Rodgers and his side, as they swept aside a potentially dangerous West Ham side with relative ease.

Raheem Sterling’s well-taken opener shortly after half-time got the Reds on their way, before Daniel Sturridge stole the headlines.

The 25-year-old, who has been so sorely missed during his five months out with injury, scored within 12 minutes of replacing Lazar Markovic, putting the game to bed in the process.

Liverpool’s top-four aspirations are seemingly strengthening by the week, but they could do with Arsenal and Southampton starting to slip up a little now.

Ian Doyle of the Liverpool Echo outlined the importance of Sturridge’s return to the side, with the Reds finally having a natural finisher on the pitch again:

Daniel Sturridge is back. […] All the pain and frustration of the last five months instantly melted away the moment he dispatched a trademark clinical finish into the bottom corner beyond West Ham United goalkeeper Adrian.

It has been a long, hard road since the striker had last pulled on a Liverpool shirt at White Hart Lane on August 31. Not just for Sturridge, but also Brendan Rodgers.

As consecutive blanks against Bolton Wanderers and Chelsea had shown, improvisation can only go so far. Nothing can deputise for a natural goalscorer.

The Daily Telegraph‘s Chris Bascombe also highlighted Sturridge’s undeniable influence, and admits there is a chasm in class between him and Liverpool’s other strikers:

To put it into some kind of perspective – damning though it is for those who tried and failed to deputise – Sturridge is now the joint top scoring Liverpool striker for this season, having already gone ahead the combined league total of Mario Balotelli and Fabio Borini.

Even if Sturridge looks a yard short of where he will be in a few weeks, he was still several miles ahead of the alternatives the Kop has been subjected to. This was his 33rd Premier League goal in just 47 league appearances for Liverpool. He has two in two home games this season.

The Liverpool Echo‘s Andy Kelly lauded the performances of Sterling and Philippe Coutinho, praising their telepathic understanding on the pitch:

Time after time it happened. The little Brazilian to his favourite partner in crime. These two are a joy to watch.

Occasionally others are invited into their personal game of keep ball, a Lallana touch here, a Henderson run there, to which of course a Sturridge finish there can now be added.

This is a true Anfield partnership, far more say than the Sturridge/Suarez axis of last year – which profited from their individual talents rather than any inherent SOS understanding.

Tim Abraham of the Guardian was equally praiseworthy of Sterling, claiming the youngster was comfortably the star man on the day:

Despite Sturridge’s goal, there was no denying that Sterling was the central figure in Liverpool’s dominance of Sam Allardyce’s side.

At the beginning of the month, Rodgers afforded the 20-year-old the luxury of a sunshine break in Jamaica, and it appears to have refreshed and re-energised the youngster.

Sterling has been playing his best football of the campaign since then, and he was simply in a different class to everybody else on the pitch at Anfield.

Next up for Liverpool is Tuesday’s FA Cup fourth round replay with Bolton Wanderers, followed by the Merseyside derby against Everton at Anfield on Saturday.