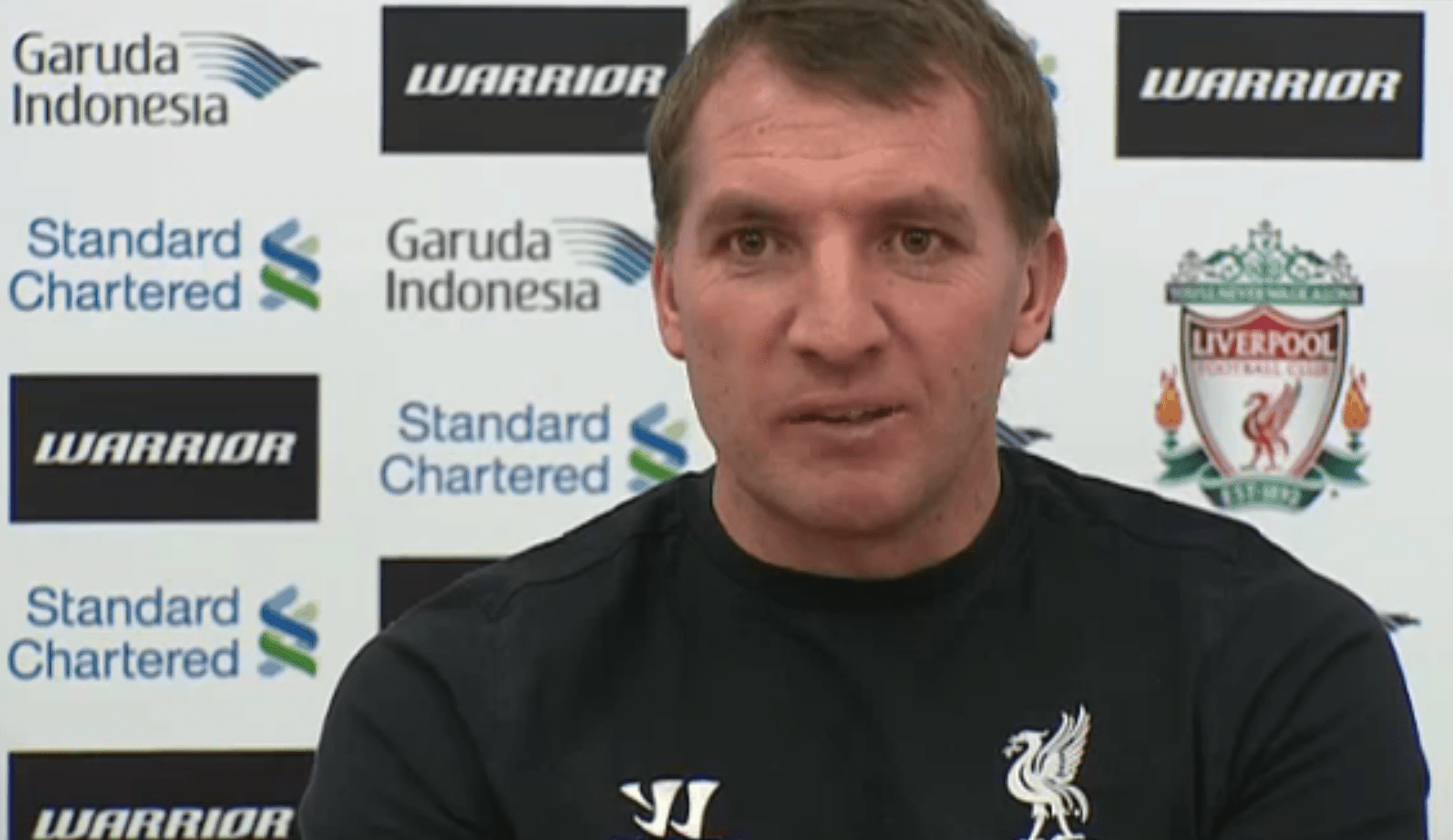 Brendan Rodgers spoke to the media at Melwood on Friday afternoon ahead of Liverpool’s Premier League clash away to Southampton this Sunday.

The Reds boss clarified the fallout from Liverpool’s late penalty against Besiktas on Thursday night, saying far too much drama was made of the situation.

Liverpool can close the gap on the Premier League top four with a win at St Mary’s and will be hoping to complete a double over Ronald Koeman’s men after beating them at Anfield on the opening day of the season.

Southampton v Liverpool gets underway at 4:15pm on Sunday, 22nd February and it’s live on Sky Sports 1 in the UK.