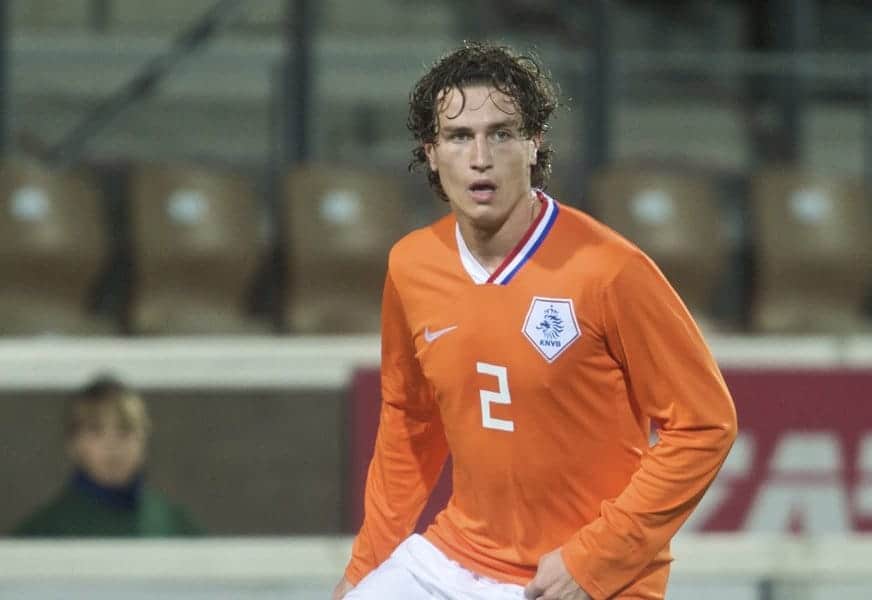 Ahead of what is likely another busy summer, Brendan Rodgers has set his sights on Newcastle United right-back Daryl Janmaat.

The Newcastle Chronicle claim that “Liverpool have run the rule over Newcastle United’s in-form right-back [Janmaat], whose fine first season in the Premier League has attracted heavyweight interest.

“Whether watching the player will translate to anything more substantial is not clear at this stage but the Reds have a strong scouting presence in the North East.”

With Glen Johnson hinting at a summer departure, Javier Manquillo nowhere near Rodgers’ first team and Jon Flanagan currently seeing out the final months of his current deal, Liverpool are likely to be in the market for a right-back this summer.

Janmaat, who joined Newcastle from Feyenoord in a £5 million last summer, would be an ideal solution.

With a rate of 2.8 tackles and 2.1 interceptions on average per Premier League game this season, Janmaat is a comfortable defensive full-back, and has provided stability to Newcastle’s back line.

Furthermore however, Janmaat is an accomplished attacking prospect.

He has the second-most assists of any full-back in the league, with six, only behind Everton’s Leighton Baines, who has seven.

Janmaat has also scored one goal this season.

His rate of 0.8 dribbles and 0.8 key passes on average per game would make him one of the most prolific attacking defenders in the Liverpool squad—no defender has made more dribbles, while Alberto Moreno is the only defender to make more key passes with 1.3.

Janmaat started all Netherland’s World Cup group games as right wing-back, the role he’d presumably be signed for at Anfield.

Whether Liverpool can convince Janmaat to move to Merseyside is another matter, with Douglas reporting that he is “happy with life at St James’ Park and not even a year through a six-year contract.”

But on his first season’s evidence, Janmaat would be a solid acquisition for the Reds.

Should Liverpool follow through with interest in Newcastle United right-back Daryl Janmaat? Have your say in the comments below.