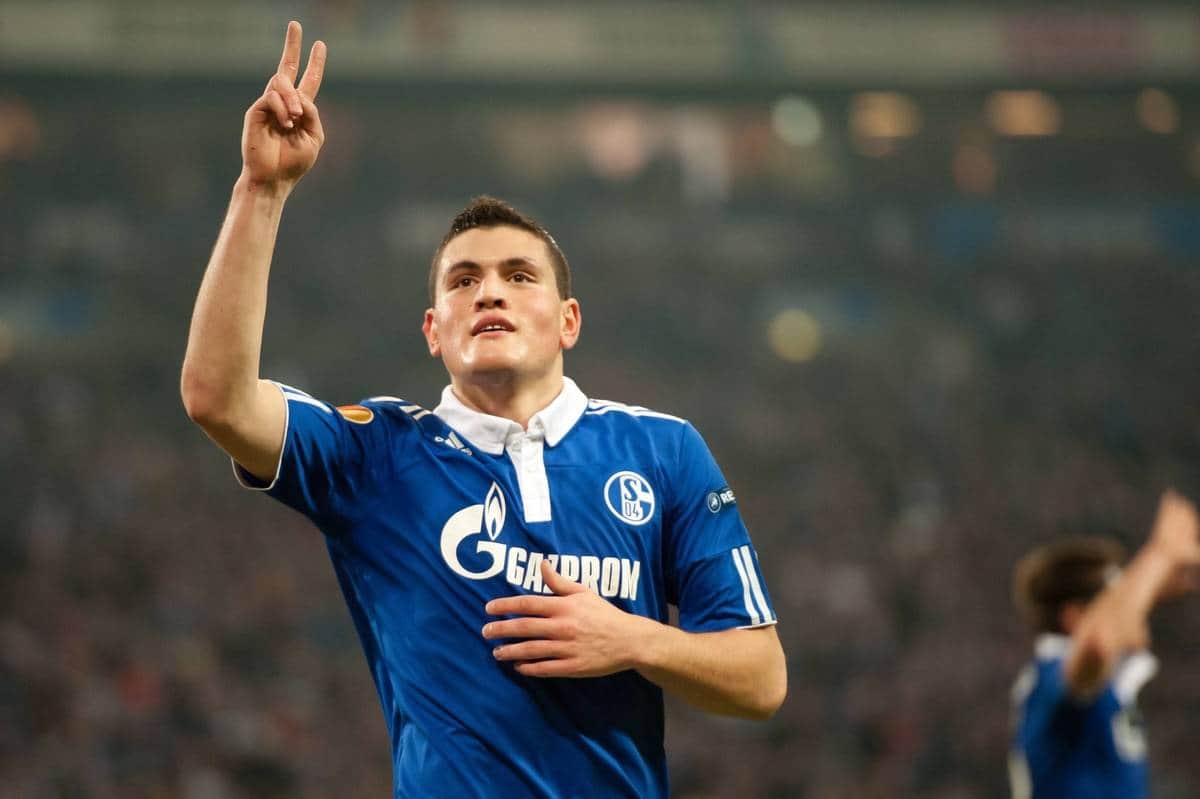 Brendan Rodgers could be set to return to his long-held interest in FC Schalke’s Kyriakos Papadopoulos this summer, if reports are to be believed.

Papadopoulos, currently on loan at Bayer Leverkusen, has struggled with injury this term, but has recovered to re-join the Bundesliga side’s first team.

“With just a year left on his current deal, [Papadopoulos] would apparently be available for as little as £ 5million,” writes one report last week.

But would Rodgers be right to renew his interest in Papadopoulos this summer?

At the age of 23, Papadopoulos already represents a hugely experienced centre-back on the domestic stage—after five seasons in the Bundesliga—in the Champions League—with both Schalke and Leverkusen—and internationally, where is a regular for the Greek senior side.

This is largely due to his phenomenal defensive prowess.

Over the last five seasons, Papadopoulos has averaged 2.6 tackles and 2.7 interceptions per game, as well as making an average of 4.9 clearances.

No Reds centre-back has made more tackles or interceptions on average this season.

Another hugely attractive aspect of Papadopoulos’ game, and a quality lacking in Liverpool’s squad overall, is his ability in the air.

The No. 14 has won an average of five aerial duals in the Bundesliga in this season, with the Reds’ best aerial contender being Martin Skrtel, who has averaged 3.7 per league game.

Papadopoulos is a tough-tackling and perceptive centre-back, with just the right level of aggression, as The Guardian’s Sachin Nakrani overviewed back in 2013 with help from Philipp Seldorf of Süddeutsche Zeitung:

[pull_quote_center]Papa was only 18 when he came to Schalke but he got into the team very quickly and has done well ever since. The supporters also love Papa because of his passion. They can see that he is always fighting for the ball, always trying to win possession.[/pull_quote_center]

An enduring criticism of Liverpool’s squad under Rodgers is that it has for long contained too many wallflowers and not enough match-winners—although this is being levelled with the rises of Philippe Coutinho, Raheem Sterling, Mamadou Sakho and Jordan Henderson of late.

Papadopoulos would add to this group as an uber-confident, and perhaps ego-laden, young talent.

In 2013, Nakrani revealed how “Rodgers has identified him as the new leader of Liverpool’s backline,” and this feeling persists now.

With Chapman suggesting that a deal could be brokered for as little as £5 million, these myriad strengths would seem to represent somewhat of a no-brainer for Rodgers ahead of the summer transfer window.

However, even for such an inexpensive deal, are there any stumbling blocks in the potential signing of Papadopoulos?

Naturally, given his current circumstance, the main weakness when considering this transfer is Papadopoulos’ injury history.

In the last five seasons, Papadopoulos has suffered 12 injuries, keeping him out of action for a total of 592 days, missing 90 games.

Despite a major knee operation in November of 2012, Papadopoulos has continued to sustain injuries in this area, although most have been relatively minor.

While this hasn’t necessarily inhibited his contribution when he is able to play, injuries have stunted Papadopoulos’ progress somewhat.

Furthermore, along with his physical fragility, there remain question marks over Papadopoulos’ psychological mentality, as Seldorf continued in 2013:

[pull_quote_center][Schalke fans] admire his bravery but also worry that he might be a little mad. This is something the management also worry about—if Schalke are losing at half-time they find it hard to get through to Papa in the dressing room. He just sits there looking frustrated and down, and that has sometimes affected his decision making; made his tackling more wild.[/pull_quote_cente]

In his 11 Bundesliga games this season, Papadopoulos has been awarded four yellow cards.

Papadopoulos could be considered a gamble, despite his low transfer fee—but if Rodgers decides he’s worth it, where would he fit in this Liverpool squad?

Where Papadopoulos Would Fit Into the Liverpool Squad

Centre-back is an area that clearly needs reinforcing in the summer, what with Toure’s contract currently set to expire along with that of Glen Johnson, and huge question marks over the lasting quality of Dejan Lovren.

Therefore, Papadopoulos would find an easy route into Rodgers’ first team, if he is able to stay fit.

Emre Can—a successful fixture in Rodgers’ back three this season—is targeting a long-term position in the centre of midfield, and the addition of Papadopoulos would enhance this possibility.

However, it could be argued that Papadopoulos’ best position in a back three would be at its axis, in the role that Skrtel currently performs.

With Papadopoulos’ vast physical qualities, ability in the air and no-nonsense style, he could be considered a youthful upgrade to, or competition for, the 30-year-old.

There are many factors for Brendan Rodgers to consider before bidding for FC Schalke’s centre-back Kyriakos Papadopoulos this summer, but if he does sanction this signing the Liverpool manager would be acquiring another accomplished defensive option for the future.

Should Liverpool target Kyriakos Papadopoulos this summer? Let us know in the comments below.