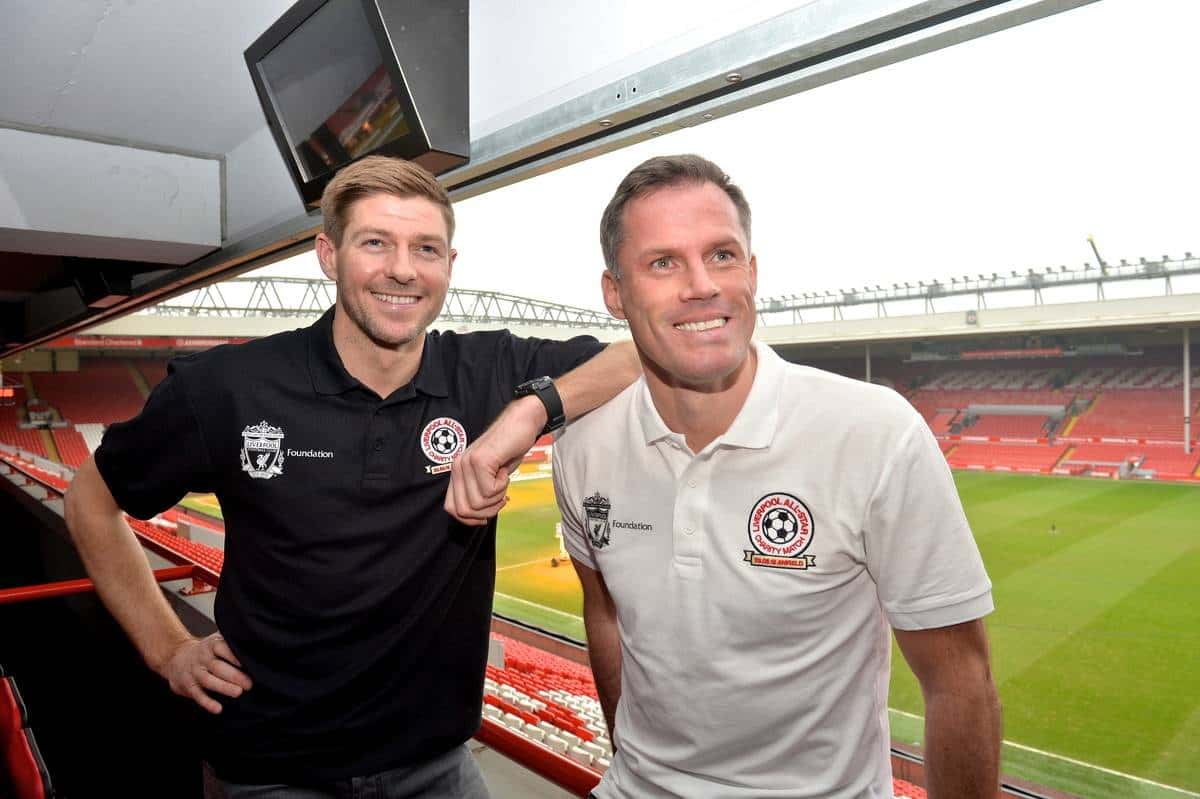 A host of Liverpool youngsters and current first team players have been added to Steven Gerrard and Jamie Carragher’s squads for Sunday’s charity All Star match.

Two youngsters currently out on loan, Joao Carlos Teixeira and Jerome Sinclair, are included – they could get a first taste of a full Anfield.

Also included from the current squad are Alberto Moreno – who was left out of Spain’s Under 21s this week, Jon Flanagan – who has missed the season so far due to injury, Rickie Lambert – dropped for the England squad, Mario Balotelli – out of favour with Italy, and Glen Johnson.

The match will feature a host of former Liverpool players, ex-opponents and current first team and academy players.

Luis Suarez is listed among Gerrard’s squad, but Dirk Kuyt and Raul Meireles have been forced to withdraw due to injury.

With a total of 42 players named, hopefully the Main Stand expansion has seen the changing rooms expanded this week!