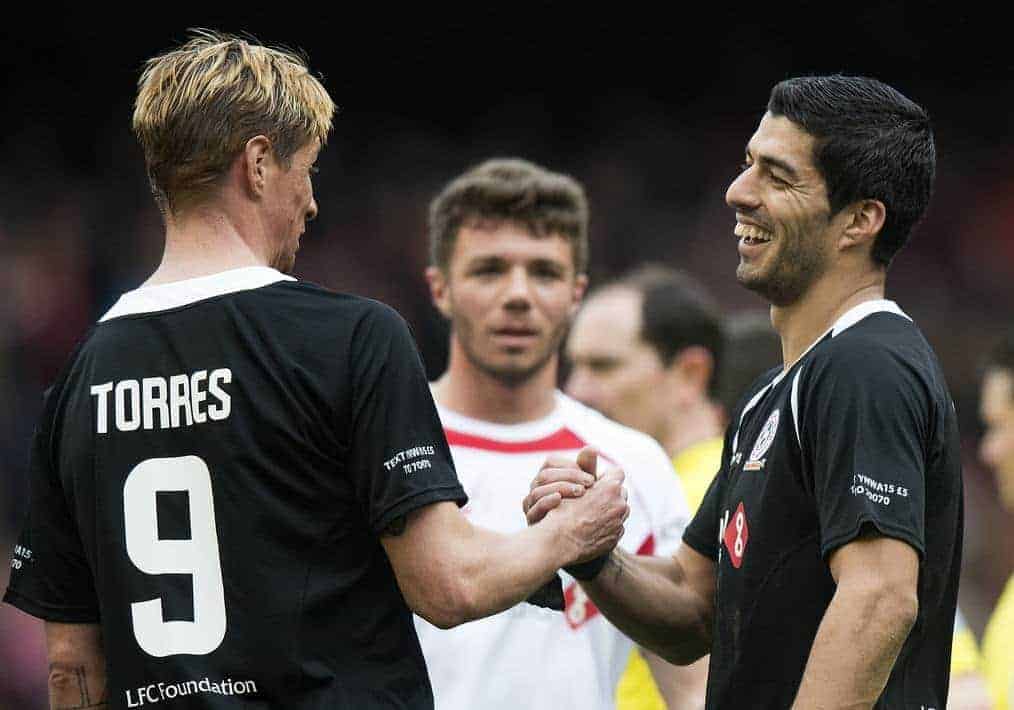 It was the partnership that never was. Then temporary manager Kenny Dalglish had hoped to pair the Spaniard and Uruguayan together but Torres departed for Chelsea for £50 million and the Reds signed Andy Carroll for £35 million from Newcastle.

They arrived onto the pitch for the second half of the All Star charity match to rapturous applause – making supporters wait by holding off their introduction until the rest of the players had lined up on the pitch.

Alas, there was no goal for either player; Jamie Carragher doing his best to deny either of them a fairytale return. Although, Suarez did win the penalty that saw Steven Gerrard equalise for 2-2.

Both players received a warm ovation from the Kop and had their songs aired after full time as the players performed a post-match lap of honour.