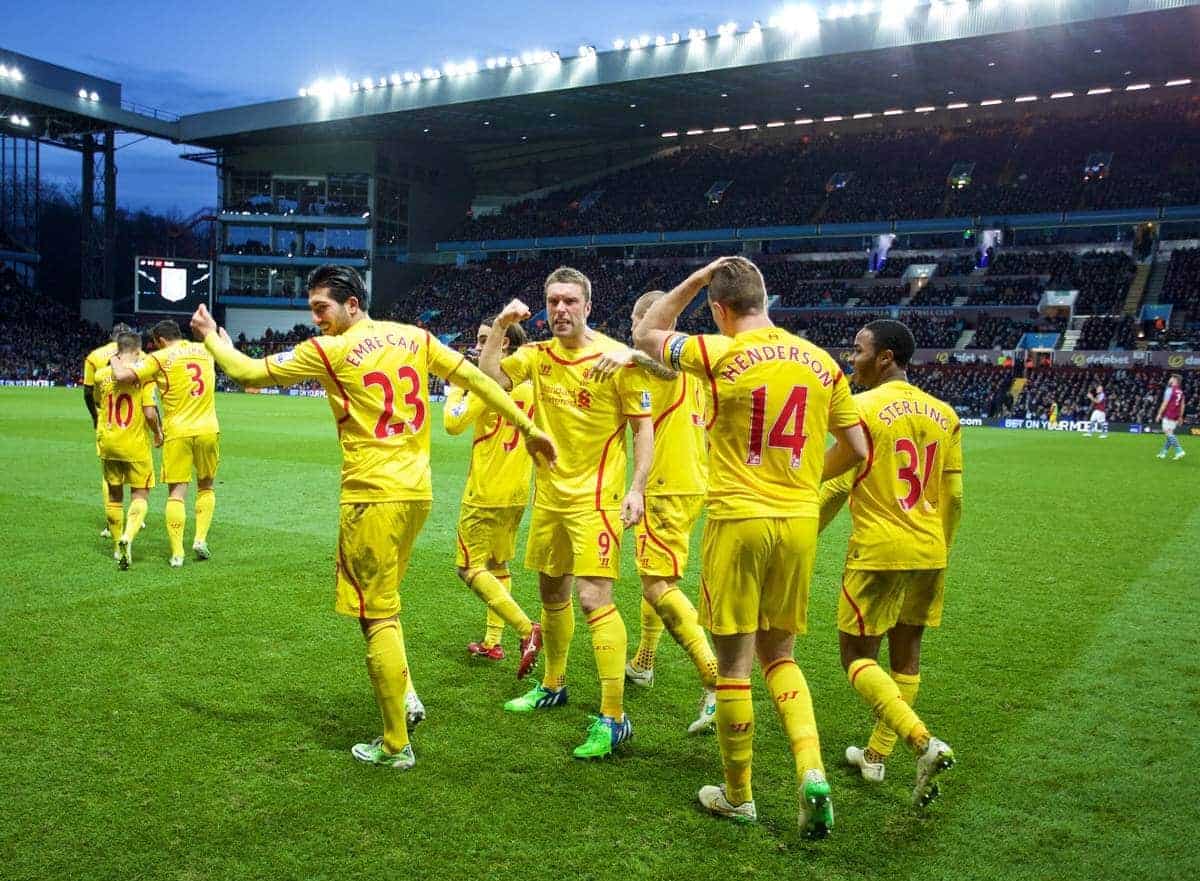 After Brendan Rodgers set his target as a top-two finish in the Premier League, Jack Lusby assesses Liverpool’s chances of doing so this season.

After a miserable start to the season, Liverpool find themselves with the incredible opportunity of not only finishing in the top four of the Premier League come May, but perhaps with a realistic chance of ending up even higher.

This is what Brendan Rodgers believes, at least.

After the 1-0 win away to Swansea City on Monday night, Rodgers reflected on his side’s form and Manchester City’s 1-0 loss away to relegation candidates Burnley at the weekend.

“Manchester City‘s result at the weekend gives us an opportunity to finish second,” Rodgers said. “Our mentality, the run and confidence we have at the moment we’re just going to take that into every game and see where it takes us.”

Rodgers’ ambition is admirable, but what is required if Liverpool are to finish in the top two this season?

What Does it Take to Finish in Second?

Rodgers is a man who loves his numerical probability.

While he’s far from the Sam Allardyce school of ‘if we put in this many crosses we’ll score this many goals,’ or ‘if we run this many miles per game, we have a 40 percent higher chance of winning,’ Rodgers knows the value of setting a points target.

Last season, with the Reds looking set to challenge at the upper end of the Premier League table, Rodgers set the target of two points per game.

Now, the Ulsterman believes 74 points is enough to achieve a fourth-placed finish—this would require Liverpool to up last season’s requirement to 2.2 points per game on average.

But with Rodgers now looking to finish as high as possible, and potentially second, what has it historically taken the second-placed side to finish where they are in the Premier League?

Of the last eight seasons’ second-placed finishes, Liverpool would be able to replicate two of those this season: Chelsea’s abominable 71-point silver-medal finish in 2010/11, and City’s 78 points from 2012/13.

However, what is remarkable this season is how miserable every top team has performed, for at least one considerable stretch—Chelsea and City, for example, are stuttering at present.

Liverpool are actually in the best form of any of the Premier League’s top six at present when considering each sides’ last six league games:

So while it is numerically tough, it is possible for Liverpool finish second this season—but how can Rodgers go about achieving this?

Liverpool’s remaining fixtures throw up a mix of relatively easy clashes on paper, and some true six-pointers.

Here are Liverpool's remaining fixtures, what position do you reckon they will finish? #LFC #EPL pic.twitter.com/zW5O5GnHOE

From Liverpool’s last nine games, two clashes stand out as must-win: at home to United on Sunday, and away to Arsenal almost two weeks later.

Despite all of the rough edges, Louis van Gaal’s United side have quietly and sickeningly crept up the table throughout this season so far, and sit two points ahead of Liverpool in fourth.

This should work as incentive enough for Rodgers—win this clash, and Liverpool could significantly damage their fierce rivals, as well as move above them in the Premier League table.

Arsenal’s midweek Champions League departure could work either way for Arsene Wenger: the Gunners could take their defeat to A.S. Monaco to heart and limp on for the rest of the season, or use it as ammunition to surge up the table and secure yet another shot in Europe’s elite next term.

At present, Liverpool are just three points off Arsenal, who sit in third—if the Reds successfully vanquish United on Sunday, this tie could see them take another step towards second.

Rodgers must treat these two clashes with respect, and do everything possible to secure six points.

Arsenal’s European mire points towards another factor in Liverpool’s positive surge to second place, the Reds have hit fine form in the league, while their respective rivals have hit snags in their progress.

After their Tuesday night loss, Gunners defender Per Mertesacker claimed the side “didn’t have that mental level you need to compete at the highest level.”

Similarly, after City’s Wednesday night defeat at the hands of Barcelona, goalkeeper Joe Hart said: “We have gone out to a magnificent side, but that is the second time in two years for us and that is disappointing for us.”

Both Arsenal and City seem to have taken a mental blow with their exits from the Champions League, and this could be damaging to their morale.

This is far from the mentality that Daniel Sturridge recently attributed to this Liverpool squad, with the striker suggesting: “We’re going into the games with a confident mentality and a positive attitude.”

Rodgers must harness this and used it as an advantage over his rivals in the last nine games of the season.

However, as Sturridge continued: “It is important to secure fourth place and then from there look on. That’s what we’re aiming to do and if we can get higher than that then perfect.”

Rodgers is a manager who is often overly and outwardly ambitious; whether this is an issue or not is another matter entirely—his words could breed confidence or pile pressure on his squad.

There is a definite numerical opportunity to finish second in this season’s Premier League, but Brendan Rodgers still needs to take it a step at a time, starting with a win over Manchester United on Sunday.

Is Brendan Rodgers right to target a high-as-possible finish for Liverpool this season? Let us know in the comments below.