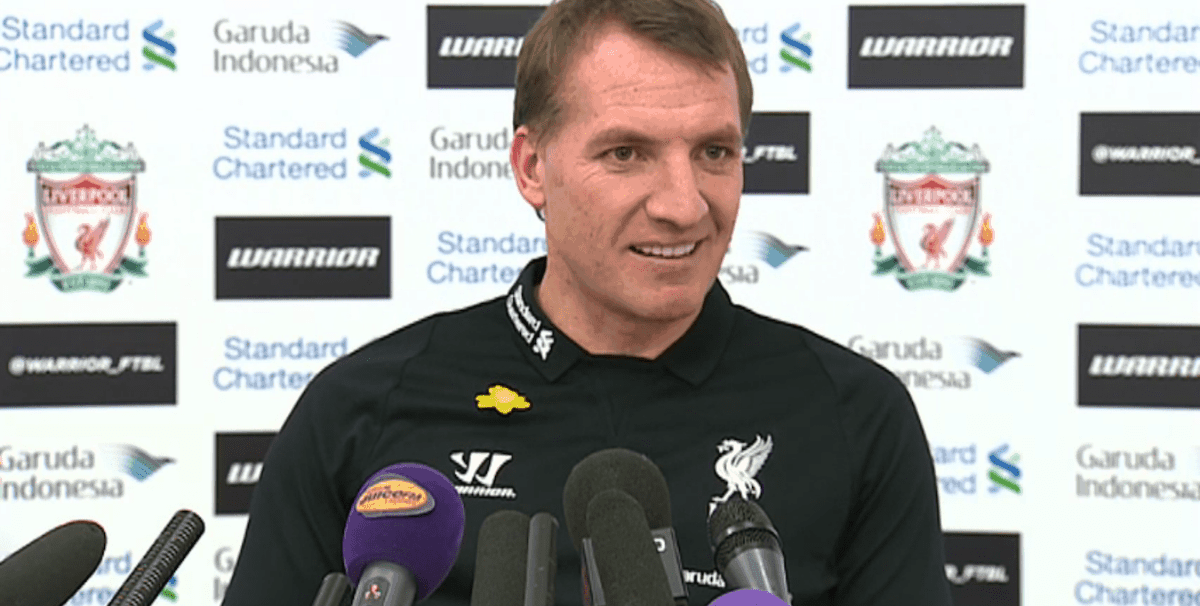 Liverpool manager Brendan Rodgers is keen to avoid the kind of mistakes which have seen many top sides falter in the FA Cup as he eyes a place in the semi-finals.

The Reds head into the weekend as favourites for the competition after fellow big guns Manchester United and Arsenal were drawn together in the last eight.

Sky Bet Championship side Blackburn visit Anfield on Sunday and while Rovers are 25 places below their hosts Rodgers insists they will be treated the same as Manchester City – second in the Premier League – were last weekend.

“They got their first league win away from home in four months in the week (at Sheffield Wednesday) but we will give them the same respect we would give Manchester City or any other team,” said the Liverpool boss.

“It is a big game. We made it clear our intent in this competition was to get to the final and win it and to do that you have to beat different types of teams and Blackburn will come and look to make it difficult for us.

“I think (Rovers manager) Gary Bowyer has done an outstanding job since he has gone in there. “He’s had a similar pathway to myself in terms of working in youth development so he understands football clubs from the top to the bottom.

“He has gone in there in very difficult circumstances and stabilised the club and got everyone on the same path and has done an outstanding job.”

While securing Champions League football for next season remains the priority Rodgers would dearly love to win some silverware in his third year in charge. Having reached the semi-finals of the Capital One Cup he hopes to go at least one better in this competition, although he admits he is only interested in a final at Wembley.

“People say getting to Wembley for the semi-final is a big thing but not really. Winning and getting to the final is the big priority,” he said.

“In many ways I wish the semi-final wasn’t at Wembley because I think it takes a little bit away from it. For me Wembley should be the ultimate game.

“But of course it is a great opportunity if we do go through to play a game at Wembley, which we certainly wouldn’t turn down.

“In domestic cup competitions we were unfortunate not to make the final and in the FA Cup we are giving everything we can to win a trophy while trying to fight to get into the top four.

“We want to get as high as we can – not just fourth – and win a trophy and if we can do that it will be a success.”

Liverpool are the team of the moment with their Premier League form second-to-none and, although their attacking style is again winning plaudits, what is probably more significant is their new-found defensive resilience.

They have conceded just six goals in nine league matches since the turn of the year, during which time they are unbeaten.

Despite enforced changes to his backline everyone now appears to know what job they are supposed to be doing – unlike earlier in the campaign when no matter who he brought in there was always an air of vulnerability.

“What is pleasing are the poor goals we have stopped conceding,” he said. “Our method of play is based on aggressive pressure and with that you limit teams to not many opportunities.

“When that doesn’t function well you concede poor goals. That was the key, we made too many mistakes.

“In the last three months there is a better balance to the team, players are comfortable and with and without the ball collectively we are much stronger.”