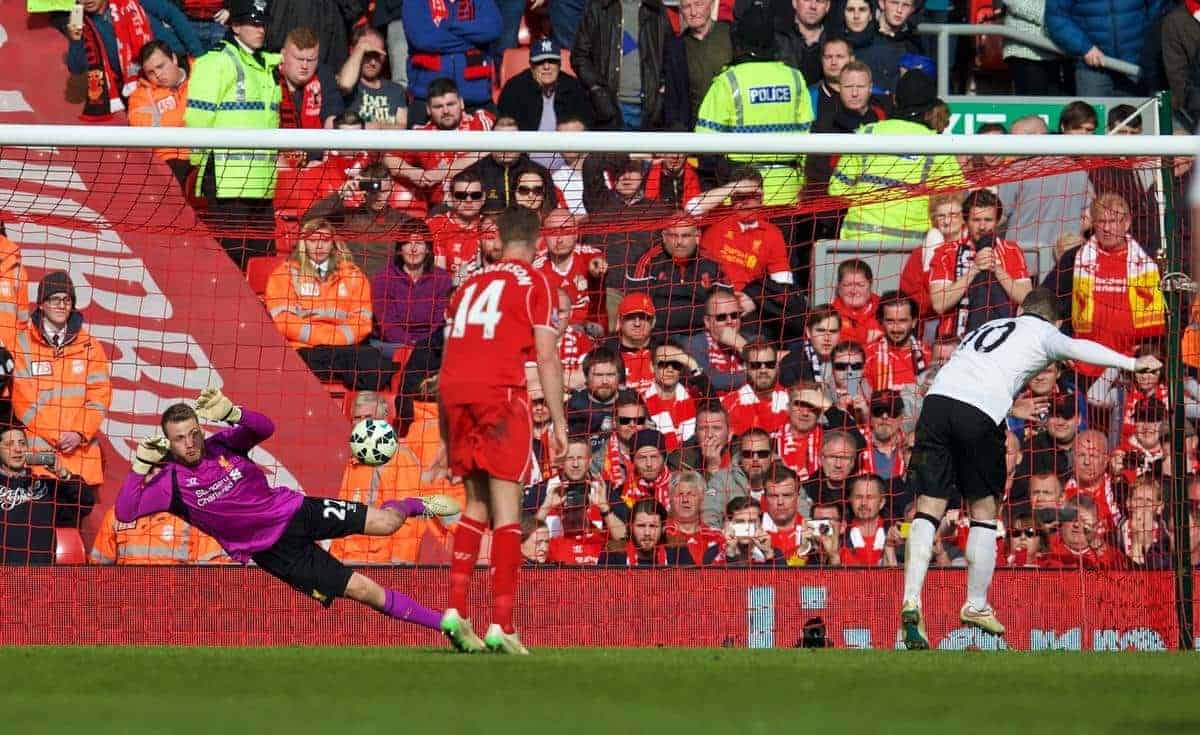 Liverpool goalkeeper Simon Mignolet and manager Brendan Rodgers have called for the players to use the defeat against Manchester United as motivation for a renewed top-four push.

The 2-1 loss at Anfield was their first in the league since losing at Old Trafford in mid-December and left them five points adrift of their arch-rivals, who occupy the final Champions League qualification spot.

But just as the squad reacted to losing to United just before Christmas the expectation now is for them to bounce back and maintain the challenge.

"There's still a lot to play for and when we come back from international duty, we've got that big game against Arsenal (in third)," Mignolet told liverpoolfc.com.

"The game away to Manchester United at Old Trafford we used as a catalyst to put in a lot of good performances – so let's use this game as a catalyst again when we come back.

"With all the games still to play until the end of the season we can still do really well.

"We'll build on the game and hopefully we can come back and get a run going again like we did after that Old Trafford game."

Rodgers has urged the squad to use the international break to put the defeat behind them and return ready for a difficult trip to the Emirates Stadium.

"The message to the players was that last performance at Old Trafford was a great springboard for us," he said.

"We went on and, up until this point (against United), we hadn't lost a league game.

"So now we must use this similarly; refocus, get over the disappointment and then come back into a tough game next against Arsenal and really look to get the points there."

The Reds boss remains confident the defeat, which saw captain Steven Gerrard sent off less than a minute after coming on at half-time, will not derail their bid for the top four.

"It makes it difficult (for the top four). We had a 10-game objective that we set and built into that was that we were not going to win every single game," added Rodgers.

"It's still very much (possible) for us to go where we want to go, which is the top four.

"We just need to fight that bit harder and make up a five-point difference."

Mignolet enhanced his improving reputation further with an added-time penalty save against Wayne Rooney but admitted it gave him little pleasure in the wider context.

"The penalty save isn't important any more although Skrts (Martin Skrtel) had a chance after that," he added.

"When you play at home, you always want to win, but unfortunately it didn't happen.

"They scored in the first half and against a team like Manchester United, it's always difficult after that.

"In the second half, we tried to come back with a new plan to try to make sure we got a result out of the game.

"With 10 men we fought hard to get something out of the game and we got the goal through Daniel (Sturridge) but unfortunately we didn't then get the chance to get an equaliser."

Mignolet also praised Gerrard on his post-match apology for his moment of madness.

"That's what he is about," said the Belgium international.

"He spoke to the team after the game inside the dressing room and what was said exactly shall stay in there, but it shows who and what he is off the pitch."