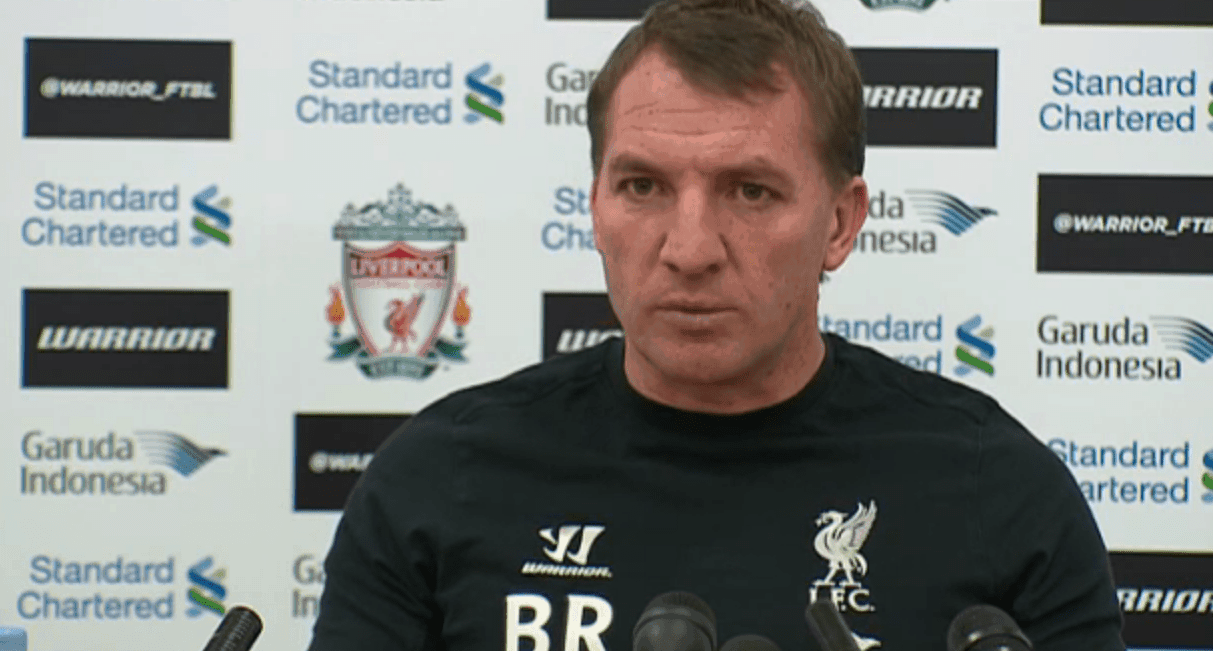 Brendan Rodgers addressed a room of media at Melwood on Saturday morning to preview Liverpool’s Premier League clash away to Swansea on Monday night, and also gave an update on Raheem Sterling’s new contract situation…

“There is nothing new to report on it. I am quite relaxed about Raheem’s situation,” Rodgers told press.

“He is not going anywhere in a hurry – he has still got this season and another couple of years to go on his contract.

“I think it is quite obvious when you look at Raheem’s situation anyone with Raheem’s best interests would see Liverpool as the best option for his career.”

Prior to Rodgers’ press conference, Monk had heaped praise on his managerial counterpart. Of Rodgers, he told press, “He’s got the knowledge, know-how and capabilities in man-management. He’s got the package to do it at the elite of Europe.

“But I’m sure he wants to take Liverpool to those heights again.”

Swansea v Liverpool gets underway at 8pm on Monday, 16th March 2015 and is live on Sky Sports 1 in the UK.