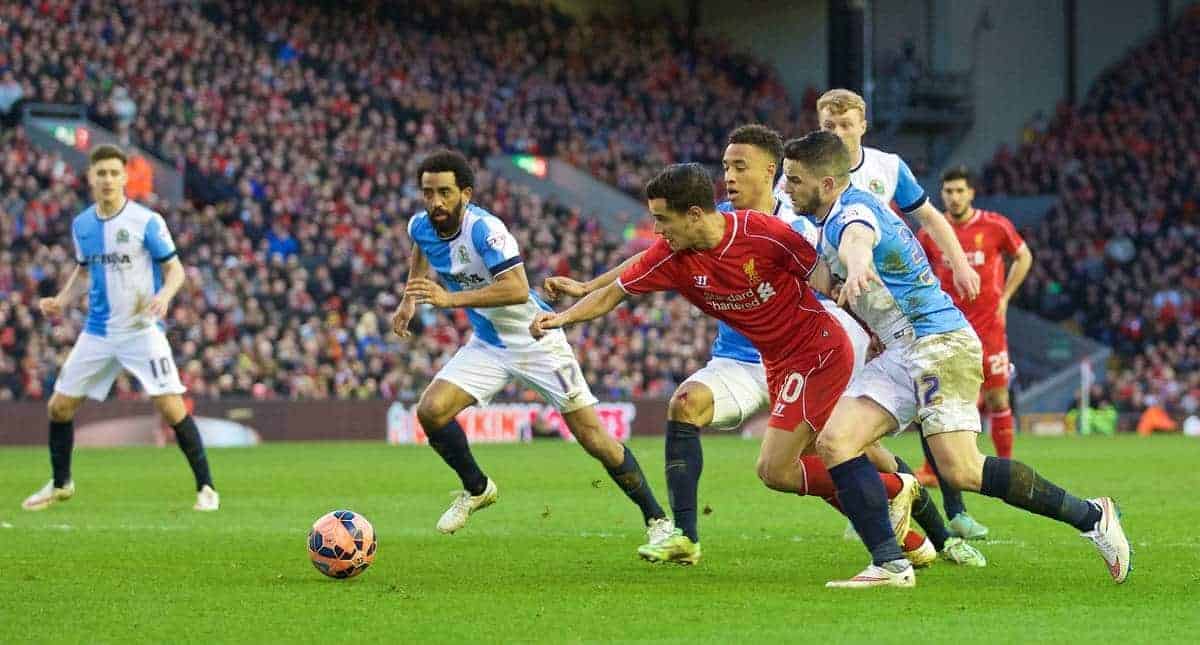 Liverpool will look to knock Blackburn Rovers out of the FA Cup and book a place in the semi-finals on Wednesday night without several key first team players.

Martin Skrtel, Emre Can and Steven Gerrard are all suspended after recent red cards, whilst Adam Lallana looks set to miss the tie through injury.

Lallana missed Saturday’s Premier League defeat at Arsenal with a groin problem and, having not trained with the squad on Tuesday, is expected not to be fit enough to face Rovers, according to James Pearce of the Liverpool Echo.

Jon Flanagan is also sidelined and Jordon Ibe is both cup-tied and injured, but Daniel Sturridge should start after beginning the defeat at the Emirates on the bench.

Blackburn have problems of their own with Paul Wheelock of the Lancashire Telegraph reporting Gary Bowyer’s side could be without Rudy Gusted, Chris Brown, Chris Taylor, Shane Duffy, Jason Low, David Dunn, Grant Hanley, Josh King and Craig Conway.

The Championship side disposed of Leeds Utd 3-0 at the weekend and will be fired up for the visit of Liverpool, welcoming a sold out crowd at Ewood Park.

We’ll have the confirmed starting lineups on This Is Anfield at around 18:45 BST.

Blackburn vs Liverpool gets underway at 19:45 BST and is live on BT Sport 1 in the UK, with radio coverage on BBC Radio 5 Live.

Join Jack Lusby from 19:30 for live text commentary on This Is Anfield and follow @thisisanfield on Twitter for key updates.

Finally, download the This Is Anfield iPhone/Android app (it’s free!) for match build-up and reaction.