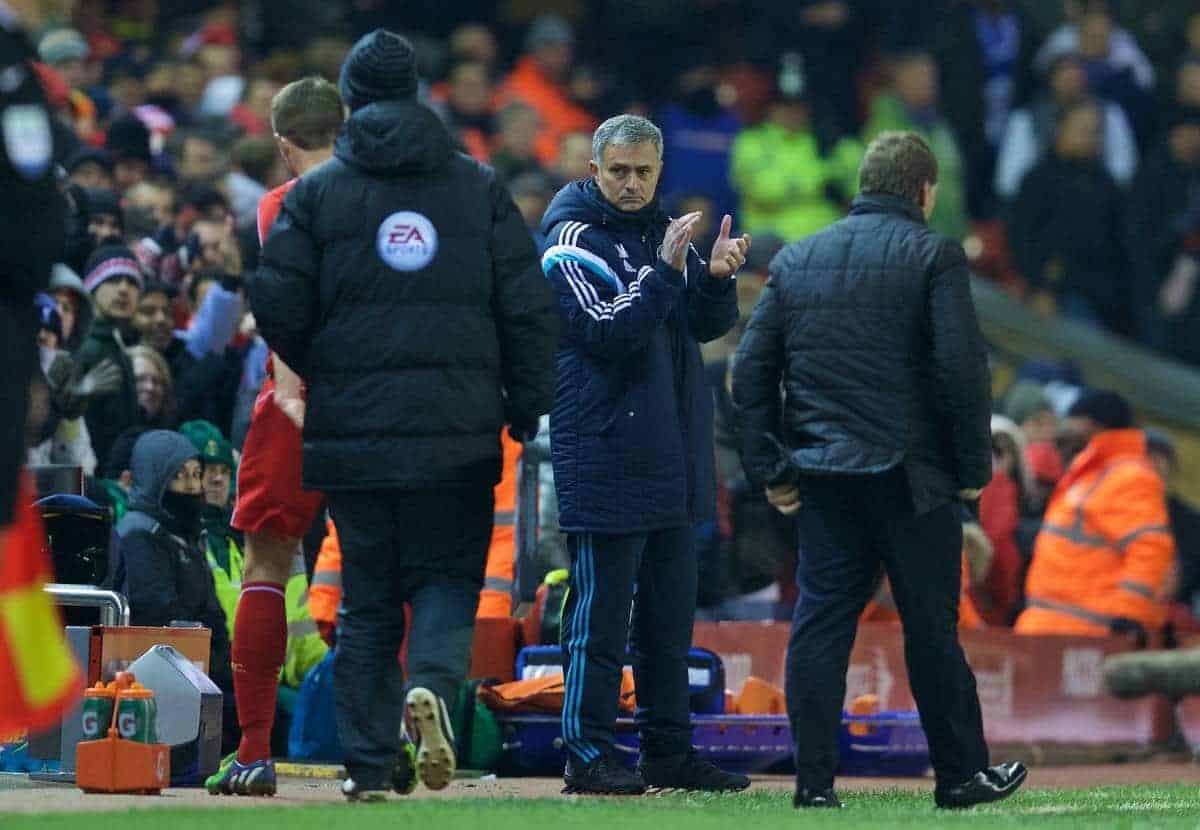 Chelsea manager Jose Mourinho is sad to be facing “dear enemy” Steven Gerrard for the last time and credits the Liverpool stalwart for making him a better coach.

After 17 memorable years as a professional at Anfield, the Reds captain has just three matches remaining before starting a new chapter in Major League Soccer with Los Angeles Galaxy at the age of 34.

Mourinho is sad to see the former England captain make the move Stateside and is more interested in paying tribute to the midfielder this Sunday than the guard of honour the champions are set to receive.

“Liverpool is Liverpool – it is a giant club,” the Portuguese said. “If they want to do that (form a guard of honour), obviously my players are going to accept that with respect.

“Steven Gerrard is for sure one of my favourite enemies – an enemy with all the good feeling I can express with that word in football.

“For sure, in England he is my dear enemy. For sure, he is the one that made me a better manager. To stop him or try and stop him has been very, very difficult.”

Mourinho spoke in the pre-match press conference about the battles he has had over the years with Gerrard – someone he has tried to sign on more than one occasion.

“I want to honour him and I hope Stamford Bridge has the same feeling as I have, which is we need people like him as our opponents.”

Asked whether not managing Gerrard was one of his biggest regrets, Mourinho immediately responded: “No, no. I am very happy that he didn’t (leave).

“I think this is a feeling that stays forever. Who knows, (maybe) I will play against Steven as a Liverpool manager one day.”