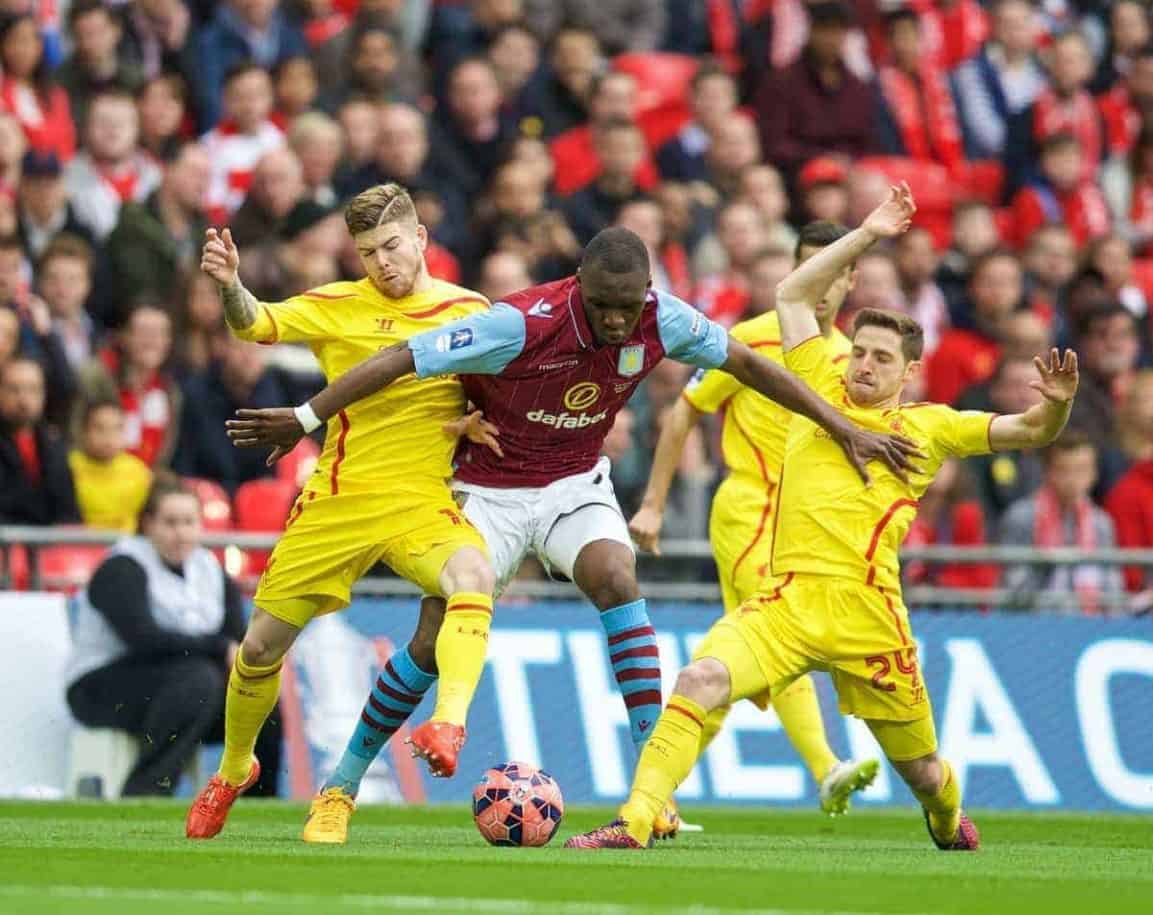 News that Christian Benteke is Liverpool’s “number one target this summer” has been greeted with little enthusiasm from Liverpool supporters.

Reports across all the papers carry the news that the Belgian striker is the man who Liverpool and Brendan Rodgers have identified to solve their goalscoring problems.

With James Milner and Danny Ings identified along with Benteke, plus reports that Rodgers won’t be replaced, nor will the club change their structure to appoint a director of football, most fans seem concerned the club is heading towards mid-table mediocrity.

While Benteke is clearly a good player, should Liverpool really be looking at spending £20 million plus on a centre-forward who is far from being the mobile striker the Reds need?

Rodgers’ sides are hardly famed for lumping the ball into the box for a player of Benteke’s qualities to win headers.

Yes, Benteke is excellent in the air and has constantly outmuscled Martin Skrtel down the years, but name a Premier League centre-forward who hasn’t impressed against Skrtel? Dwight Gayle, Bobby Zamora and Yannick Bolasie have had their best games against the Slovakian.

Here’s a selection of reactions from fans on social media – with many bemused as to why Rodgers wants to sign more players from mid-table Premier League clubs, turning Liverpool into one.

Dear Brendan, Just in case you didn't know, there are players available outside of England. In other leagues. Who can actually play.

I'd much, much rather keep Mario Balotelli than sign Christian Benteke. Same difference in Liverpool's system.

It’s really happening isn’t it? What on earth have we done to deserve this? It’s Lallana v2, in the sense we’re buying a decent (but no better) player for a vastly inflated sum of money which said player will never be worth. They just won’t learn from their mistakes – is it becoming an active effort to sabotage the club?

Definitely would have smashed Stoke with these two… ?? https://t.co/Nr8oyWCE4g

Benteke must be the most unmobile striker I've seen..

Rodgers, Ings, Benteke, Milner, no changes to structure…..if that happens just pencil us in for another midtable finish now.

Rodgers failed to fit two immobile strikers into the team, therefore go out and try to get another one. You can’t make this up. Looking forward to seeing Coutinho at striker next season after Benteke is bench and Sturridge is in Boston to fix his toe nail. Smh

Have our committee really sat down and decided that Ings, Milner and Benteke are the players to take us back to the CL and beyond…

So have our scouts/transfer committee really covered every corner of the globe and come back with Milner, Ings and Benteke? #LFC

Benteke. The poor man's Balotelli that will cost us twice as much as Balotelli.