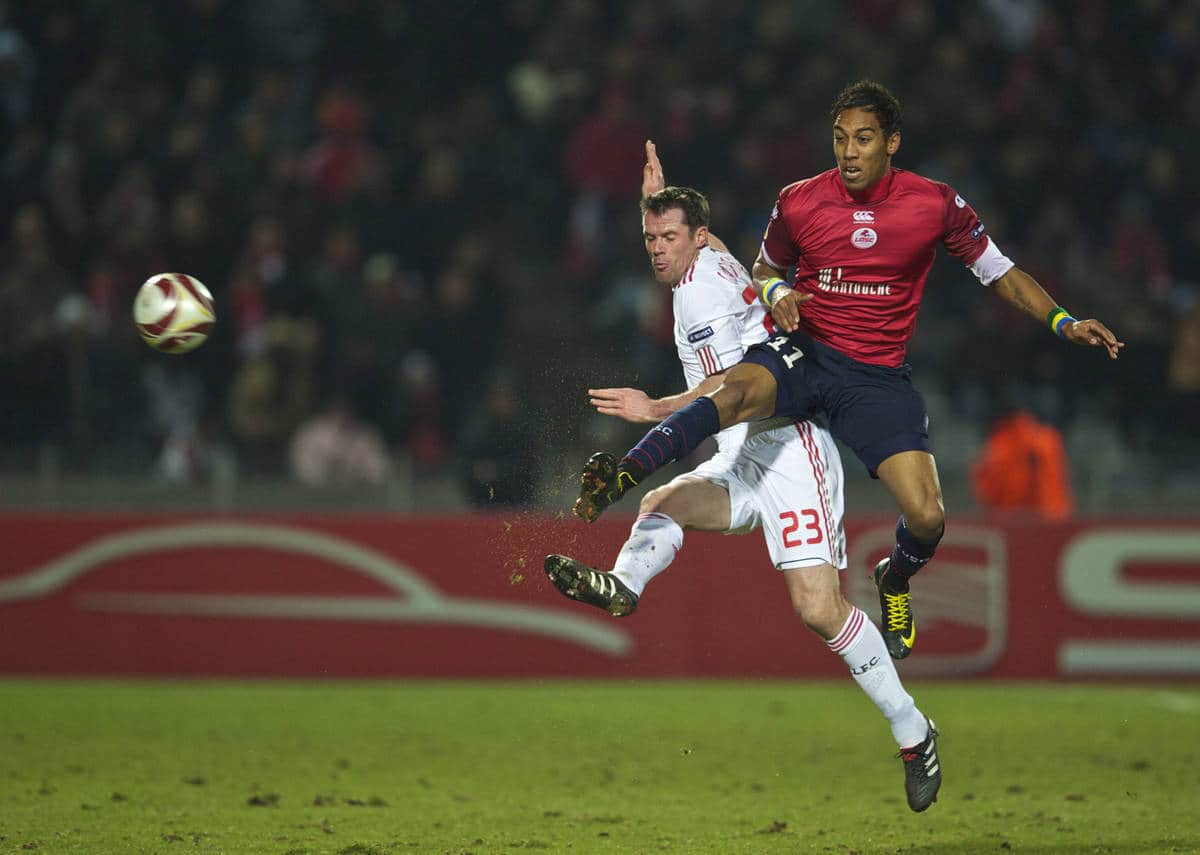 Borussia Dortmund’s Pierre-Emerick Aubameyang is the latest forward to be linked with Liverpool this summer, and Jack Lusby is in favour of a move.

In the aftermath of Liverpool’s failure to sign PSV Eindhoven’s soon-to-be Manchester United winger Memphis Depay, attentions seem to have turned to Borussia Dortmund forward Pierre-Emerick Aubameyang, and the Gabon man would be a great addition to Brendan Rodgers’ squad this summer.

According to reports: “There was disappointment at Anfield when it was announced Depay had agreed to join United in a £25m deal but they will push on immediately with their hunt for new attacking options.

While there is no indication that a concrete move is forthcoming, and only a tentative enquiry is suggested, Aubameyang is a great alternative to Depay.

If Rodgers is intent on bolstering his forward line this summer, Aubameyang should be near the top of his list of targets.

When Dortmund signed Aubameyang from Ligue 1 side Saint-Etienne in 2013, sporting director Michael Zorc outlined just what the Gabon forward would bring to the Bundesliga challengers, who had just lost Mario Goetze to Bayern Munich.

“He is offensively very versatile, has a lot of pace in his game, is a threat in front of goal and will provide us with more options,” Zorc declared.

The soon-departing BVB manager, Jurgen Klopp expressed a similar admiration of the forward’s skills after an impressive start for the club:

“He’s integrated into the team nicely and he fits in well with everything regarding tactics and our style of play. He is willing to improve more and more. His pace is incredible and he’s also technically strong, even though he hasn’t really had the chance to show much of it yet.”

These were all showcased in Aubameyang’s Bundesliga debut—a 4-0 win away to FC Augsburg.

Peeling off the back of defenders, cutting in front of them or driving at them with the ball at his feet, Aubameyang produced the perfect debut.

He scored a hat-trick.

Aubameyang finished his first season at BVB with 13 goals from 32 league appearances, and this term he has continued in this vein.

In 2014/15, Aubameyang has largely been utilised as a centre-forward, following the departure of Lewandowski and the combined failures of Adrian Ramos and Ciro Immobile, and has so far scored 14 goals in 31 games; in all competitions, he has scored 22 in 39.

For Dortmund, Aubameyang’s strengths have been magnified, with the likes of Marco Reus, Shinji Kagawa and Henrikh Mkhitaryan all players who thrive alongside a player of his attributes.

He’s far from a well-rounded, Luis Suarez-type forward, however—Aubameyang has deficiencies to his game that would need to be developed under Rodgers to truly suit his system at Liverpool.

Mainly, this comes in terms of Aubameyang’s defensive contribution.

If the 25-year-old operates as a winger, for example, his duties should include tracking back to support his full-back and working dutifully and intuitively as they overlap on the attack.

Aubameyang is somewhat slack in this department, and off the ball can become lethargic.

This season, he has averaged just 0.6 tackles per Bundesliga game.

Interestingly, however, Aubameyang’s defensive contribution is higher than that of current first-choice Liverpool striker Daniel Sturridge, who has averaged just 0.1 tackles on average per Premier League game this season.

Another of Aubameyang’s main weaknesses comes in possession, where he is remarkably disjointed.

His season’s passing accuracy of 67 percent is lower than all but Rickie Lambert (67%) and Jose Enrique (65%) in Rodgers’ side this season.

The 25-year-old would need to tighten the screws somewhat under Rodgers, but his attacking prowess would still make him an ideal acquisition—particularly given the Reds current forward struggles.

Where Aubameyang Would Fit in at Liverpool With Aubameyang’s versatility, there are various roles that the Dortmund forward could operating in within Rodgers’ Liverpool.

His pace and intelligent movement would work well in a wide role—cutting inside and feeding off the creativity of Coutinho, for example, the 25-year-old could be a deadly proposition in the Liverpool front line.

However, given the paucity in Liverpool’s current centre-forward options, and the likelihood that Lambert, Mario Balotelli and Fabio Borini could all depart Merseyside this summer, a No. 9 role could suit Aubameyang if he was to join the Reds.

He has experience in this role, having performed it throughout 2014/15, and his technical ability and pace would suit Rodgers’ attacking demands much more than they do Lambert and Balotelli.

Aubameyang would, in theory, suit this transition more so than Depay and fellow reported attacking targets Heung-Min Son and Paul-Georges Ntep, who would all be making a rather unfamiliar move.

Liverpool need goalscorers, they need match-winners and they need players with top-level experience.

Whichever role Aubameyang potentially performs in for Liverpool, his success for Dortmund suggests he would be a key player under Rodgers.

Should Liverpool target Borussia Dortmund forward Pierre-Emerick Aubameyang this summer? Let us know in the comments below.