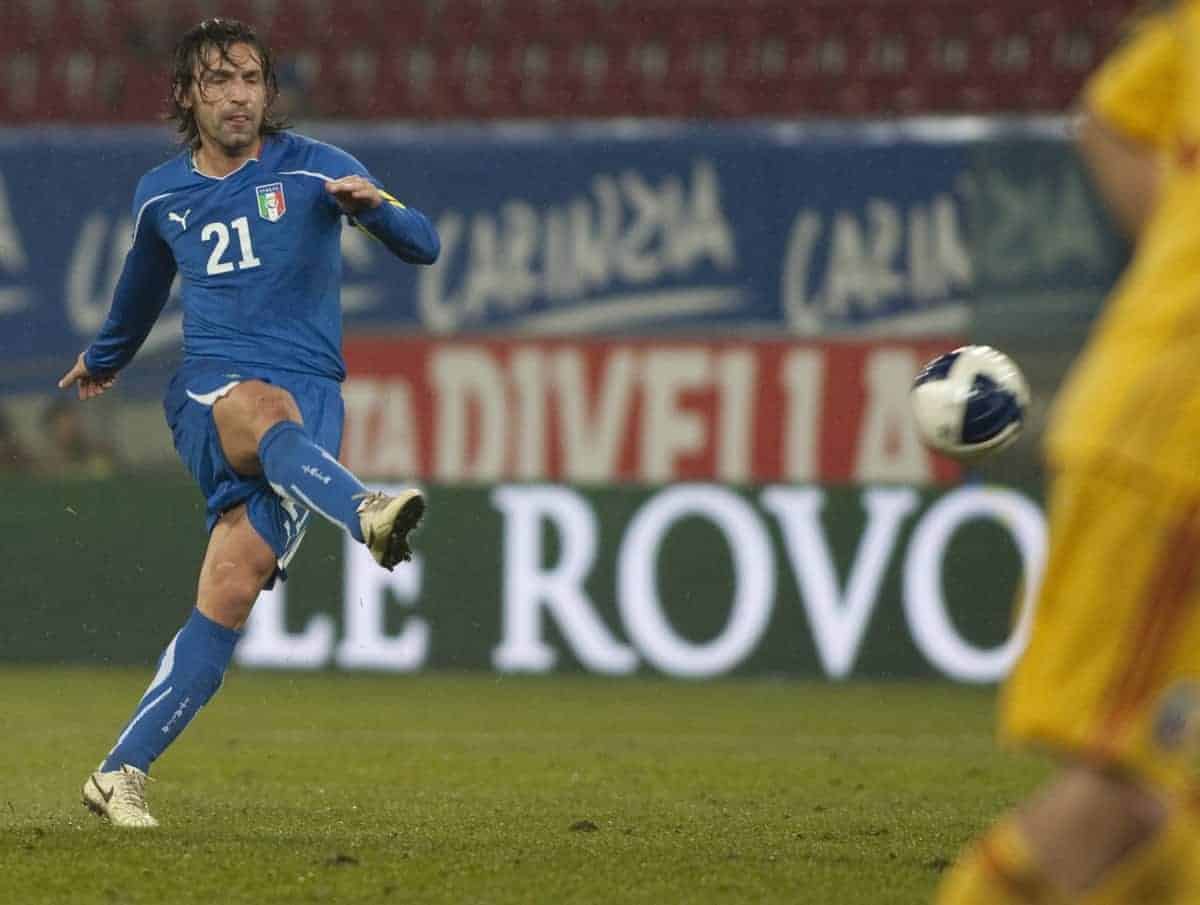 Silly season is definitely here and this is the best (worst) rumour so far. Liverpool are today linked with an “audacious attempt” to sign Juventus midfield maestro Andrea Pirlo.

The Italian outlet Tuttosport, as reported by Forza Italian Football, claim that Liverpool have already made an offer for the former AC Milan midfielder.

They write that: “The Italian international has a contract with the Bianconeri that takes him into the 2016 season, however he may be tempted into making a switch this Summer if the right offer comes along.”

The report also claims that Chelsea, Boca Juniors and MLS sides have expressed an interest in the 35-year-old but that “the most concrete inquiry has only come from Brendan Rodgers’ side.”

After many had suggested Steven Gerrard could flourish in the ‘Pirlo role’ at the base of midfield last season, signing Pirlo himself to fill the role once Gerrard departs this summer would be one way of filling the void left by the departing captain.

Pirlo famously missed a penalty in the 2005 Champions League final with AC Milan against the Reds, something that made him feel like quitting football – here’s what he told the Daily Mail last year:

I thought about quitting because, after Istanbul, nothing made sense any more. The 2005 Champions League final simply suffocated me.

To most people’s minds, the reason we lost on penalties was Jerzy Dudek – that jackass of a dancer who took the mickey out of us by swaying about on his line and then rubbed salt into the wound by saving our spot kicks.
But in time the truly painful sentence was realising that we were entirely to blame.

How it happened I don’t know, but the fact remains that when the impossible becomes reality, somebody’s f***ed up – in this case, the entire team. A mass suicide where we all joined hands and jumped off the Bosphorus Bridge.

When that torture of a game was finished, we sat like a bunch of half-wits in the dressing room there at the Atatürk Stadium.

We couldn’t speak. We couldn’t move. They’d mentally destroyed us. The damage was already evident even in those early moments, and it only got more stark and serious as the hours went on.

I didn’t dare look in the mirror in case my reflection spat back at me. The only possible solution I could think of was to retire. And what a dishonourable retirement it would have been.

I glimpsed the end of the line: the journey was over. The story was finished and so was I. I walked with my head bowed even in the places I hold most dear. It wasn’t to avoid sympathetic glances, just that when you don’t know where you’re going, looking ahead makes you tired and worried.

Anyway, what a rumour!