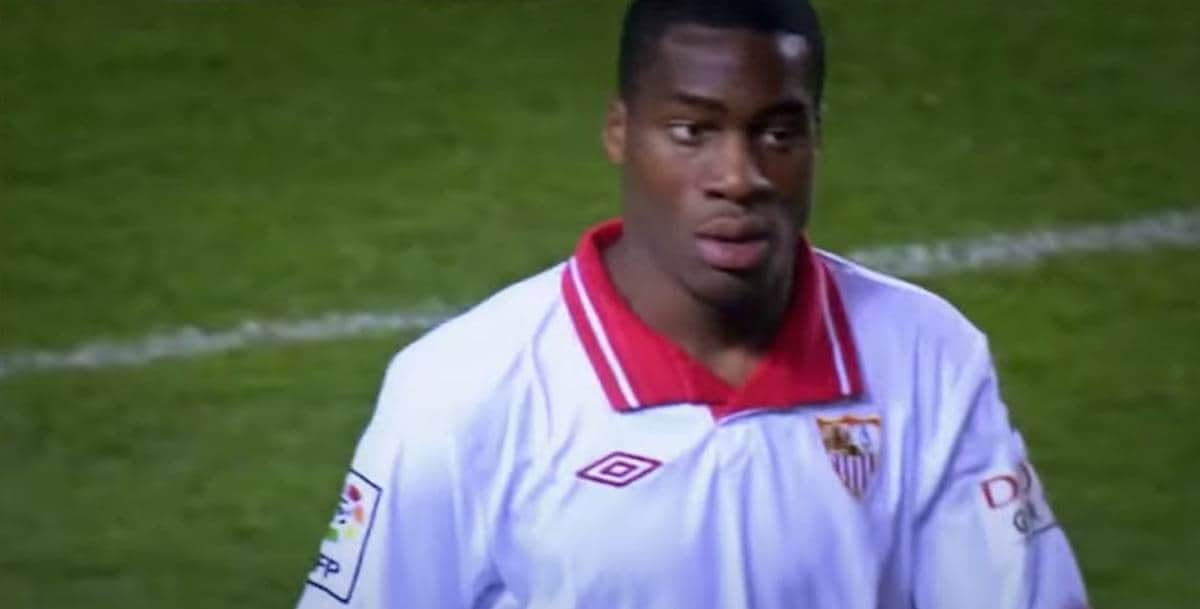 With the need for Liverpool to sign a defensive midfielder this summer abundantly clear, Jack Lusby assesses whether AS Monaco’s Geoffrey Kondogbia fits the bill.

So far focussing heavily on the attacking end of the field, Brendan Rodgers must also look to plug the defensive gaps in his squad in this summer transfer window—with a defensive midfielder the priority.

But would AS Monaco’s Geoffrey Kondogbia be a prime candidate for this holding role?

Kondogbia, 22, has been tentatively linked with a move to the Premier League this summer after starring for the Ligue 1 side this season—Monaco just scraped Champions League qualification with a third-placed finish this season.

If, however, Kondogbia was tempted with a move to the Premier League, should Liverpool make a move for the Frenchman?

Fundamentally, the role of a defensive midfielder is to sit in front of the defensive line, mop up loose balls, make decisive tackles and intelligent interceptions to stop threatening opposition plays before become a danger.

Kondogbia does most of that to a very high standard.

Across his 23 Ligue 1 appearances this season, Kondogbia averaged 3.1 tackles per game. This is comparable with the very best defensive midfielders in the Premier League, with Morgan Schneiderlin (3.7), Nemanja Matic (3.6) and Francis Coquelin (3.2) all posting similar figures.

Kondogbia also averaged 2.5 interceptions per league game, which is more than Matic (two) and slightly less than Schneiderlin (2.6). The sensational Coquelin averaged 3.7.

Interestingly, Kondogbia is a more difficult player to get past than Matic (2.2) and Schneiderlin (1.3) however, as he was dribbled past just 1.2 times per game on average, the same number as Coquelin.

Liverpool’s own Lucas Leiva averaged 3.9 tackles, 1.6 interceptions, was dribbled past 1.5 times per game and completed 87.2 percent of his passes.

What separates Kondogbia from many other defensive midfielders is his ability to bring the ball forward, which is of course paired with his protective duties in the holding role.

Kondogbia averaged 1.7 successful dribbles per Ligue 1 game last season, which is more than all but three Liverpool players in the Premier League in 2014/15—Jordon Ibe (two), Raheem Sterling (2.9) and Philippe Coutinho (3.1).

Bearing in mind these are all advanced, attacking players, Kondogbia’s rate is exceptional—of all defensive midfielders in the Premier League, only Fabian Delph (2.2) averaged more.

As Rodgers is speculatively reported to be happy to sell Lucas this summer as he is “not dynamic enough,” this quality should endear Kondogbia to the Reds manager.

While an imperious, physical defensive-midfield option, does Kondogbia have any weaknesses that Liverpool must consider?

At just 22, there are of course weaknesses to Kondogbia’s game.

One facet that detracts largely from his defensive prowess is the frequency with which he commits fouls in the tackle.

Kondogbia averaged 1.3 fouls per Ligue 1 game this season. When compared to that of Lucas (1.4), this is an obvious deficiency that Liverpool supporters are well aware of—the Brazilian is synonymous with the reckless, often unnecessary, challenge.

However, this is quite a common trait in the destroyer-type defensive midfielder. Matic averaged 1.3, Schneiderlin averaged 1.8, Coquelin averaged 1.4, Alex Song averaged 1.9 and Victor Wanyama averaged 2.1.

Not all defensive midfielders can be Michael Carrick (0.4) or Sergio Busquets (0.8), utilising their intelligence and finesse to mould games.

It can be argued, however, that this is an occupational hazard, and that Kondogbia’s three Ligue 1 yellow cards attests to a fairly high level of discipline.

Elsewhere, there are also questions over his tactical nous, with positioning another weakness within Kondogbia’s game—particularly when he was at Sevilla.

The 22-year-old often relies on his athleticism to bail him out when out of position in defensive situations, perhaps sometimes quelling danger counterintuitively.

At such a young age, though, Kondogbia is still a raw talent, particularly in the position that he plays. It would be expected that this tactical intelligence and positional awareness would develop with experience.

In short, these are minor flaws that will be ironed out with time.

Where Would Kondogbia Fit in at Liverpool?

There is an obvious place for Kondogbia in the Liverpool first team, and it’s a gaping hole within Rodgers’ tactical outlook.

Liverpool are in desperate need of a defensive midfielder, and in terms of players suiting the club’s transfer strategy—buying young, aiming to develop—there are few better options out there than Kondogbia.

Kondogbia would be an ideal candidate to sit in the holding position, and would allow the likes of Emre Can, Jordan Henderson and Philippe Coutinho more freedom in probing forward.

He could also support attacks when required, which should be considered a bonus by Rodgers—although not a requisite.

Of course, currently turning out for Champions League-qualified, tax-exempt Monaco, there may be difficulties in engineering a deal.

Would he leave to join Liverpool?

There is, at least, precedent for players to use Monaco as a money-building stopgap, with former Manchester United loanee Radamel Falcao the perfect example, so a move may not be entirely out of the question.

If possible, Liverpool should go all-out to sign Kondogbia, who would be the solution to so many problems.

Should Liverpool target AS Monaco midfielder Geoffrey Kondogbia this summer? Let us know in the comments below.