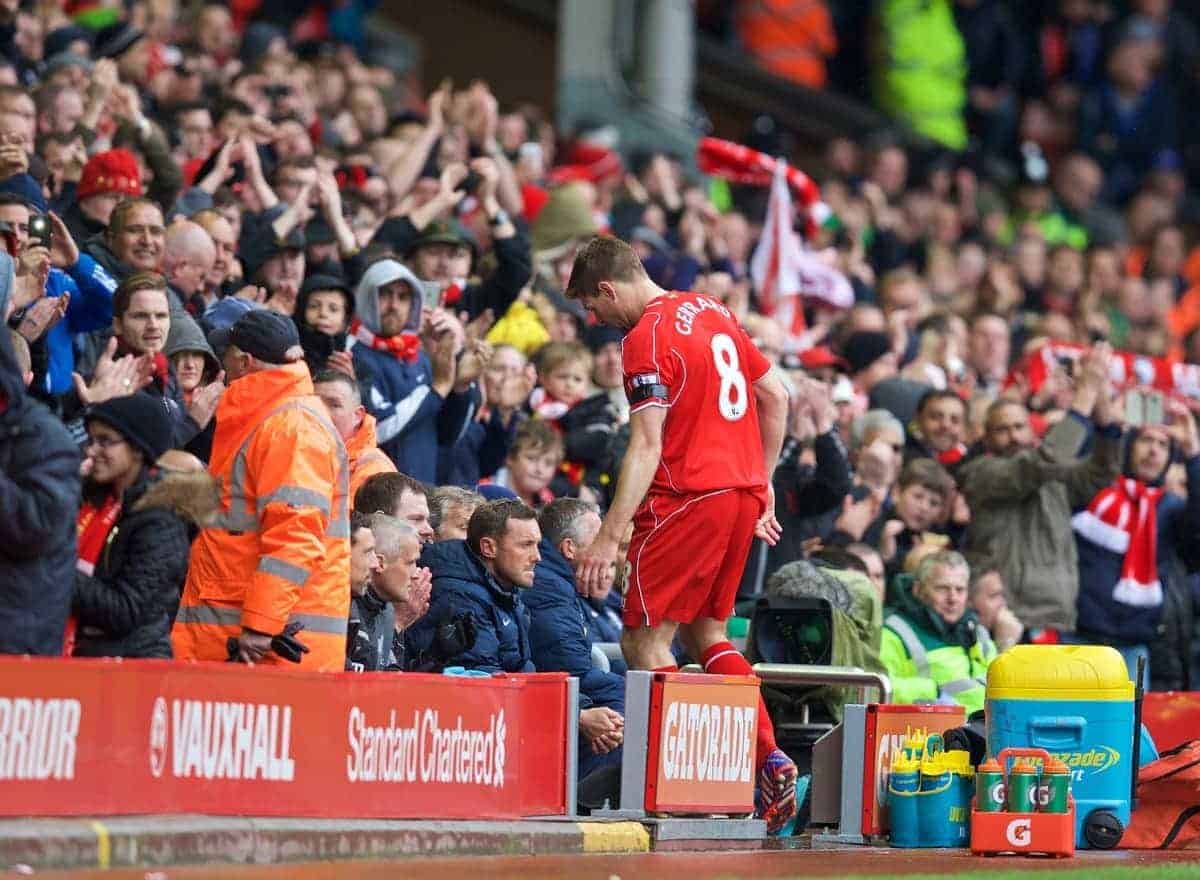 Steven Gerrard scored his 184th goal for Liverpool on his penultimate Anfield appearance before he leaves the club after 17 years this summer.

The goal recovered Gerrard from his earlier penalty miss as Robert Green saves his spot kick.

You could see what the goal meant to the 34-year-old, celebrating in front of the Kop before being subbed immediately after to receive a rousing standing ovation from all sides of Anfield.

LFC fan channel The Redmen TV captured the ovation from behind the bench at Anfield and from the Kop.