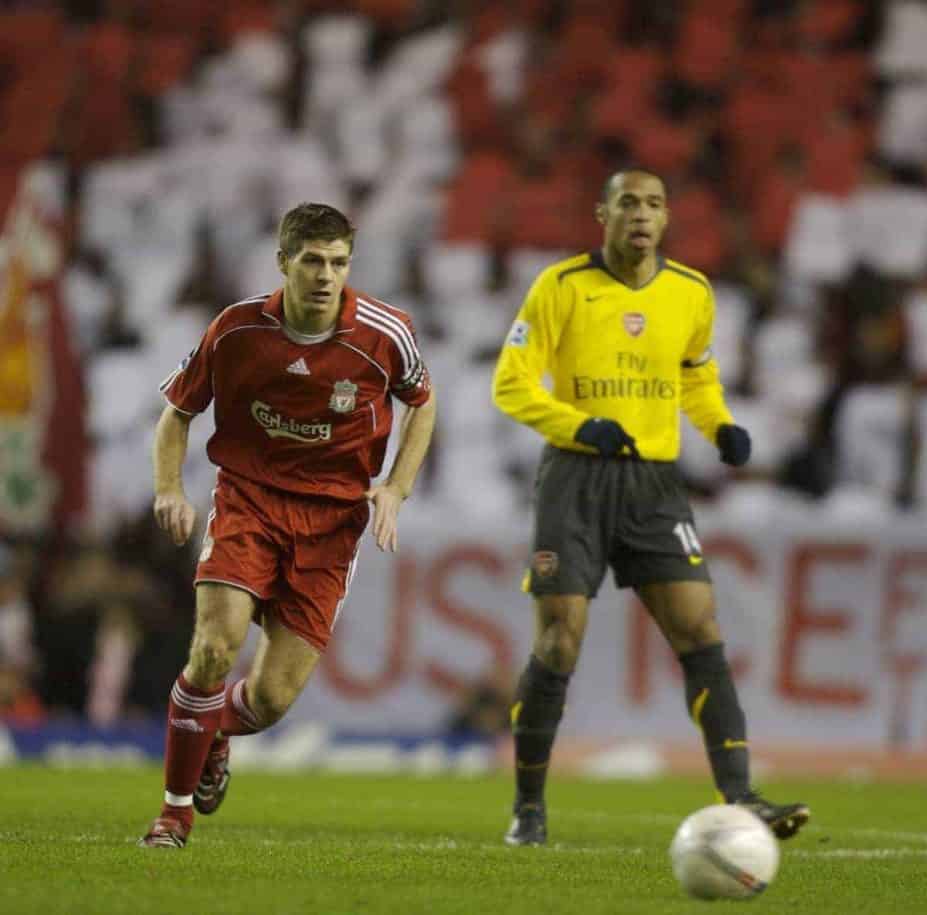 Thierry Henry has paid tribute to Steven Gerrard as the Liverpool midfielder prepares for his final games for the club.

Gerrard will step out in front of the Anfield faithful for the final time as a player this Saturday when Liverpool take on Crystal Palace at Anfield.

Former Arsenal, Barcelona and New York Red Bulls star Henry said he has “so much respect” for Gerrard, who will move to LA Galaxy this summer.

“He’s given us so much pleasure – and trouble when I was playing against him for Arsenal!” Henry said. “He’s one of the best players to play in the Premier League.

“His goals, mannerisms, the way he drives his team, making everyone believe they could win the game even though they were 3-0 down — there are so many special moments he gave the league and the Liverpool fans.

“It has been more than a privilege to play against him.”